Parts and Performance Tech and Tips 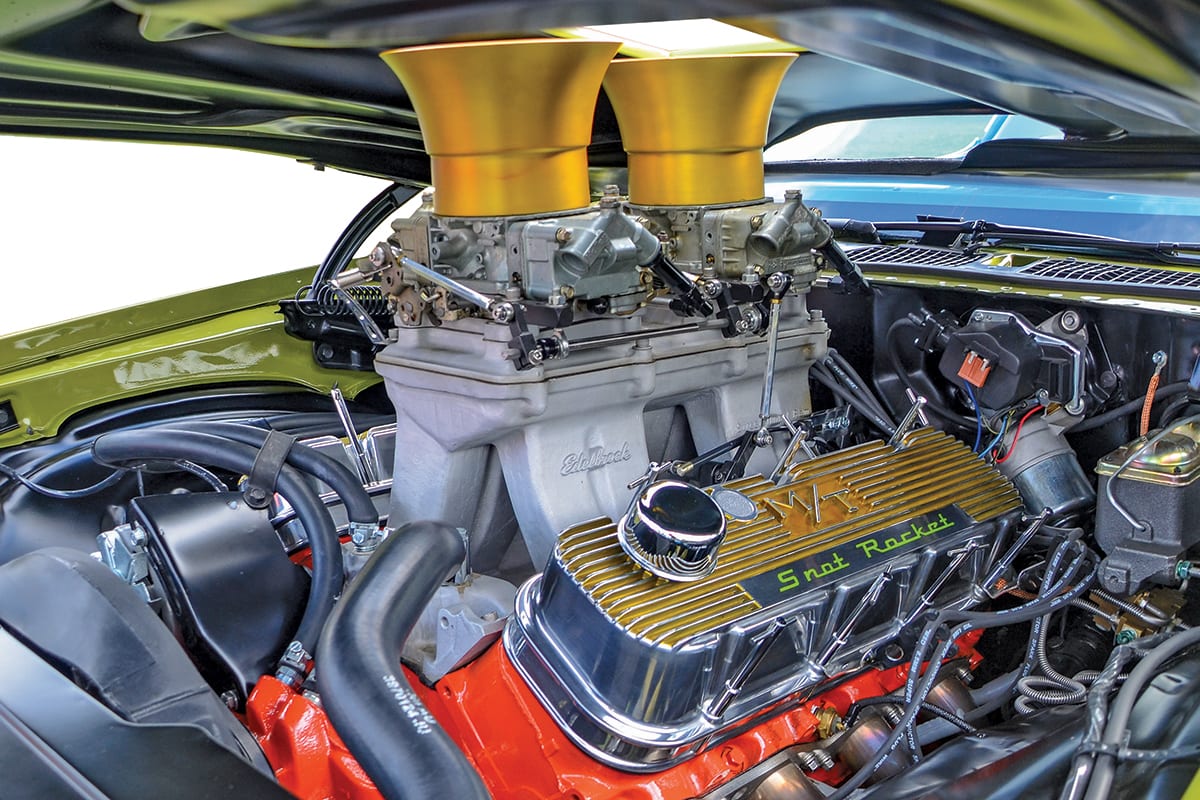 Hot rodding has always been built on Moore’s Law — “More is better, too much is just right.” And with that in mind, what could be more “More” than multiple carburetors? They’ve been a staple of racing and high-performance cars for at least a century.

Multiple carburetor setups reached their zenith with the introduction of the tunnel-ram intake manifold, in the mid-1960s. Built specifically for high-rpm use in drag racing, these giant intakes flowed voluminous amounts of fuel and air from a pair of four-barrel carbs, through long, fat, arching intake runners that towered proudly above the engine.

The setup looked insanely cool. All that visual performance was further enhanced by the fact that a tunnel ram rarely fits under the hood, except on a few vehicles with massively deep engine compartments (1953-56 Ford F-100s come to mind.) Bolt a tunnel ram on your engine, and it’s gonna show. Period.


It was in the funky, freewheeling 1970s that tunnel rams really made the leap from track to street. Then the trend picked up speed as the decade went on, with the burgeoning Pro Street movement hanging all types of serious drag-racing equipment on burger-stand cruisers. Tunnel rams continued to grow in popularity into the 1980s, as street-machine fashion increasingly welcomed anything that stuck miles-high above the hood – carbs, intakes, scoops, injector stacks, turbochargers, blowers, gauges, and whatever else could be bolted into the driver’s line of sight. Let’s face it, tunnel rams became popular not only because of their performance potential, but also for the visuals they offer. A pair of carbs poking through the hood will always capture attention.

But as the Pro-Street movement matured (kinda’ like saying Hair Metal bands “matured” isn’t it?), tunnel rams started losing popularity for street use. Builders seemed to increasingly favor GMC-style blowers. If nothing else, blowers had an audio presence that tunnel rams couldn’t match. The telltale whirring sound of a gilmer-belt-driven 6-71 announced a car’s presence blocks away, commanding the undivided attention that the Pro-Street crowd craved.

Alas, blowers and tunnel rams both fell out of favor as the 1980s came to a close. Car builders were starting to realize how nice it was to actually see what’s in front of them while driving, without looking around all the quasi-race-car gadgetry. They were also learning ways they could go just as fast, or even faster, using parts that didn’t hang out in the breeze.

So, okay, the tunnel ram has a shaky history on the street. Cool looking. Decent power potential. But tough to get it right for normal driving. So, is this an old-school trend that needs to come back? Maybe. It’s not for everybody. It never really was. But for the right kind of street machine, it’s a killer statement unlike any other. It’s the pinnacle induction piece for a 1970s throwback build.

Perhaps surprisingly, all the components for a tunnel ram setup are still available from mainstream suppliers like Speedway, Summit, and JEGS. They even offer complete street packages that include the manifold, carbs, and throttle linkage.

The key to making a tunnel ram work on the street is to be sensible about your carb choices. At the peak of the Pro Street era, it wasn’t unusual to see guys crowning their street-driven tunnel rams with a pair of Holley Dominators. But with an airflow rating of 1050 or 1250 cfm each, most street-driven engines can’t handle one of these monster carbs, much less two.

A more sensible choice is a pair of 450cfm four barrels. It’s still a combined flow of 900 cfm, on an intake with crazy amounts of plenum and runner volume — challenging for street use. But with the 450-cfm setup, you at least have a shot at making it work. Add some polish and chrome, and a tunnel ram setup becomes even more of a focal point on a street machine, as seen on Tracy Fisher’s Corvette.

That said, some builders are of the opinion that the 450’s mechanical instead of vacuum secondaries are a liability that somewhat offsets this carb’s relatively small flow rating. Others say to go with a pair of even-smaller 390cfm Holleys. Others prefer 660-cfm Holleys…or 500-cfm Holleys…or…hey there’s probably someone out there who says a pair of Quadrajets would be the ultimate in tunnel-ram carburetion.

Ahhhh, the internet. You know how it goes.

If you read the December 2020 Goodguys Gazette guide on vintage-style EFI, you might also start daydreaming about a retro ’70s-style tunnel ram setup that benefits from the tuning and drivability benefits of electronic fuel injection. That could be cool. Heck, Edelbrock even offers some of its tunnel ram intakes with injector bungs already cast into place.

If you can wade through all the information (and misinformation) and get it sorted out, a tunnel-ram setup pretty much guarantees a big-time, old-school cool factor and in-your-face attitude.

So, waddya’ waiting for? Fifteen hundred bucks or so gets you all the pieces you need, brand-new, ready to go. The Fundamentals of EFI –...