The Great Race – A Thousand Miles of Smiles

Ever been on a road trip? How about one across multiple states? Why not take the ultimate road trip with 120 other participants racing to a finish line with prize money totaling over $150,000 (with $50k going to the winner)? This is the beauty of the Hemmings Motor News Great Race presented by Hagerty. This year, over 100 teams embarked on a journey of a lifetime. This year’s route started in Jacksonville, FL and made its way north to Traverse City, MI. Nine days, five states, and 1,165 miles – these cars face the ultimate challenge. How challenging? Each day the driver and navigator team receives a set of course instructions that indicate every turn, speed change, stop, and start that the team must make throughout the day (usually 220 to 250 such instructions per day). Along the course route, there will be from four to seven checkpoints recording the exact time the team passes that specific point. The objective is to arrive at each checkpoint at the correct time, not the fastest. The score for each team is the result of the team’s ability to follow the designated course instructions precisely. Every second off the perfect time (early or late) at each checkpoint is a penalty point. This format is much more mentally demanding than a flat-out cross-country race. Also, GPS or computers are not permitted and odometers are taped over. This is a test of human mental agility and endurance as well as classic car endurance, rather than programming capability. The course avoids timed segments on interstate highways, opting instead for scenic local, county, and state highways whenever possible through some of the prettiest country in the United States. We had the chance to catch up to the field on a quiet Sunday evening in Chattanooga, Tennessee as Coker Tire Co. welcomed the arrival of The Great Race participants. Gathered around the welcome banner on the sides of the streets, the local Chattanoogan’s held up their welcome signs and waved the American flags to welcome the 120 vehicles rolling in. The teams consisted of husbands and wives, grandparents and grandkids, friends, parents and children. A great way to bring families together and enjoy the beautiful country of America right? The immense excitement was evident as the field entered the hometown of the Great Race sponsor, Coker Tire. There was plenty of cheering, high-fives, and thumbs up all around as emcee Corky Coker announced each participant cruising through the checkpoint. If you have ever wanted to put your classic car to the test – this would be the event to do it. This race has been going on since 1982. Started by Tom McRae, an ordinary car guy with an extraordinary dream of creating a race that would go down in history, he pulled it off and then some. The Great Race vehicle entries are divided into five classes including The Grand Championship Division, Expert Division, Sportsman, X-CUP and the Rookie Class. It is truly phenomenal that these 1972 and older vehicles still run and drive across the country. The appeal of The Great Race is international with entries and drivers coming from Japan, Australia, and England. A true team work experience is needed to be successful in this race, from driving skills, to navigation, and knowing your vehicle – if something should break (and something ALWAYS breaks on old cars). When all 1,165 miles had been logged Beth Gentry and Jody Knowles took the overall win in their 1932 Ford Cabriolet (winning the overall title and Expert class as well) while Howard and Doug Sharp took the Grand Championship division with their 1916 Hudson. The 1963 Dodge Dart convertible of Olivia and Genna Gentry took home the Sportsman class spoils while a 1928 Model A Ford took home the X-Cup division. Having the chance to attend the Chattanooga stop only confirmed what we have heard for decades – the Great Race provides over one thousand miles of smiles! 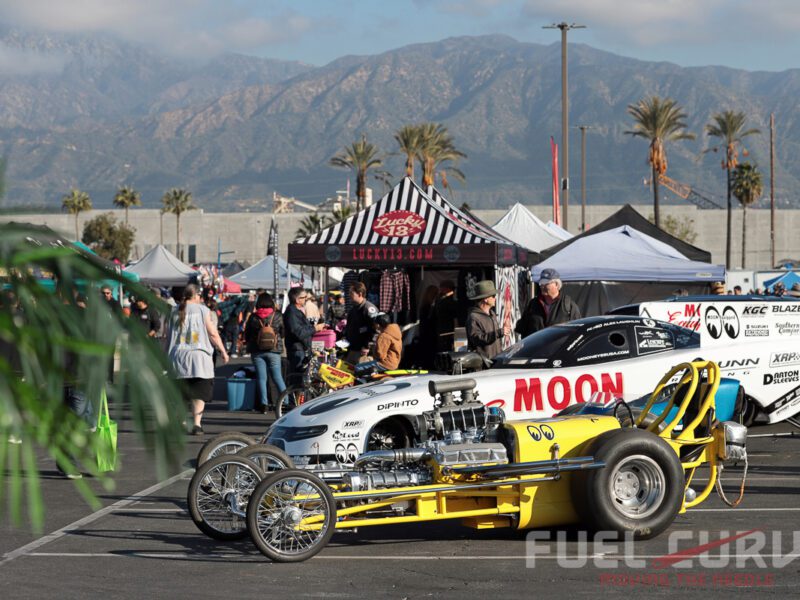