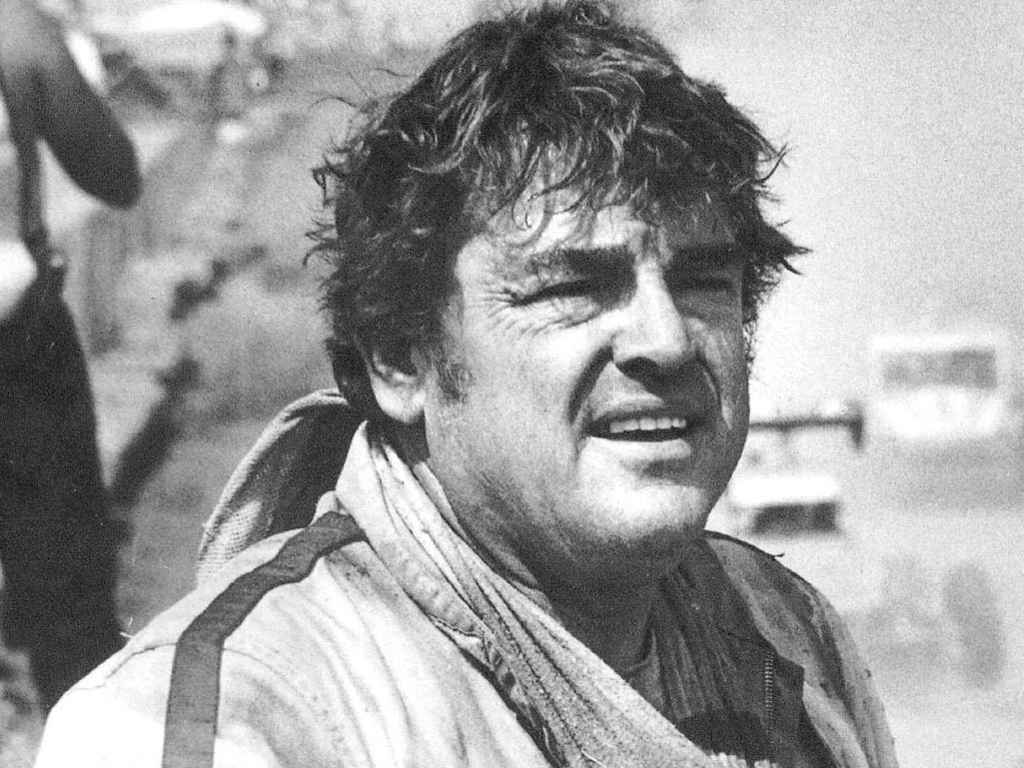 If hot rodding and racing could claim a true Renaissance man, Mickey Thompson would have been it. From racer to marketeer, innovator to promoter, Thompson’s influence touched nearly every corner of the motorsports realm. By the time of his tragic death in 1988, his curriculum vitae included Bonneville record setter, Indy 500 visionary, drag race winner, off-road event pioneer, and aftermarket salesman. You name it, and M/T had his fingerprints on it.

Born in El Monte, California, in 1929, son of a tough Irish cop, Marion Lee “Mickey” Thompson inherited his father’s resiliency and work ethic. By junior high school, he was already captivated by all things mechanical, and he funneled his boundless energy into shop classes and mathematics.

Thompson’s first car was a 1927 Chevy he paid seven bucks for. He was 14. While he may have been too young to drive, it didn’t stop him from racing at the dry lakes, turning heads with his surprising speed. His car’s performance was due to various home-brewed performance parts like a garage-fabricated quick-change rear-end made from a 1936 Ford center section and scrap metal. It wouldn’t be his last innovation. Shortly thereafter, Thompson bolted twin flatheads into a 1932 Bantam coupe; it tripped the clocks at Bonneville at 194 mph — and that was before he installed a Chrysler Hemi with a GMC supercharger, one of many “firsts.”

Another came in 1955 when he designed and introduced the first slingshot dragster, putting the driver behind both the engine and the rear axle for improved traction. Propelled by this breakthrough, Thompson was the first to break the 150 mph barrier in the quarter mile. Of course, racing down a drag strip didn’t satisfy Mickey. He had to manage one, too. Which is how he talked his way into managing the new Lions Club Associated Drag Strip in Long Beach, California.

Thompson wasn’t content to drive in a straight line either. Sports car racing beckoned, and he soon was tearing up the road courses in the mid-1950s behind the wheel of a Caddy-powered Kurtis Kraft race car. But the Salt Flats remained his first love, so it was back to Bonneville in 1960s with one of the most famous streamliners of all time, his 4-wheel-drive, four-engined Challenger 1. He turned a mind-boggling 406.6 mph — a record for a wheel-driven vehicle. But his place in the record books was denied by a broken driveshaft on the return run. He soon earned the moniker “Fastest Man on Wheels.”

This period also saw Thompson foreshadow the potential of the automotive aftermarket when he established the Mickey Thompson Equipment Company, first offering speed parts for Pontiac engines. Later “M/T” expanded to cover all manner of performance goodies, including a successful brand of tires.

At that point, Thompson had come into his own as a designer and innovator, thus he was drawn to the “Greatest Spectacle in Racing,” the Indianapolis 500. In 1962 he designed and entered America’s first mid-engined Indy car. He hired Dan Gurney to drive. The following year he showed up at the Speedway with the first wide-profile, low-aspect-ratio tires. In 1964, he entered two cars at Indy. Tragically, a horrendous fiery first-lap crash claimed the life of Thompson’s driver Dave McDonald (as well as Eddie Sachs).

Drag racing was never far from Thompson’s attention. He built the first monocoque Funny car powered by a Ford Boss 429 and by 1970 was dominating the sport with drivers Danny Ongais and Mike Van Sant, even winning the 1969 NHRA Nationals

Next up: off-road racing. Mickey raced in Baja for the first time in 1969 but it wasn’t long before Thompson would become synonymous with off-road and desert racing — as both racer and promoter. In 1978, he launched the Mickey Thompson Entertainment Group that promoted and sanctioned indoor stadium off-road racing. Thompson was a keen competitor as well, piloting dune buggies and pickup trucks. In 1982 he co-drove a V-8-powered buggy with Terry Smith to victory in the Baja 1000.

By the mid-1980s, he and his wife Trudy managed the Mickey Thompson Entertainment Group which became his primary occupation. As MTEG grew, he hired more staff and became more hands-off and looked to a more relaxed future. Fate had other plans. On the morning of March 18, 1988, he and Trudy were killed by two hooded gunmen outside their southern California home.

The tragedy cut short arguably hot rodding and motorsports’ most influential — and prolific — personality. His son, Danny Thompson, is dedicated to his father’s legacy, hoping to break the 500-mph barrier in Challenger II, a two-engine streamliner that Mickey built in 1968, Danny has restored the car and has already run 419mph.

Danny, of course, has a unique perspective on Mickey’s career. What made the man tick? What was his secret to success? “The answer is simple,” said Danny. “Work ethic. He worked his butt off. And if you told him something couldn’t be done, well, he worked to prove them wrong. He was not afraid of failure.”

Mickey Thompson seldom failed, as the record books and list of accomplishments prove. M/T was a unique talent, one that has yet to be equaled and probably never will be.