Most people know Barry White from his successful Discovery Channel show “Wrecks to Riches” that aired nearly 15 years ago. But he’s best known to the hundreds of customers who enjoy the cars that have been built in his Southern California shop through the years, Barry’s Speed Shop.

Barry’s Speed Shop today is located in a 10,000sq. ft. bulding in Corona. It’s smaller now than it was years ago when a staff of 18 people worked in three buildings, and Barry likes it that way. The customers have changed, too. The shop isn’t doing as many high-end show cars as in years past, but full builds are still part of the mix. This photo is a great example of the project car variety found in the shop – everything from a Deuce coupe and a ’50s Chevy pickup, to an early-’70s Vega.

These days a good portion of the shop’s time is spent upgrading older builds – LS engine swaps, for example – and converting older cars to more modern technology, like upgrading powertrains and suspensions. Often a car looks the same leaving the shop as it did when it entered, Barry said, but the car is essentially new underneath. The shop also helps customers maintain or repair cars that were built in the shop. 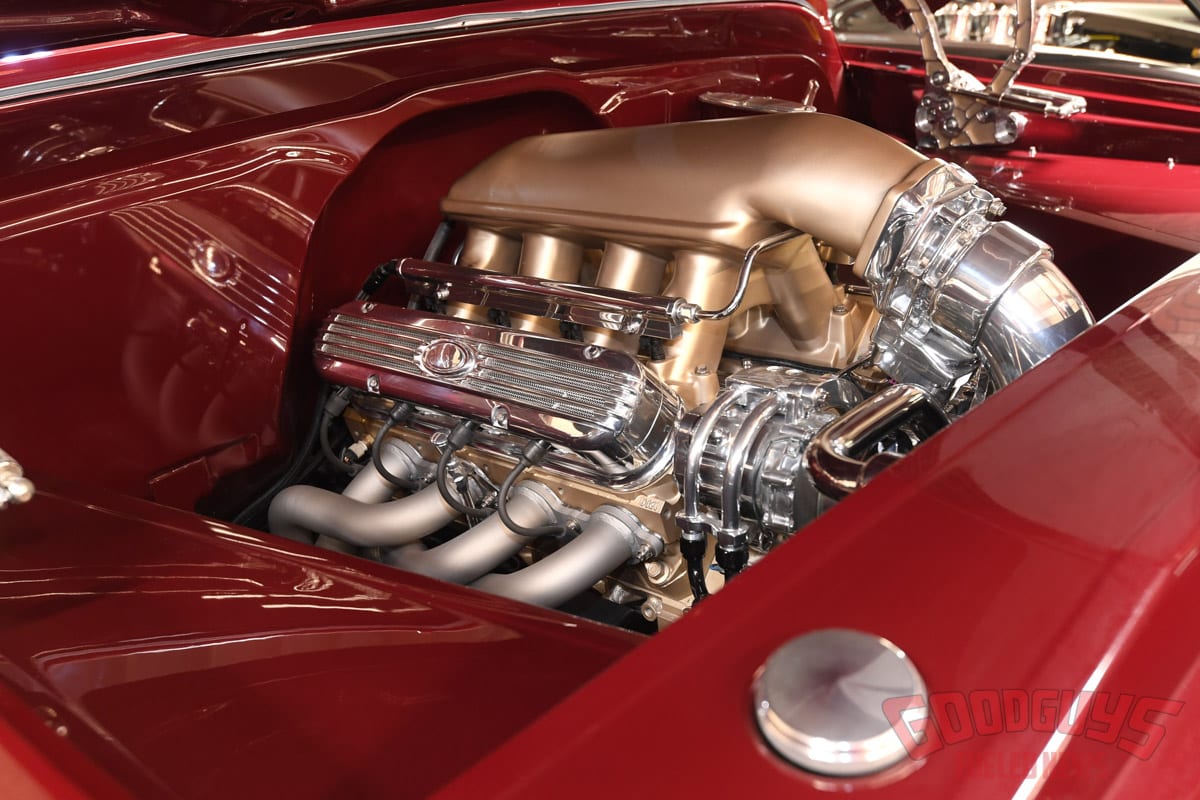 Barry’s start in the business began at home. His dad was a drag racer (he built modified roadsters in the family garage), so Barry and his brother played in the garage as youngsters. “You get hooked that way,” Barry said. “We always raced, so we were constantly building cars. I just decided one day that I didn’t want to buy someone else’s car, I wanted to build my own. So, I just started building cars.” Barry has never been one of those people who can’t let go of a car that he built. “My problem is that when I’m done with them, I’m done,” he said. “I’m ready to move onto to something else because I want to do something different.” That philosophy works perfectly if you’re going to operate a shop successfully, which Barry has done for more than 30 years. “That’s the business we’re in,” he said. “When we’re done and the guy drives it away, we’re on to something else. We started out doing nothing but pre-’48 cars, but we’ve watched it evolve.”

Barry says that while customer demographics are unchanged over the years, the cars, the quality and the expectations have. Consider the cars. While ’30s-era hot rods are still popular, newer models and styles are evident in the variety of cars in the shop today – a Camaro autocross competitor, a ’56 Chevy, a ’69 Camaro, a ’33 three-window Ford, a ’56 Ford pickup, a ’66 Charger with a new Hemi powerplant, and more. The quality of the builds has improved, too. “Today the high-end cars that we built 10 years ago are now the cars you drive to cruise nights,” Barry said. “We all push each other because we watch what the other guys are doing. We push each other to be better and better.” 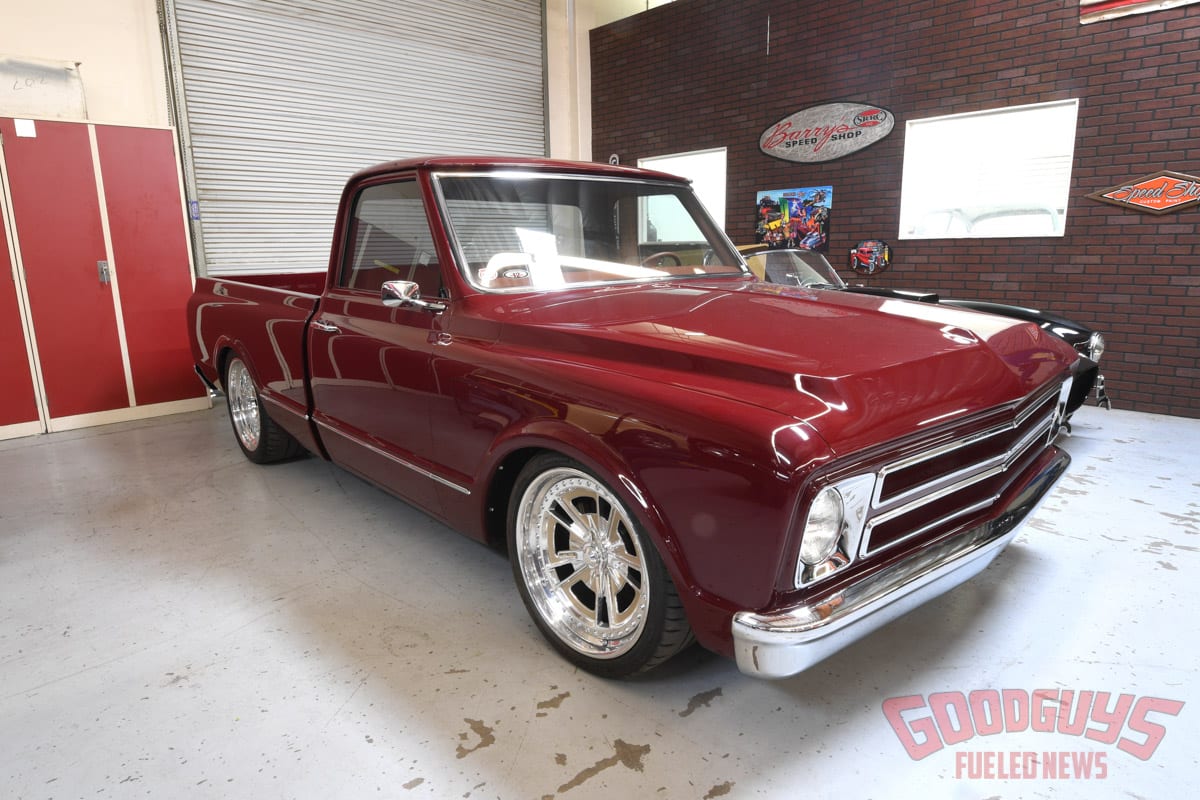 The clean, classy look of Andy Carlson’s ’69 Chevy C10 is indicative of the look and build quality that comes out of Barry’s Speed Shop. The truck was a finalist for the Goodguys 2018 LMC Truck of the Year Late title. Customers also want modern technology woven into the cars. “The technology from the Big Three trickles down pretty quickly to the hot rod industry,” Barry said. “We have to learn it all. We have the equipment to diagnose. We all are getting smarter over the years.”

Working With the Customer

While trends and expectations change, a solid reputation and a loyal group of repeat customers make it easier for Barry to discuss design strategies. The “Wrecks to Riches” builds – an El Camino, a Mercury Cougar, a Ford Fairlane and a Plymouth Satellite, among others – also helped showcase the shop’s work. “We had an in-house designer for a long time but any more the people who come to me like our style,” Barry said. “We’ll do some drawings, but we get to the point where the customer says ‘I’m not going to tell you how to do this, just do it. Just make something bitchin.’” Like many shops, Barry’s has seen a lot of growth in ’50s and ’60s project vehicles, but the team still enjoys building early-style hot rods like this Hemi-powered Model A coupe.

That customer attitude gives Barry and his crew the latitude to be creative. “If someone puts too many restrictions on you, you’re in a box,” Barry said.

Getting the Work Done

Barry’s team tackles metal fabrication and assembly work in the shop. Paint is also done in-house, but only for cars that the shop builds. The only exception is paint work on cars originally painted by the shop that need a damaged fender or panel repainted. The shop keeps records of custom-blended colors, which makes matching paint for a repair job easier. Interior work is outsourced to three different upholstery shops, depending on the type of interior work needed.

Barry copes with one problem that is pretty much universal for shops these days: keeping and finding high-quality employees. “It’s really hard now to find guys who can do what we do,” Barry said, echoing most of his fellow builders. “There’s just not a lot of young guys wanting to do this kind of work,” he said. After more than 30 years, building hot rods still brings a smile to Barry White’s face. “I enjoy every aspect of it,” he said. Barry’s wife, Rebecca, manages the shop office, takes care of billing, and provides a vital link between customers and the shop team. Adam Ramsey has been with Barry’s for 14 years and tackles a wide range of tasks, from fabrication to mechanical work and assembly. Fabricator Jesse Cruz was working on custom wheel tubs and floor pieces for a ’56 Chevy project when we were visiting the shop. An in-house body-and-paint facility allows Barry’s more control over a complete build process. John Lovan is the shop’s expert on bodywork and painting.

“I’m not the guy who would steal somebody from someone else,” Barry said. “If someone wants to leave another shop, then we’re willing to do that. I’m not into stealing customers or employees. There’s enough out there for everybody.”

While keeping a shop alive and thriving for more than 30 years has its challenges and rewards, Barry’s optimistic about the future for his business, the hobby, and the industry. “I enjoy every aspect of it,” he said. “You learn how to grow and work with customers, not just building cars. To be part of the growth of the industry has been fun.” From early-style hot rods to ’60s and ’70s muscle, and just about everything in-between, Barry’s can tackle just about any type of project. Any downside? “The worst part of the job is deadlines,” Barry said. “We try not to do deadlines, but unfortunately you end up with a deadline for something.”

Ask Barry if there’s anything that he knows now that he wished he had known when he started in the business and you get an honest answer. “Everything! I think all the mistakes I made taught me a lot,” Barry said. “I’ve screwed up everything there is to screw up. That’s how you learn.” 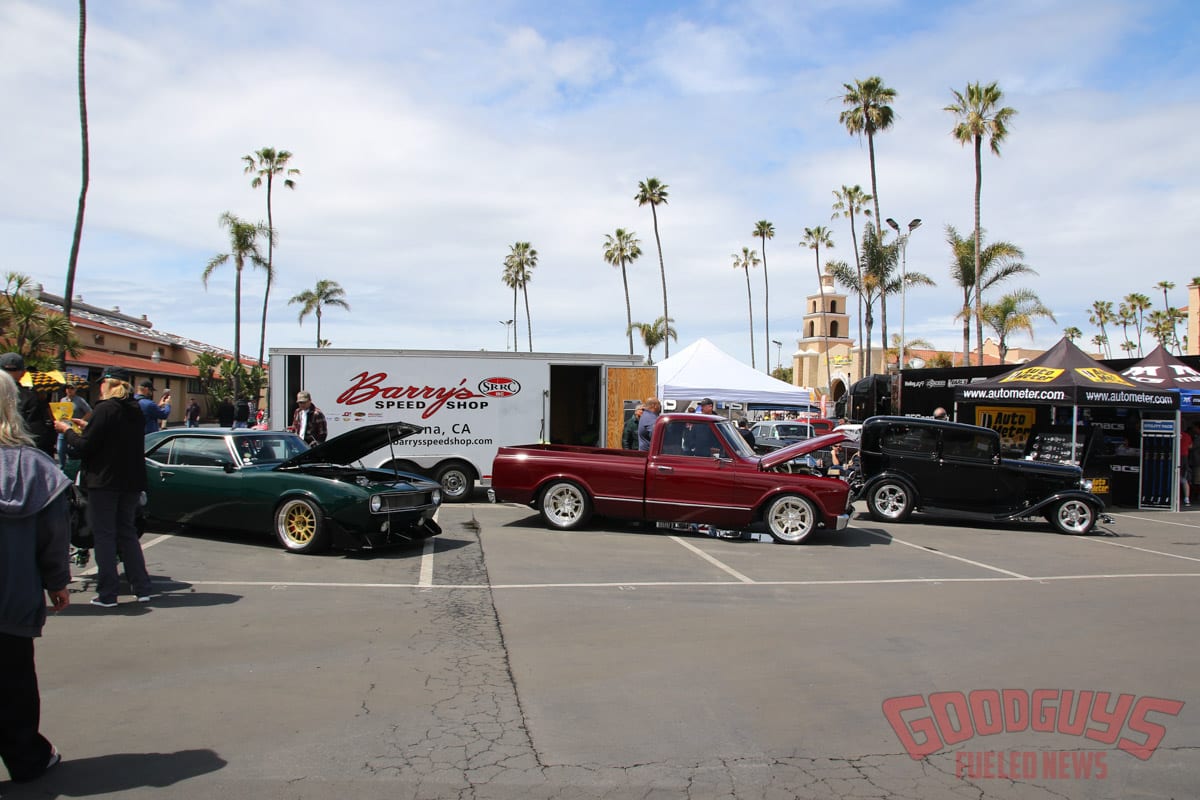