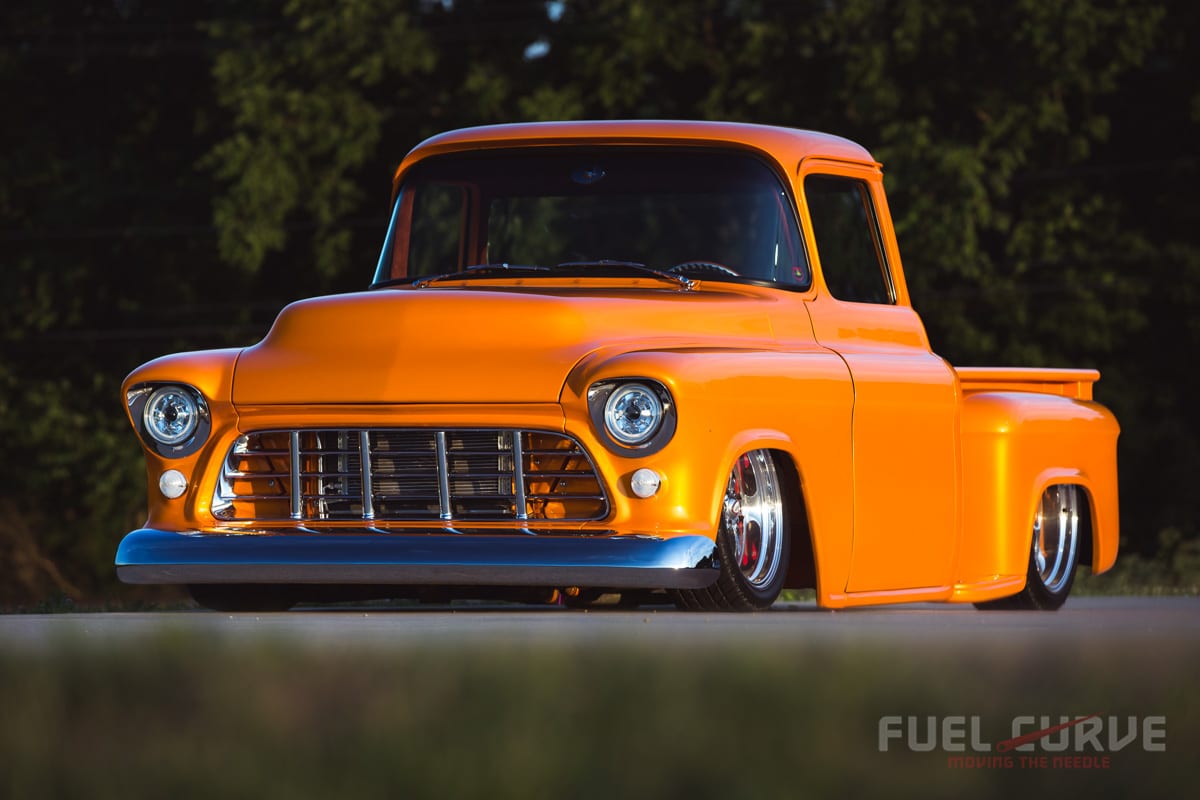 The closer you look at the truck the more you realize how much has been done to it. Everything has been completely reworked, all while keeping the classic bodylines that make the step side so special in the first place. When aired out, the truck is absolutely killer. To make this wicked stance possible, Mike’s gone with a Scott’s Hot Rods independent front suspension setup and a custom four-link out back with airbags on all four corners. With a RideTech management system Mike can easily air down for a show and quickly get back up to ride height when it’s time for a cruise. The next thing we noticed on the truck were the suicide doors. All of these custom touches were completed by Mike himself with many going in at the very last minute; in fact, the interior was finished on the day of the first show he brought it to. 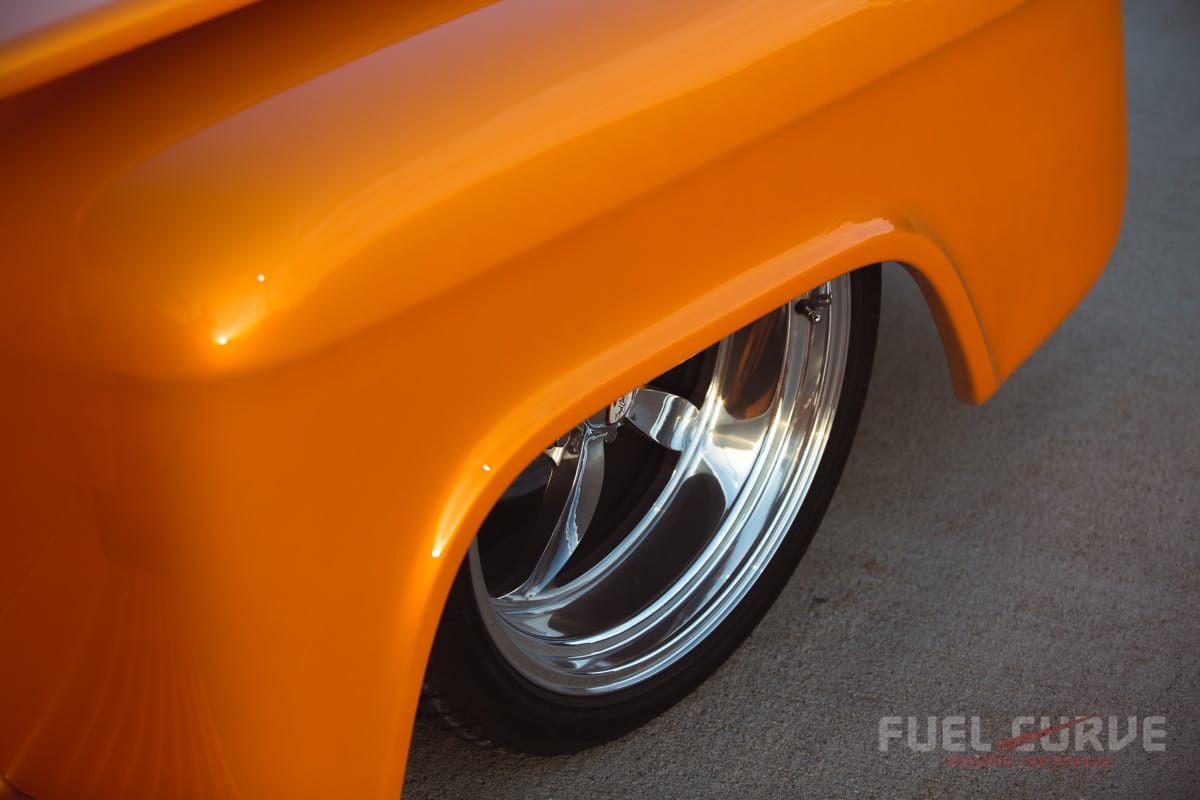 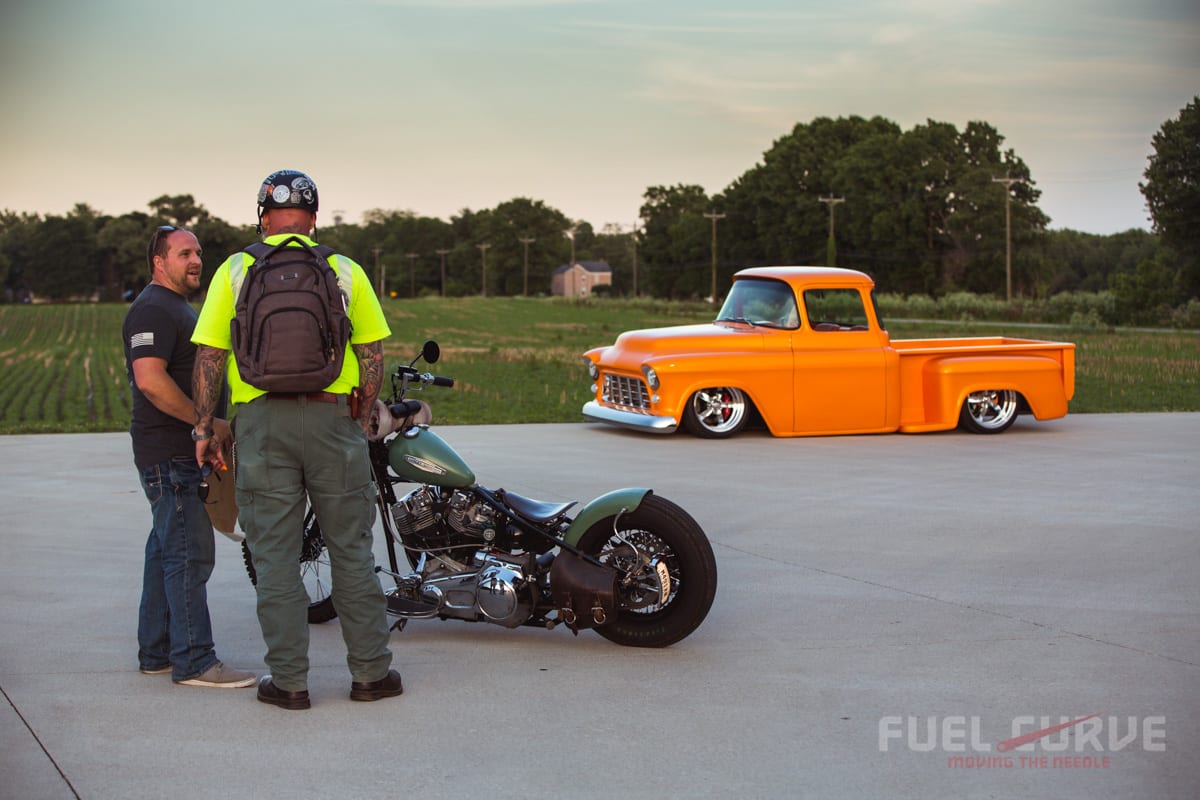 Mike’s owned the truck for over twenty years, though, and has had a thing for ‘55s since before then. Growing up, his dream car always was Scott Sullivan’s ‘55 Bel Air you’ve probably heard of as “Cheez Whiz” over the years. Sullivan shaped the look of 80s and 90s Pro Street. His influence runs deep to this day, many having been bitten by what we call “Sullivan Syndrome.” Instead of copying Sullivan’s shoebox, Mike decided to build a truck instead. He started modifying the pickup a year after getting his hands on it. Over the years things slowly began to take shape, but rapidly accelerated after Mike was invited to start showing the truck. 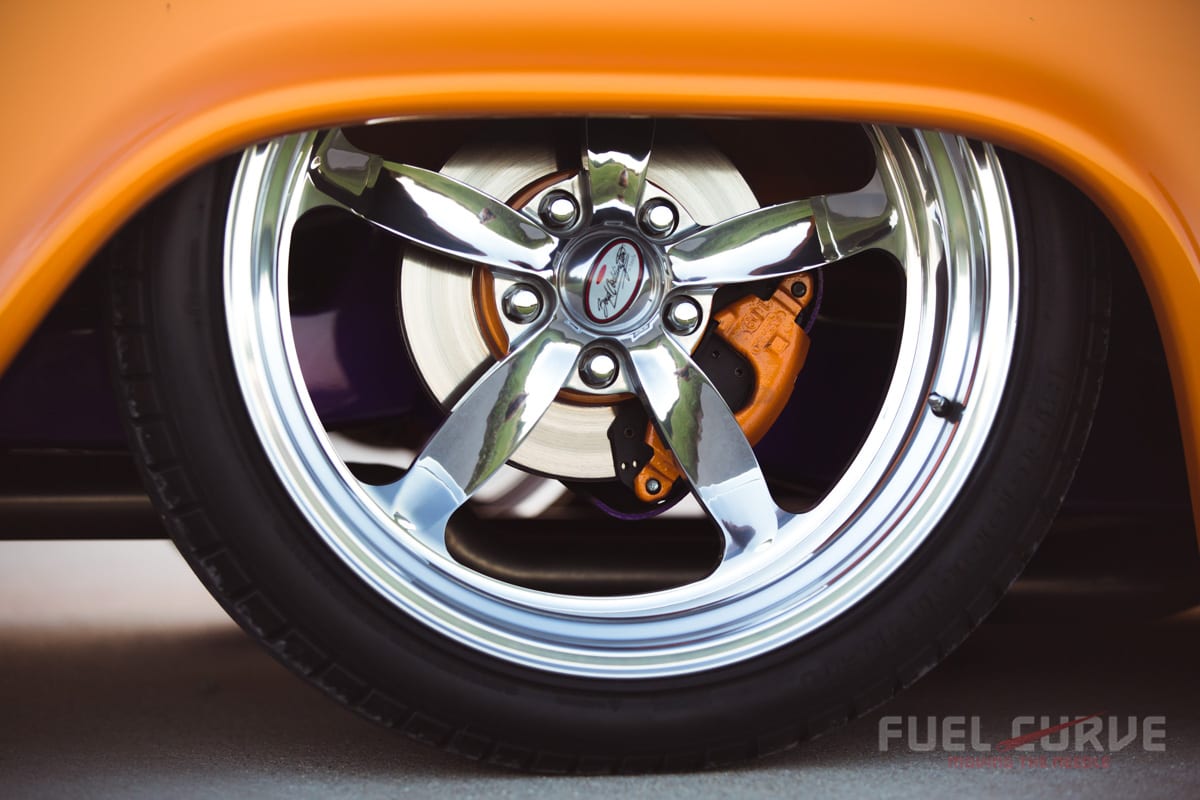 Both the paint and interior were done on a three week timeline and it turned out perfectly. The seats are actually from a 2002 Honda Prelude and have been customized to work here. Bet ya couldn’t have guessed that! With a steel waterfall center console, a smoothed dash and door jams, the interior is clean and cohesive. The upgraded Dakota Digital gauges hint at the more modern power plant. 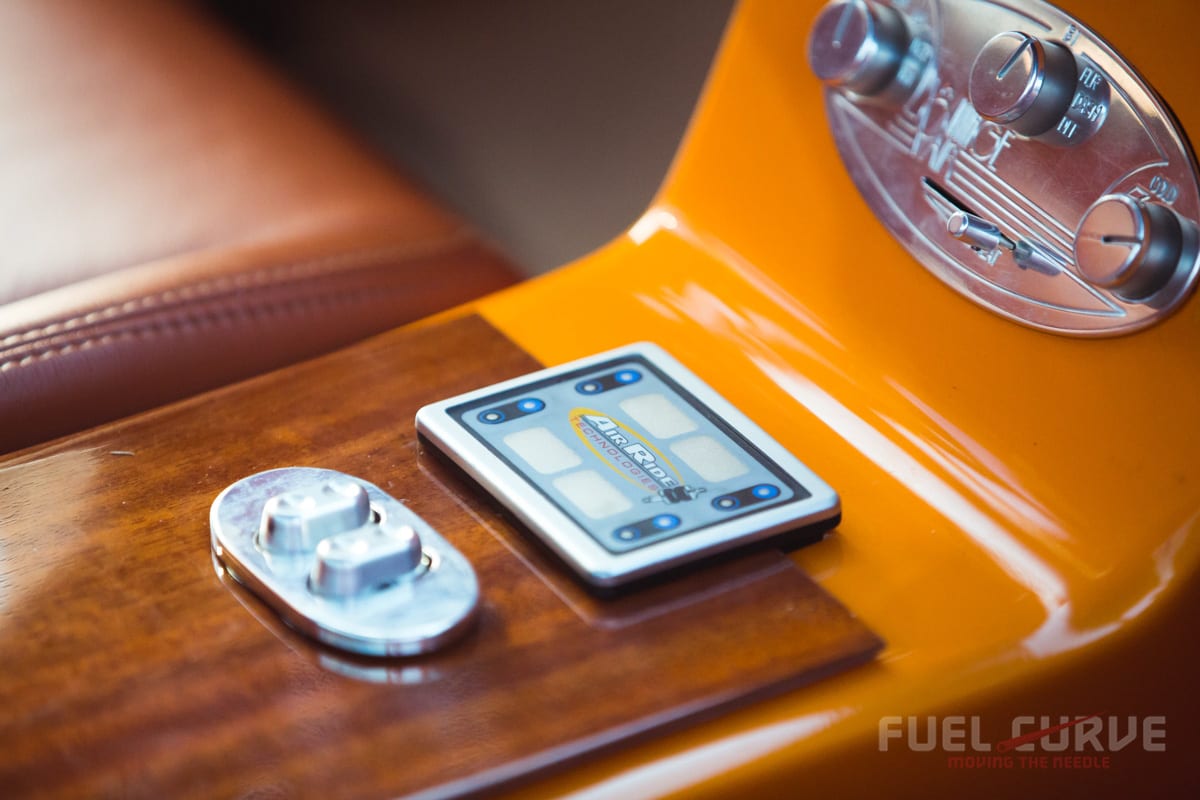 When you pop the hood, you’ll find a color-matched 2002 LS1 motor in stunning condition. When looking at the fit and finish, it’s hard to believe this build came together as fast as it did. The exhaust is all custom 2.5” stainless with Flowmaster Hushpower IIs out back. Underneath, there’s a 4L60E automatic transmission that sends power to a ‘69 Camaro 10 bolt. Inside the pumpkin Mike’s gone with 3.55:1 gears and an Auburn Posi unit. Back outside the truck, one of Mike’s favorite things about the build is that color and we have to agree. As the sun went down the shade changed when caught in the right light. It’s a deep, glossy job and looking at the end result you know there were no corners cut. 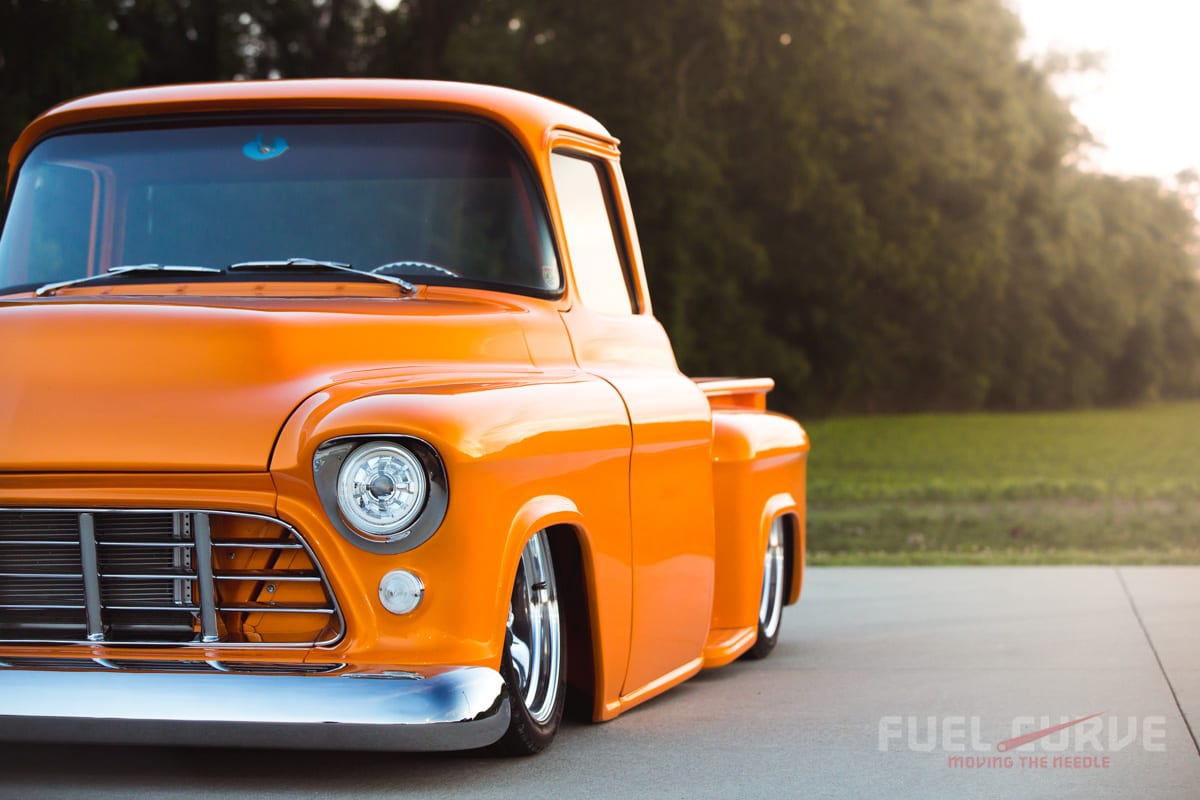 From the mahogany bed to the old school Boyd Coddington wheels, Mike’s 1955 Chevy Stepside is a well thought out and beautiful machine. It took a couple decades to get to this point, but all that’s left is to enjoy it. 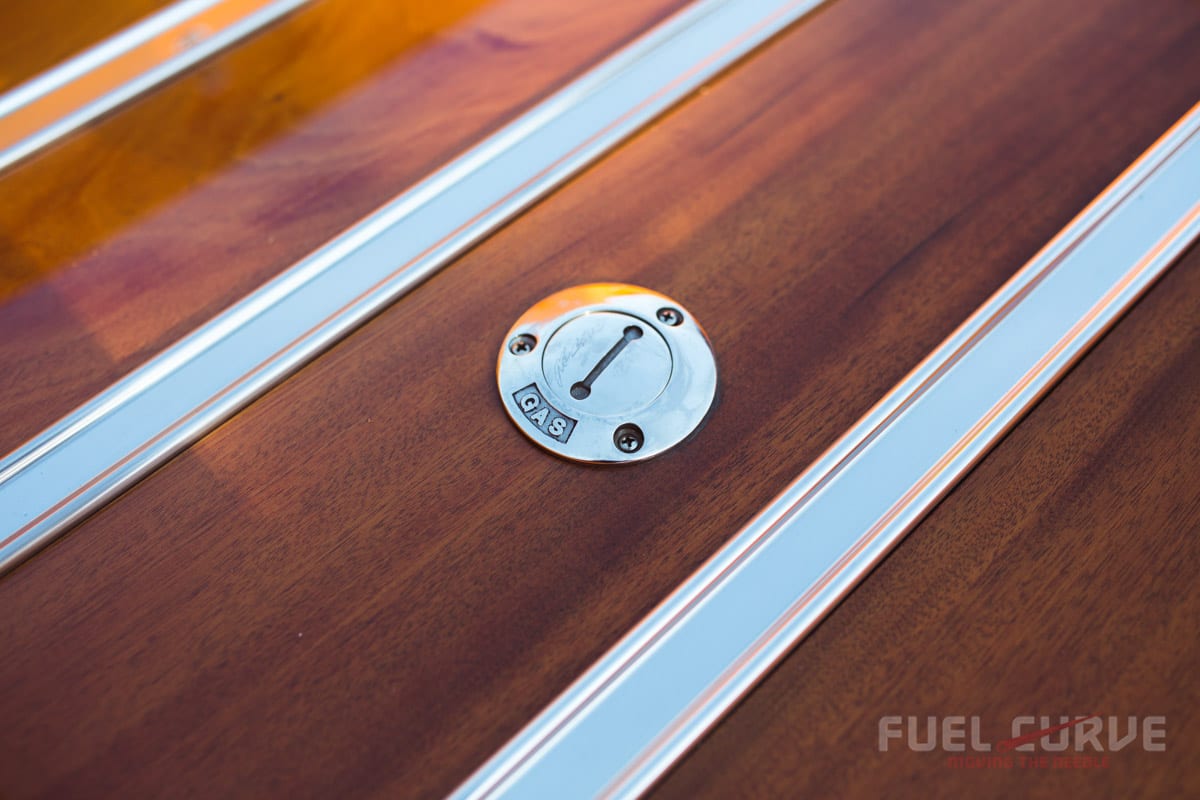 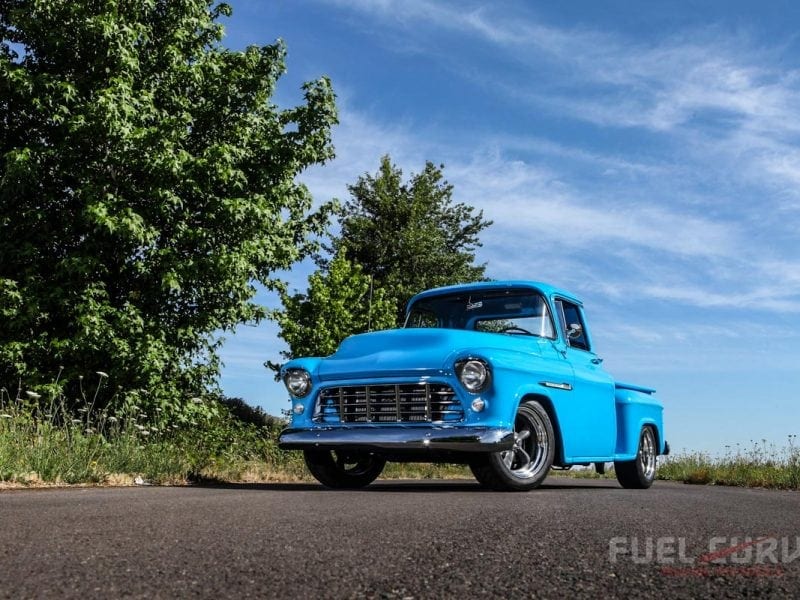