Ward Johnson may have purchased his 1955 Chevy 3100 just to tinker with, but fate had bigger plans. To get the story behind how this beauty came to be, we will let Ward take over with the details. As you can see, he is really good at explaining how it all came together! “Even though my family’s focus was on raising farm animals and show horses, I grew up a gear head starting with a lawnmower powered go-cart back in 1966” Ward explained. “From there I got my first motorcycle in 1968 and started racing in 1971 when I spent a summer’s salary on a ’71 125cc AT1MX for $580.00. “In high school I bought my first car, a 1971 Camaro for $2,000.00, which I blew up driving to school one morning because the block was frozen due to no anti-freeze. After blowing up the engine, and having a lack of funds, I built a new engine from parts purchased at a junk yard. I knew enough by that time to recognize factory high performance parts and was able to assemble an engine that had too much power for my driving ability which resulted in a crash while street racing. After a brief stint at drag/street racing and totaling the Camaro, the van craze was just becoming big so I purchased a 1967 Chevy van (no window work truck) for $600.00 and turned it into a cruiser. Due to the van craze being at full steam, I was able to sell my 1967 Chevy van for five times what I paid for it and bought a “Cal-Custom” 1974 Chevy van which I took delivery of in Southern California when I was 18 years old. More cars, an eventual foray back into motorcycles through his children and several projects which he fully restored (Including a rare Yenko Nova) led him to this 1955 Chevy 3100. Like all acquisitions in our car guy lives, it was a process. “I purchased this 1955 Chevy 3100 because I have always liked them since high school. I searched for about a year until I found one listed on Craigslist locally. I went out to look at it and found it to be owned by a contractor (similar to myself) that has enjoyed tinkering with cars/trucks since his high school days (similar to myself). He told me that he had purchased this truck with the intent to tinker around with it but never did much with it other than take his wife out on Friday night ‘date nights’ due to the many other car/truck projects he had going on. “I bought the truck off him with the intent of ‘tinkering’ with it myself and brought it back to my shop. My initial thought for this truck was to install an Art Morrison frame (their shop is very close to mine), install a new Chevy motor/trans along with wheels/tires while leaving the body and interior untouched. “After sourcing the engine/trans, wheels/tires and misc. other parts I started thinking that this is going to be a real nice truck therefore I should probably have it painted and put in another call to MetalWorks inquiring about painting. MetalWorks explained to me that they could paint the truck however to do so, they would have to disassemble and reassemble it themselves. This made total sense to me, however it pretty much took the entire build out of my hands and into theirs. This actually worked out OK for me because as it turned out the construction industry in Western Washington was so busy I wouldn’t have had any time to do it myself.” After a perfect restoration, Ward couldn’t be happier with his small-block powered 1955 Chevy 3100. No more tinkering. Just fun road miles ahead! 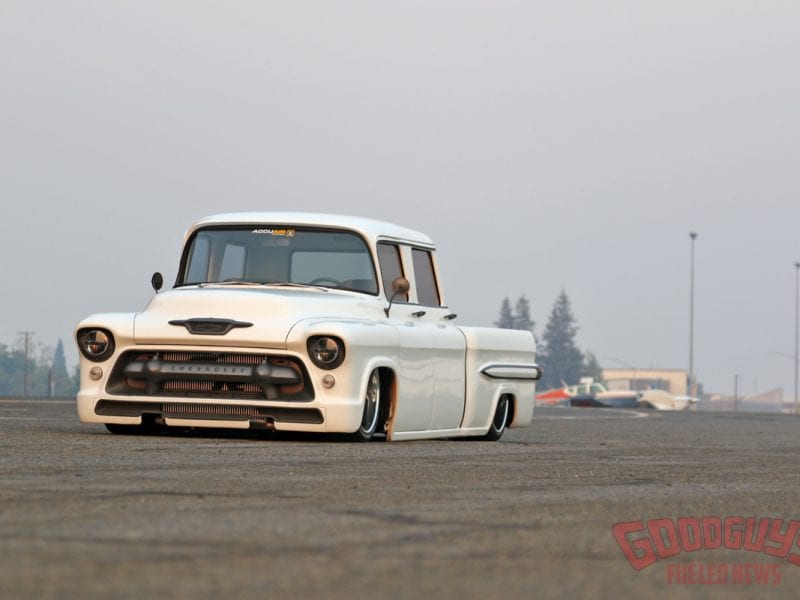 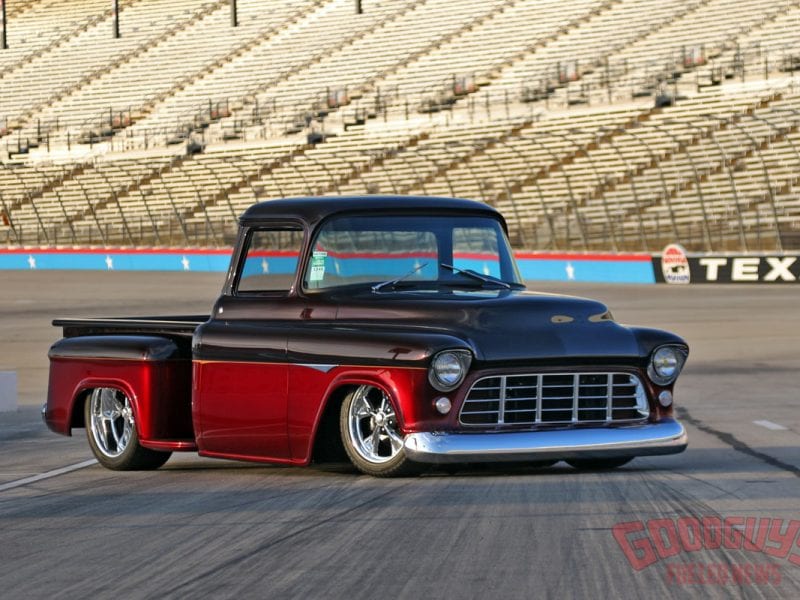