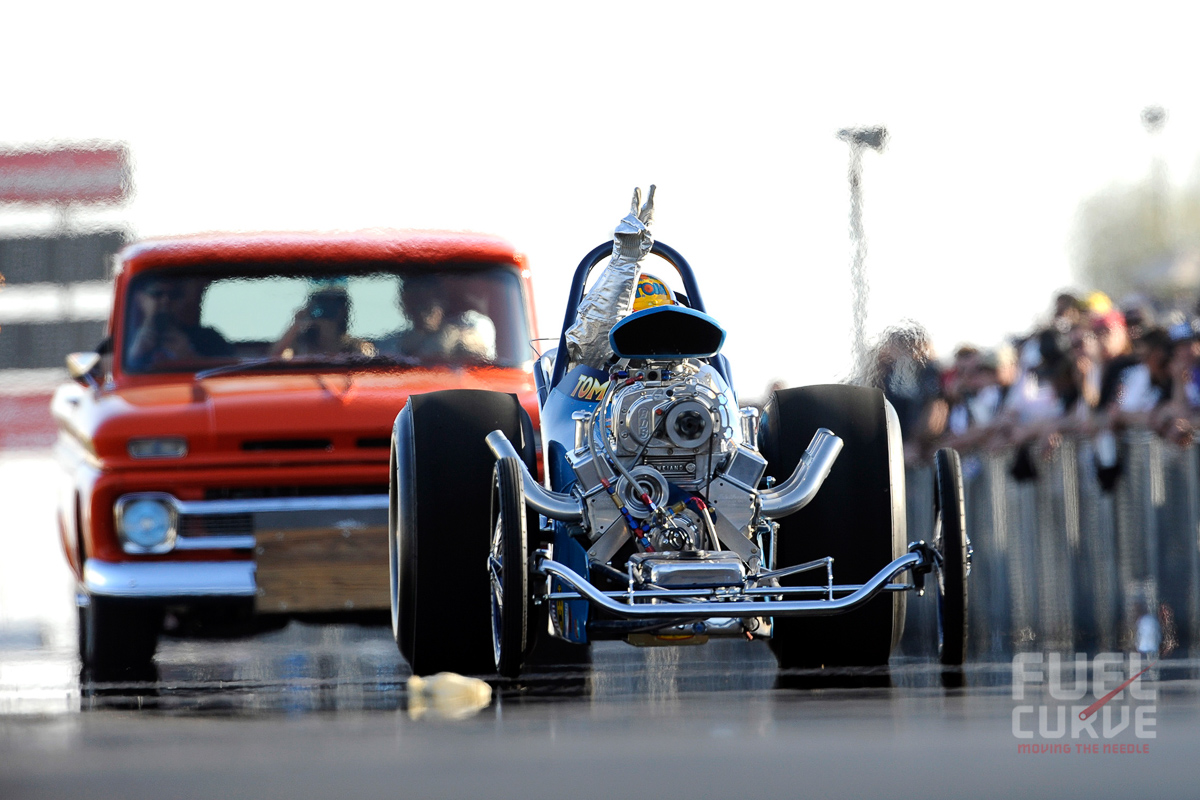 When I was a kid, my parents bought me a Polaroid camera, you know, the one that spits your photo out the bottom. Yeah, that one. I’d take it to Fremont Drag Strip and shoot photos in the pits. But Polaroid film was pricey and my parents’ two-roll limit per race was gone minutes after we entered the gate. So my dad found me a used Nikon at a garage sale and I was hooked. I’d take that camera everywhere: Fremont, Sears Point, Pomona, OCIR. I’d even build models and light them on fire just so I could photograph them rolling down the driveway. Now, I’m the Sr. Staff Photographer at NHRA and have shot tens of thousands of professional drag racing photos as well as over 200 cover photos for National Dragster magazine. While I spend my weekends shooting 300-mph race cars, I always jump at the opportunity to shoot a nostalgia drag race. Ironically, nostalgia drag racing got its start at my home track, Fremont Drag Strip, when Northern California hot rodding icon Tom Prufer and his pal Brian Burnett decided to bring out a few old race cars from the Bay Area and see if anyone would show up to see them run. Well, they did. That was 1982, and nostalgia drag racing has grown by leaps and bounds in the 35-plus years since. It was eventually organized and legitimized by Goodguys Rod & Custom Association and in 1992, the NHRA Museum started their own vintage drag celebrations – the celebrated Hot Rod Reunions. Goodguys resurrected the legendary March Meet in 1994 and held a championship points series for vintage drag racers for nearly twenty years. They still remain active in staging vintage drags to this day with events in the Pacific Northwest and Midwest regions. This bitchin’ sport has been on a roll now for a good long while and offers grassroots hot rodding at its best. I’ve photographed nostalgia events from Bakersfield to Bowling Green, Kentucky from sunrise to sunset, and I always try to capture as many different angles as I can. Here’s a small sample of my favorite vintage drag racing photos through the years. Enjoy!