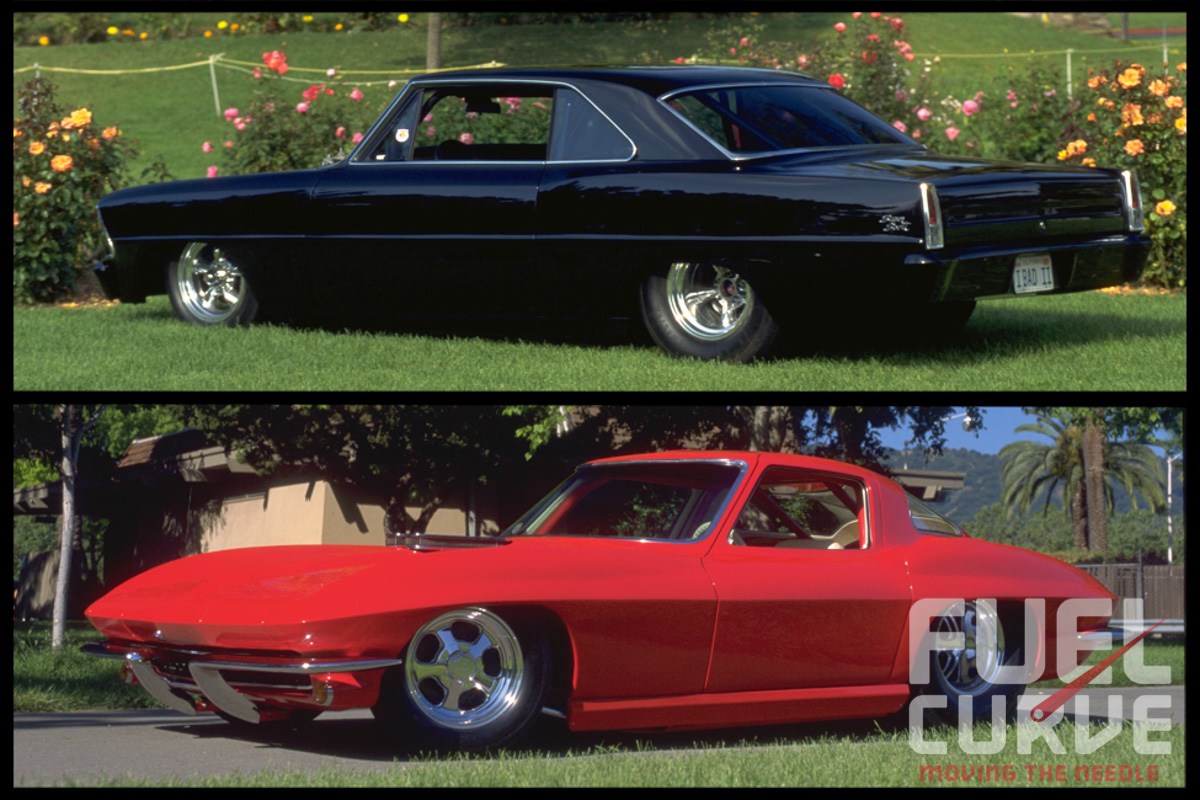 Since the dawn of the new millennium, the Goodguys PPG Nationals held the second weekend in July at the Ohio State Fairgrounds in Columbus each year, has marked a special and significant spot in the high-performance world of Street Machines. The Goodguys Street Machine of the Year award is the big attraction and the bench mark mega muscle car builders shoot for each summer. Prior to the reset of the 20th century, however, the award was presented out west in Pleasanton, California where it gathered its initial momentum to becoming one of the most sought after titles in the performance industry. First presented in June of 1993, the award was the brainchild of Goodguys founder Gary Meadors and his sons Marc and Marty. Knowing that expansion and promotion of later model cars were vital to the growth of Goodguys, a plan was set in motion to make Street Machine of the Year a calling card of the Goodguys Summer Get-Together where the award would be chosen through 1999. The competition started off with a bang. Young craftsman and drag racer Craig Hill of Top of the Hill Performance captured that initial crown with his Larkspur Blue and Ivory ’57 Chevy. While it took a few years to gather steam and notoriety through the national media and publications like Hot Rod, Car Craft, Super Chevy and Popular Hot Rodding, gather steam it did. Here we are 24 years later. Legacies and lives have changed as a result of winning Street Machine of the Year. Ask Kyle Tucker, the Ringbrothers or Roadster Shop, Rad Rides by Troy and many others.

No other breed of hi-performance car has undergone more significant changes in genre and style than that of the Street Machines. The name itself is even interchangeable with the Street Machines adhering to their alternate alias’s: Pro-Touring and the G-Machine (Gravity Machine). Those machines were basically only good for loping around the fairgrounds kicking up dust. A few of them, however, like Hill’s ’57, Scott Sullivan’s long line of killer ’55 Chevy’s and even fledgling builder Troy Trepanier routinely took their brutes on Hot Rod’s Power Tour and other road trips. These early pioneers of Pro Street planted the seeds of “usable” performance and functionality in today’s Street Machines.

The most significant event in the evolution of the Street Machine also came in 1993 when a young engineer and performance enthusiast named Mark Stielow built a 1969 Camaro for the One Lap of America driving event. Mickey Thompson “Meats” and parachutes were not on the menu. The car needed to travel long distances and perform at racing events along the way. Friend and fellow engineering student Kyle Tucker and Stielow spent every spare minute developing suspension parts to make the car stable in the turns. The fate on an entire segment of hot rodding was about to change even though nobody really saw it coming or had heard of Mark Stielow.

While Stielow continued to build hi-po Camaros largely under the radar, he wrote a book titled “Pro-Touring” (which many consider to have biblical qualities) that documented his builds and budding G-Machine philosophies. As the clock struck 2000, Kyle and Stacy Tucker built a yellow ’69 Camaro named “Twister” which went on to win Goodguys Street Machine of the Year. Popular Hot Rodding’s Cameron Evans, hip to the Stielow/Tucker G-Machine movement, educated the Columbus crowd that weekend on why a car with no tunnel ram and parachutes was so significant. Turns out, the Twister was not only the first non Pro-Street car to win the award, it launched the Tucker’s legacy – Detroit Speed and Engineering.

The following decade and a half has produced some of the more significant cars in the history of high performance as you’ll see here. New, incredibly talented builders and shops have emerged, new technology has emerged and new products have emerged, all driven by the modern day Street Machine. We’ve come a long way baby. What a ride!

In honor of the 20th PPG Nationals, we will take a look back at the 1997-2016 Goodguys Street Machine of the Year. We will bring you two winners each week for the next ten weeks so you can see for yourselves how these street beasts have evolved over two decades. Glimpses of improved, upper-echelon build-quality in the Street Machine realm were evident in the 1997 winner – a Boyd red ’65 Corvette by homebuilder Steve Gantz. Gantz’ Corvette was built mostly by his own hand with help from his wife Karen and featured that classic Funny Car-style big & little stance. Together, the Gantz’ scratch-built the stylized glass dash and door panels, roll cage, and wheel tubs while the Cappuccino cream leather was farmed out. The body was smoothed out with custom vents, shaved trim and door handles, custom rockers and a custom hood allowing the air cleaners atop the Weber carbs to peer out. The polished and detailed small block Chevy was potent with an Aardema overhead cam conversion. Like most cars of the time, it featured a custom chromoly round tube chassis. You can clearly see Boyd overtones on this car from the subtle billet wheels to the paint and interior color choices. “Gimme Fuel, Gimme Fire, Gimme That Which I Desire!” Sean Torres’ sinister black ’67 Nova was the most potent Street Machine of the Year winner in the award’s first half decade. A gnarly 700hp, Dart-equipped, Holley-carbureted small block Chevy V8 complete with nitrous as well as its intimidating black hues made this one pure evil. The polished Americans only increased its menace, offering tried and true 60s hot rod overtones. It was so sinister in fact, Metallica’s video producer called Goodguys offices out of the blue one day to offer the black beast a starring role in the band’s new music video FUEL. Torres gladly accepted the invite and the rest is Street Machine and MTv history. It must be noted this wasn’t a fairgrounds car. Torres ripped around his S0-Cal neighborhood in it. He also ran it on the dragstrip, turning in times of 8.80/157mph – faster than NHRA’s Super Gas cars. The interior was all business too albeit a tad trendy for the time. Grey and black “saw tooth” tweed panels worked well enough for the day’s styling, but the endless Autometer gauges, leather-wrapped billet steering wheel, and beefy roll cage stamped it as one bad econobox. New Products and Parts at the...