Roland Leong – In Search of the Holy Rail

What ever happened to Roland Leong’s Hawaiian Dragster? The Winternationals-winning, chute pack dragster driven by Don Prudhomme? Read on…

Back in the 70s and 80s I made numerous trips to Italy to the Turin Auto Show that at the time was one of the world’s premier auto shows because of the city’s coach-building heritage: Bertone, Pininfarina, Zagato, etc. The show was held in the old Lingotto Fiat factory—the one with the test track on the roof immortalized in the first The Italian Job movie.

While in Turin we’d visit the Carlo Biscaretti di Ruffia museum and I remember being surprised to see Leong’s original Hawaiian languishing there. At that time, the dragster was barely 20 years old so I didn’t give a lot of thought as to why it sat there, forlorn and very much out of place.

Fast forward to 2016. I’m on the 50th Anniversary World Tour with Ron Hope’s Rat Trap AA/FA and we’re racing in Hockenheim, Germany. Hockenheim’s not that far from Turin. The Biscaretti, now the Museo Nazionale dell’Automobile (the National Automobile Museum), had completed a full restoration in 2011 and it had to be worth a visit.

I made an appointment through the obliging director Rodolfo Gaffino Rossi to see the long lost Hawaiian. It was kinda like meeting an old girlfriend and realizing we both got old. The Hawaiian, compared to the cars surrounding it, looked like it had been driven hard and put away wet which is exactly what it had been.

After returning from Italy, I made time to visit Roland Leong and talk to him about the Italian Hawaiian. Born in Hawaii in1945, Leong moved to California in 1962 to work for Dode Martin and Jim Nelson at Dragmaster in Carlsbad. In 1964, he built his first fuel car.

Unfortunately, on its inaugural run at Lions Drag Strip, he failed to find the chute pull and went off the end of the track at 191 mph. He was unharmed but his mom Teddy, who was also his sponsor, suggested that, as he now had a wife and baby daughter, maybe it was time to reevaluate his situation. While Kent Fuller front-half’d the car Leong approached Don Prudhomme about driving for him.

The following year, Roland Leong and Don Prudhomme won the NHRA Winternationals, working their way through the 32-car field to a final run in 7.76 seconds at 201.34 mph. It was Prudhomme’s first national event win. The win prompted a tour and the pair travelled all over the U.S. until they arrived at Indianapolis for the NHRA Nationals where they won again. At the end of that very successful year, Prudhomme got his own deal with B&M and their TorkMaster joint venture with Milodon.

Leong’s new shoe was Mike Snively and damn it if they didn’t repeat the previous year’s success winning the ’66 Winernationals and then the Indy Nationals. They went on to win the 1967 March Meet at Bakersfield, California, after which they parked the two-time Championship car and began racing a new Don Long car that won its first ever race at Riverside setting low e.t. and top speed.

Back then, yesterday’s racecar was old news so when Ray Brock of HOT ROD Magazine asked Leong if he wanted to sell the car to a European show promoter Roland Leong agreed. He was all for cleaning it up but the buyer said, “No,” he wanted the car as it was when it last raced. Consequently, off it went off to Italy and as far as Leong remembers, it had an empty engine.

When I went to see the car in 2016, there was nobody to ask about its provenance however Leong believes that it was donated to the Museo in 1969 by the Fiat Motor Company after being displayed at the 14th Triennale di Milano, a design and art expo. I Googled it and b-i-n-g-o, there are four images of the Hawaiian on display in 1968. Cool.

Back in Torino, the Hawaiian was indeed sad, intact, but sad. The Cerny Metalflake blue paint was in good shape except for a few ouches on the Tom Hanna-formed nose and around the cockpit on the beautifully formed chute box. The Keith Black Chrysler Marine Hemi looked all there but you could tell that it only ever received a cursory wipe.

So, what will happen to the Hawaiian? Will it sit all-but forgotten in Italy for another 50 years? From what Leong and others have told me, various people have approached the museum to purchase but to no avail. Under Italy’s laws, any object over 50 years of age is classified as a cultural asset and may only leave Italy after having been registered with the Belle Arti department of Italy’s Heritage and Cultural Activity Ministry. Even items that leave Italy temporally in order for them to be exhibited in another country or to be sold at auction require official approval. And that’s okay; Italy is renowned for it’s attention to detail.

Unfortunately, the cost of purchasing the car, even if it was for sale, which it is not, added to the cost of shipping, insurance and restoration is probably prohibitive in today’s environment. It’s sad but there sits the Hawaiian in Italy. 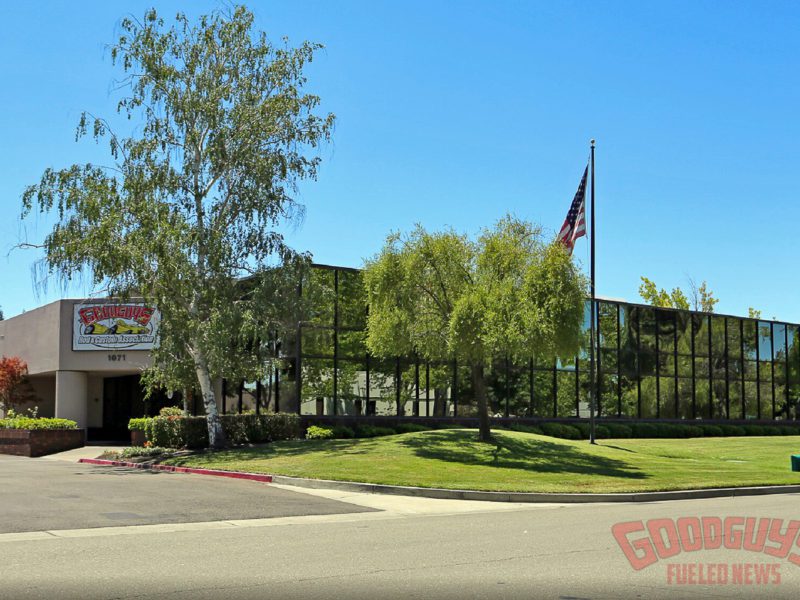