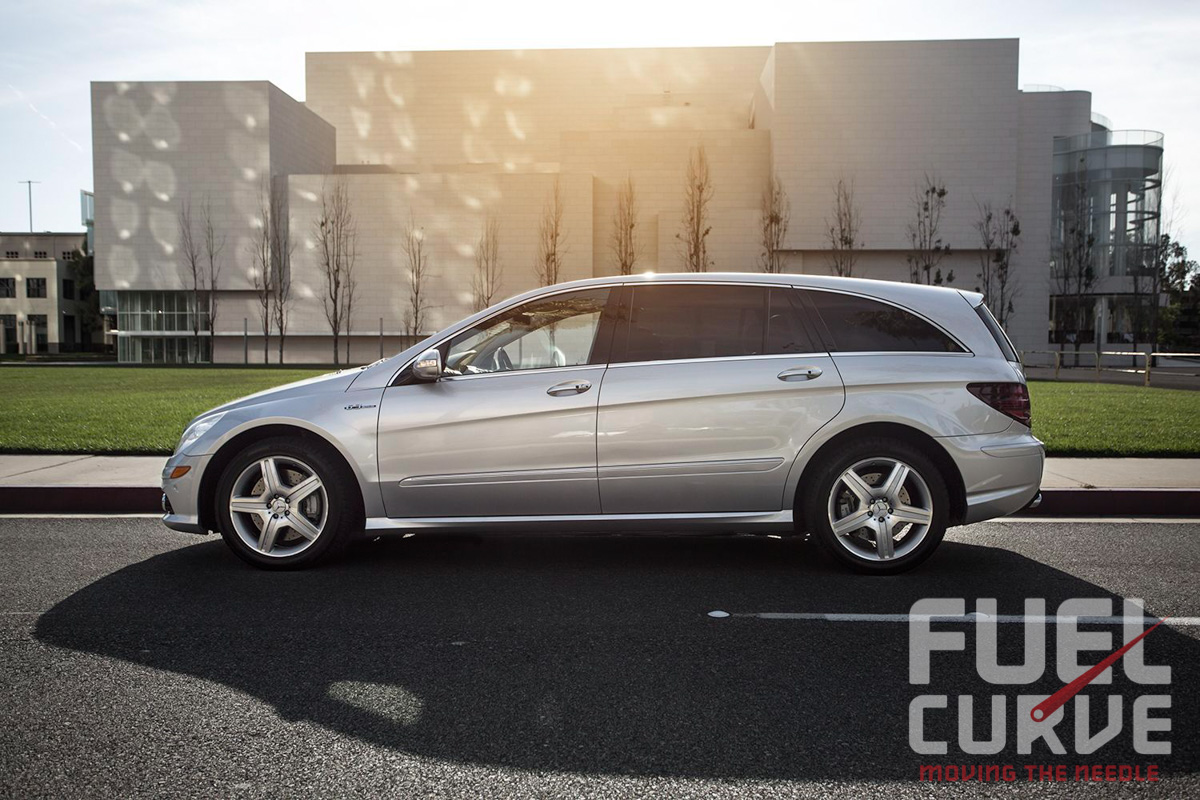 The Mercedes AMG line blends brute power with posh luxury. It offers incredible bang for the buck, especially when you get them with 50k on the clock for less than half the sticker price!

So imagine that you buy a used 2007 Mercedes Benz R63 AMG. Then imagine seven months later, the dreaded “check engine light” comes on and your oil looks milky white from a coolant leak. Now finally imagine that the local dealership hands you an estimate for $58,000 for a replacement engine! Say what? Well, that’s exactly what Texas AMG owner Seth Lemke recently faced. He had originally documented his purchase on a posting at grassrootsmotorsports.com entitled – R63 AMG The Unicorn of my Destruction. The initial joy of owning this “family” wagon (originally owned by an NFL player), turned into a mechanical saga as Lemke tore into the project.

The initial diagnosis was a broken head bolt, which has been apparently a known issue with these Mercedes Benz engines. Mercedes finally changed the bolt design in 2010. And the standard factory response was to suggest replacing the engine, with a labor rate of $150 an hour. Since the repair bill was more than the value of the wagon, Lemke opted to post up his efforts to repair the Mercedes AMG on his own. First thing was to buy a lift for his three-car garage as it seems the easiest way to remove the engine is to drop it out from the bottom. Lemke acknowledged that many followers of his posting offered advice, including a retired master mechanic from Mercedes-Benz. The local dealership’s mechanic also offered advice.

Over the next few months, Lemke tore into the engine, being careful to document the process, tag the parts as he removed them and zip tie them together. This was made more difficult as his work bay was only 11’ x 20’. Lemke is quick to acknowledge that his wife was always supportive and even made it a point to read his forum posting to keep track of his progress. One reader even crafted a tool from a piece of raw metal to replicate a factory tool (list price $250) to remove the crank pulley. Lemke still marvels how the posting took off and still doesn’t know how it happened. His goal in the posting was to let others see what was happening and make sure nothing “too dramatic” happened during his repairs.

What others might not realize is the dealership did modify the estimate to roughly $16,500 with the strict provision that this was assuming that only a head bolt had snapped and no other damages showed up during the teardown. Despite forum jockey’s thinking his rods would be bent or he’d face cylinder issues, Lemke found just the broken head bolt on the right rear where the mechanic predicted it would be. His deck height was level and the rods straight. He removed the motor, replaced the head bolt, then buttoned it all back up. Lemke noted that he is a very slow worker and often would go out to the garage and spend time thinking about the next step in the repairs. Since he had limited work space he had to be careful stacking and storing his parts as he took them off. All in, Lemke calculated he had purchased $3,150 for tools, including his lift. His parts cost him $3,300 for a total out of pocket cost of $6,450.

So while the internet highlighted the $58,000 estimate from the dealership, the bottom line is that Seth Lemke saved a minimum of $10,000 on his Mercedes AMG while knowing the work was done right and hopefully only once!