Keith Layne has owned a variety of classic cars over the years, including a vintage Mustang and a Barracuda, but he’s a truck guy at heart. A ’59 Chevy pickup purchased for $125 and rebuilt in his grandfather’s garage was his high school transportation. The ’59 was sold before Keith headed off to college. Years passed as Keith grew his pharmacy business. One day a customer approached him to see if he was interested in looking at a ’50 Chevy pickup that her husband had wanted to restore before his death. “I figured the old truck had a dollar’s worth of nickel dents and was probably well past rebuilding, but I obliged the elderly lady out of respect and visited her late husband’s garage,” Keith says. To his surprise, the truck was in good shape and it went home with Keith. After initial efforts to restore the truck back to its original roots, Keith changed direction. He consulted with Scott Sheets of L&S Customs in Prospect Hill, North Carolina, and then delivered the truck so the extensive custom build could begin. The L&S crew massaged the body extensively, including custom tailgate hinges and latch, removing the door vent windows and exterior handles, and recessing the exhaust tips into the rear bumper. The hood received special attention, particularly the hand-formed inner support structure, which matches the custom firewall and radiator cover. Similar custom panels can be found under the running boards. The intricate metalwork was covered by shimmering PPG Canyon Beige paint. 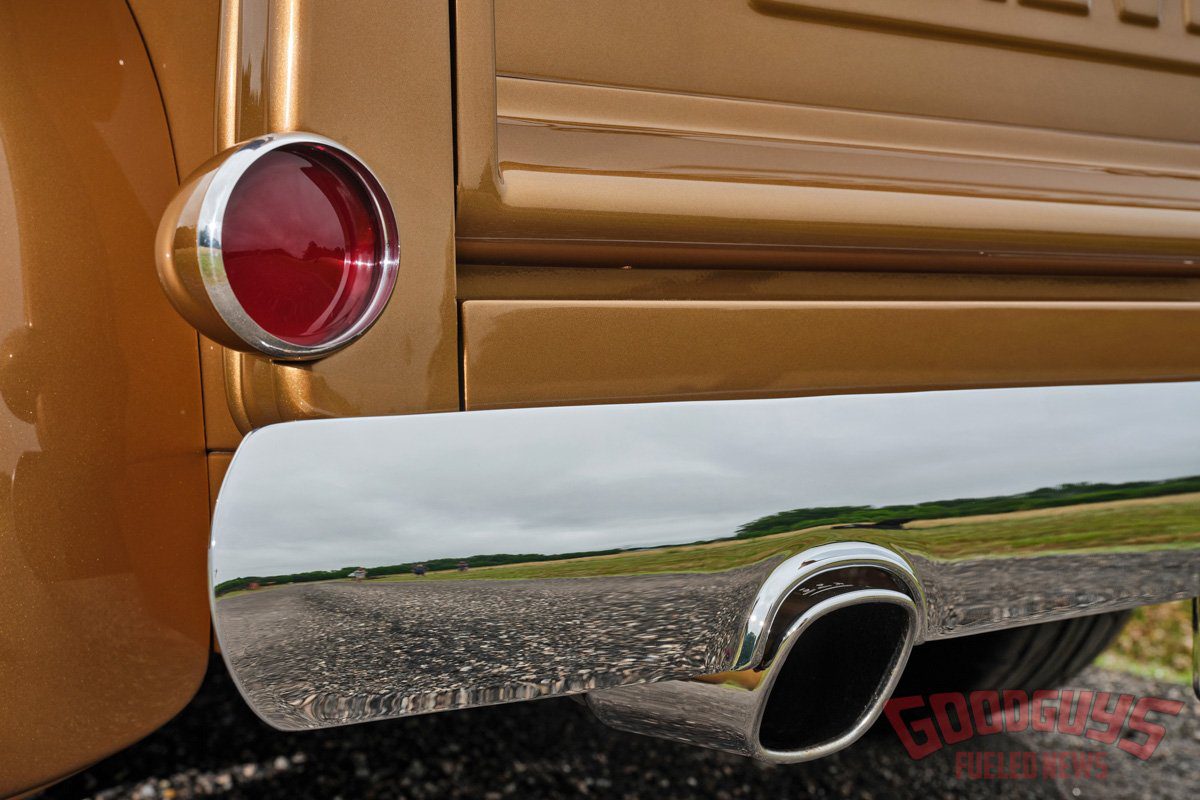 The truck rides on a JW Rod Garage chassis with coil overs and rack-and-pinion steering in front and a four-bar suspension supporting the 9-inch rearend. Wilwood discs on all four corners handle the stopping chores. Nitto tires and Schott wheels (18×8 in the front, 20×10 in the rear) keep the truck grounded. The trick interior is the work of the Recovery Room, with custom seats and a hand-fabricated console upholstered in beautifully stitched brown leather. A ’50 Chevy car dash houses Classic Instruments gauges, an American Autowire harness directs the electricity, and Vintage Air system controls interior temperatures. The Ididit tilt column is topped by a Billet Specialties wheel. 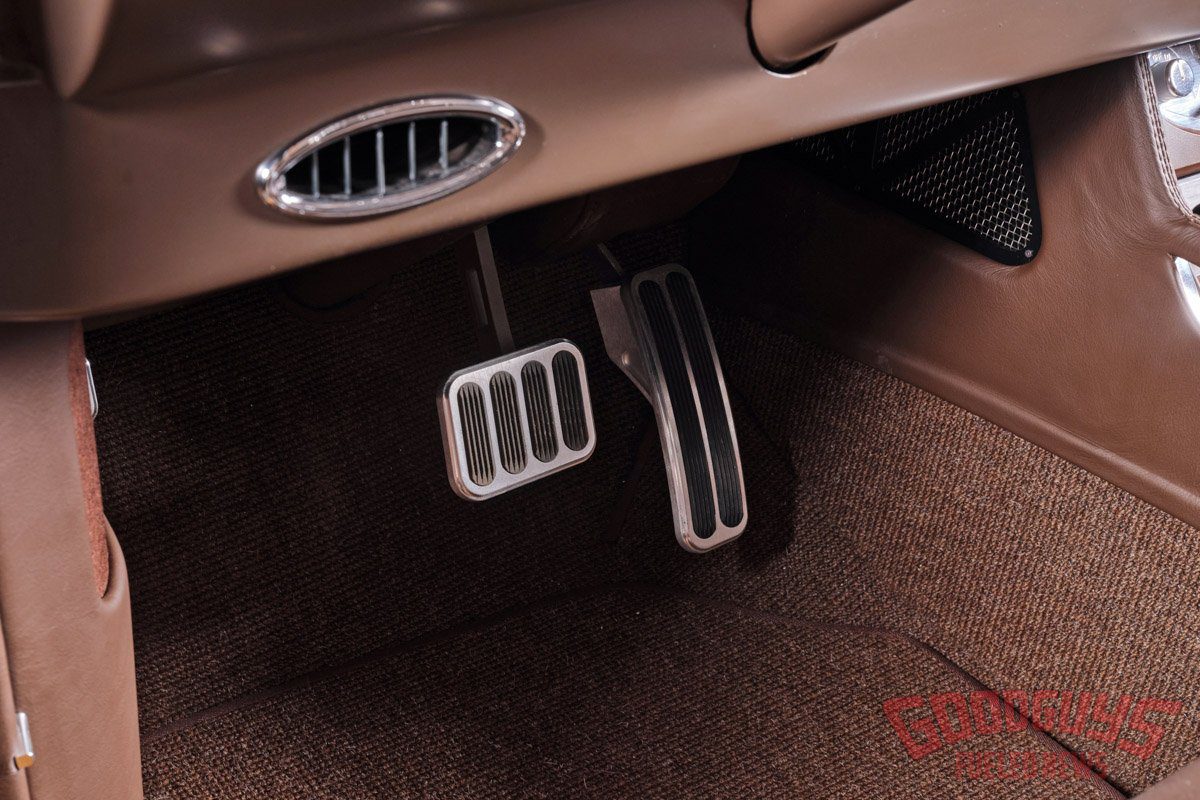 Keith calls his truck the Fast Layne 50, an apt name for an amazing custom truck.