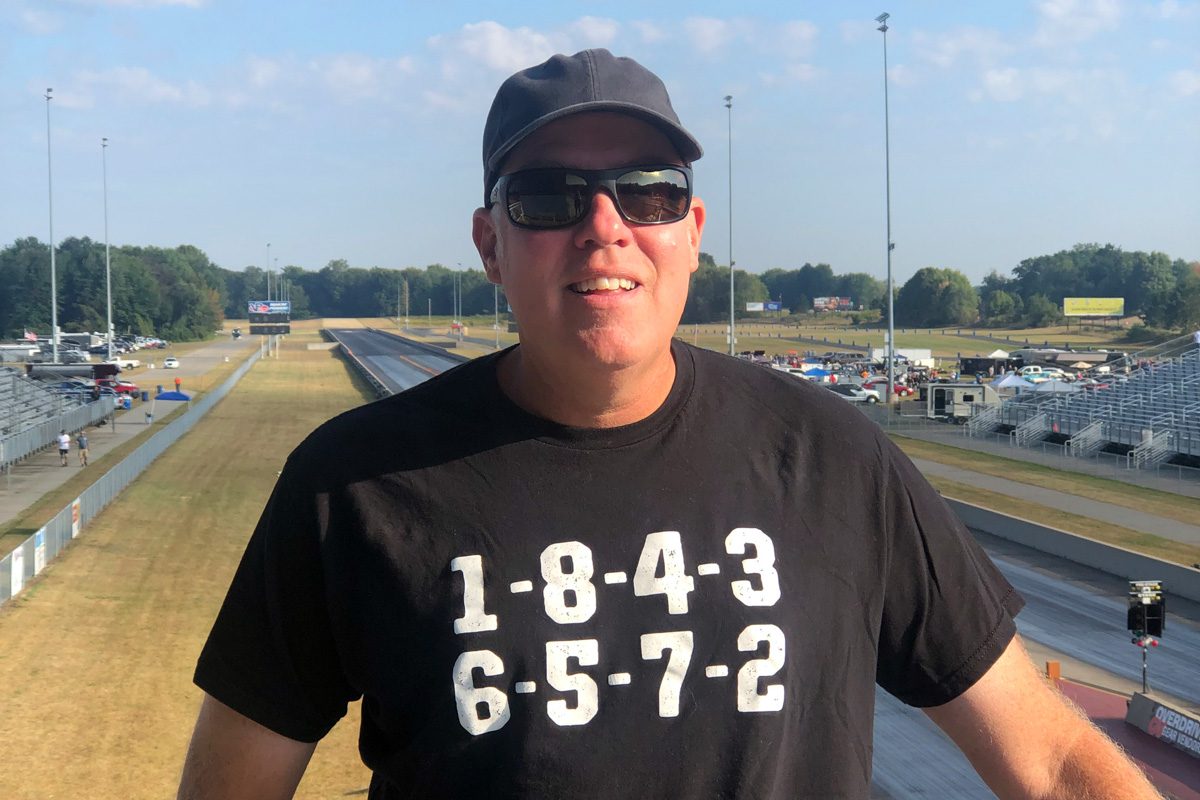 If you’ve ever read Hot Rod Magazine, Car Craft, Hot Rod Deluxe, or tuned into the MotorTrend channel to watch Roadkill, you know the name (and face) of David Freiburger. He began his automotive journalism career at Petersen Publishing in 1991 and has helmed many magazines, including 12 years watching over Hot Rod.

Freiburger began making web-based video shows while still at HRM, which has morphed into a full-time digital gig with three shows on MotorTrend: Roadkill, Roadkill Garage, and Engine Masters. His career is centered on cars and he’s a big advocate of driving, racing, and enjoying them, no matter what the condition. Freiburger was on the teams that created events like Power Tour, Roadkill Nights, Drag Week, and the Duct Tape Drags, and you may recognize some of his project cars, like the F-Bomb Camaro, General Mayhem Charger, and F-Rod model A.

We caught up with David between junkyard rescues, road trips, and dyno tests. You can catch him on Instagram (@davidfreiburger) for old car antics and maybe get a little history lesson now and then. 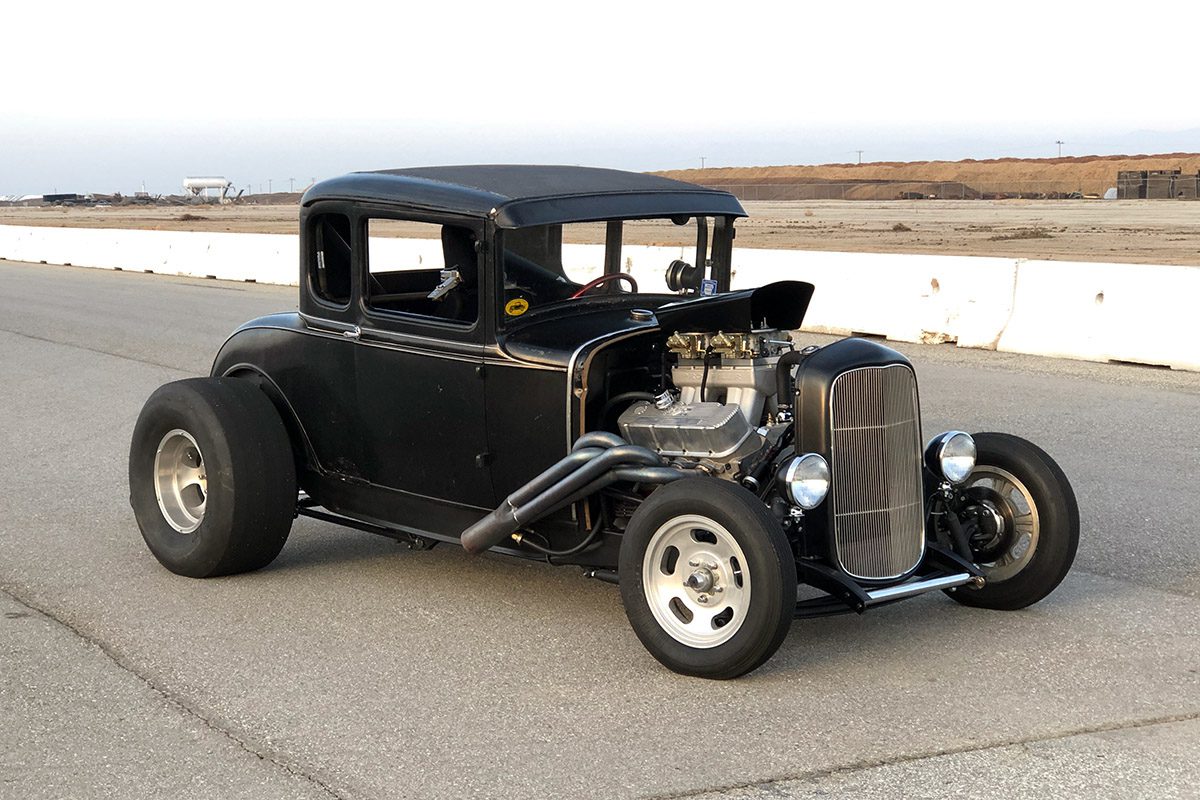 Goodguys: What was your first car and what’s the running tally of cars you’ve owned?

David Freiburger: My first was a ’70 Dodge Super Bee that I still own 39 years later. It’s a 383 car, but Dick and Mike Landy built me a Hemi when Mopar Performance started reproducing blocks. I’ve had more than 180 cars and the current count is 22. Oh, 23 – I bought a Wagoneer today. GG: Any cars you regret selling?

Freiburger: When I was 19, I had a ’71 Road Runner with a 440 Six Barrel, a Pistol Grip four-speed, an Air Grabber, and the Super Track Pack. It was black with a black stripe and the black-and-silver bench-seat interior.

GG: You’ve met and worked with many hot-rodding pioneers and industry heroes. Who would you have liked to work with if you’d had the chance?

Freiburger: Mickey Thompson – in my opinion, the greatest hot rodder of all time. From what I can tell, I wouldn’t have wanted to work with him, though. His sister Collene once told me he “had a double-A personality.”

GG: What are the similarities between producing TV/web shows and putting together a monthly magazine?

Freiburger: TV is far easier for me than editing a magazine. TV only takes one idea per show, whereas filling a magazine issue requires two dozen ideas or more. Because none of my shows are scripted, there’s no writing involved. On TV, I show up and do my thing, then the editing falls to someone else. The crews on my shows work far harder than the hosts.

GG: You’ve resurrected some pretty rough rides on Roadkill. What qualities will immediately eliminate a vehicle as a Roadkill candidate?

Freiburger: If it doesn’t have character, or if we can’t force it to have character, it’s out. We do “great parts on bad cars,” meaning beaters with money spent on speed parts rather than paint. The key is stance and memorable attitude, even if they are basically junk. GG: Are there any rescue or road trip adventures where you seriously began to think, “we’re not going to make this one?”

Freiburger: Years ago, Mike Finnegan and I executed a Holley-sponsored engine swap during the PRI Show in Indy with a live video feed. In two and a half days, we removed a blown big-block and installed a 700hp LS7 from Mast Motorsports and a Gearstar 4L80 transmission, complete with a Holley EFI swap. We barely got it running right as the show was closing.

GG: What road trip tips would you offer to other hot rodders?

Freiburger: Zip ties, duct tape, hose clamps, Vise Grips, gas cans, and Instagram can get you much farther than you think.

GG: Any favorite roads or regions you like to travel?

Freiburger: As cliché as it sounds, I loved my trip on the legit, old Route 66.

GG: We’re starting to see more EV swaps into hot rods at events (and even a couple Teslas on the Goodguys AutoCross). Will we ever see a Roadkill EV swap?

Freiburger: I agree that auto media needs to warm to EVs. But as for me? Only under protest.

GG: You have a large presence on social media. How important is social media for parts manufacturers?

Freiburger: It’s increasingly important. Unfortunately, there are only about a dozen manufacturers I’m aware of with followers on a big scale, so many rely on supporting a wide group of so-called influencers. The good news is they can spend only a little with most influencers and immediately discover if they deliver results; the bad news is there are many influencers who don’t have credibility or experience to talk tech about the products, nor the budget to truly test them. GG: What do you think the biggest challenges are in getting young people interested in hot rods and old cars?

Freiburger: Cost. We’ve all seen car prices spike lately; junk that was $1,500 a year ago is $5,000 today, and a $25,000 car is now $35,000. Likewise, parts and material shortages are driving up the price of speed parts. However, the younger crowd is learning to LS swap virtually any vehicle, and they seem to have more disposable income (or credit) than my generation did at the same age.

GG: Would you rather be on the dyno, at the drag strip, or on a dirt road in a sketchy jeep?

Freiburger: Dirt road with a sketchy Jeep. Rick Péwé and I plan to drive a bone stock WWII Jeep from Phoenix to the bottom of the Florida Keys this year, with as few paved roads as possible.

GG: Do you have a favorite car-based show that you’re not involved in?

Freiburger: My buddy Derek Bieri does Vice Grip Garage on YouTube. He does dirt-cheap junkyard rescues all the time, proving that affordable project cars are still out there – though they aren’t ’69 Camaros and ’55 Chevys.

GG: You have a number of land speed racing records and are in six different 200mph clubs. Any racing pans for 2022?

Freiburger: My partners Keith and Tonya Turk are hankering for the El Mirage points championship. That means setting a record in excess of 200mph at six meets in a row in the same body class with multiple engines, which is tough when you’re racing on 1.3 miles of loose silt. El Mirage is the most difficult of all the land-speed venues.