Custom Capital – On Parade in Prunedale

Nobody works harder than our friends at Deadend Magazine, the brains and brawn behind the Custom Capital show. Deadend founders Juan and Jesus Espinosa must travel to west coast Lowrider and custom car events 40 weeks a year, maybe more. One weekend they’re in Pleasanton, the next Pomona, maybe a run out to Phoenix, back to the bay, down to L.A. – they’re hard on the gas. When not chasing images and stories about cool cars or staffing their popular merchandise booth (Deadend gear is the best, especially for big guys!), they’re kicking it with family or running their incredibly cool Deadend store in Salinas, California. For good measure, they started a local show they could call their own. Custom Capital gathers over 100 of the coolest customs in the west for a day in the park. A few custom bikes were thrown in for good measure. Located at Manzanita Park in Prunedale, the show is all about celebrating the Lowrider and custom car culture. Yes, the cars are bitchin, but it’s the people and party that make it so memorable. It’s fun, chill and very friendly. It’s also affordable! Entry is cheap (at $10) and there isn’t a lot of filler to skip trying to get to the good stuff. Things got started Friday evening with a street-takeover and cruise through downtown Salinas to kick off the weekend. Come early Saturday morning, the park filled up fast with spectacular sleds. From car to car, you are probably going to be looking at something you really dig. Not some filler cars you don’t care about. Probably something close to what you want in your driveway after cashing in that winning lotto ticket! To award these ladies and gentleman for their hard work there were, of course, some spectacular trophies. Rather than give a best of this or that, the Deadend crew use a different approach. Car clubs and builders like Payasos, Classics, Rod Powell, Salinas Boys Customs, and others made their pick of what they would drive home if given the opportunity. This is a great way to approach car show awards. Casual and cool. No BS or politics. We have always heard a lot of complaints when one or two people are walking around without a real concourse style judging sheet decided who has “the best blah, blah, blah”. This is done in a way that there shouldn’t be any confusion, and it’s tough to argue with an opinion! The 4th annual Custom Capital show was on point. The weather and the scenery couldn’t have been better. In roughly 11 months this will all happen again, so start planning your trip to Prunedale, CA to enjoy the best of the best out west. 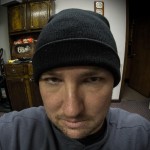 Brandon Most is a San Francisco based automotive journalist and photographer. When he's not at his day job (wrenching of course) he spends his time editing his own website www.bayareaautoscene.com as well as freelancing for us!