Tyler Dahlgren’s 1966 Chevy C10 is Finally on the Road

Life often gets in the way of a dream. For some, it’s a major home improvement project. Or sending children to college. Or traveling the world. For the lucky ones, though, the dream eventually gets back to the top of the list.

That’s the story of how Tyler Dahlgren’s 1966 Chevy C10 pickup came to be what you see today. He bought the pickup in the early ’90s with a plan to upgrade it. He began working on the truck, then life intervened. “Life sort of got in the way at that point,” Tyler says. “I quit working on it and had it in storage in a building that my brother owned.”

When his brother sold the building a few years ago, Tyler decided it was time to get back to work on the truck. He chose a different approach this time. “I decided to let the professionals take care of it,” he says, so he turned to the crew at Killer Hot Rods in Arlington, Texas. Nicholas Ryan and his colleagues did the metal work and laid the paint on the red beauty. The heavily massaged body maintains most of its original design cues. Modifications include smoothed body seams, a custom panel under the tailgate, tucked and smoothed bumpers, and one of the smoothest custom fiberglass bed covers we’ve seen. The bed floor is a combination of oak wood and stainless-steel strips. Tyler wanted a two-tone look and found it easy to select the right shade of white paint. Finding the perfect red was tougher. Tyler wanted something like a candy apple red but didn’t want to use a three-stage paint. “We went through hundreds of colors before we found the right color,” Tyler says. He credits the crew at Killer Hot Rods for suggesting the Barcelona Red Metallic, which is a Toyota/Lexus hue. 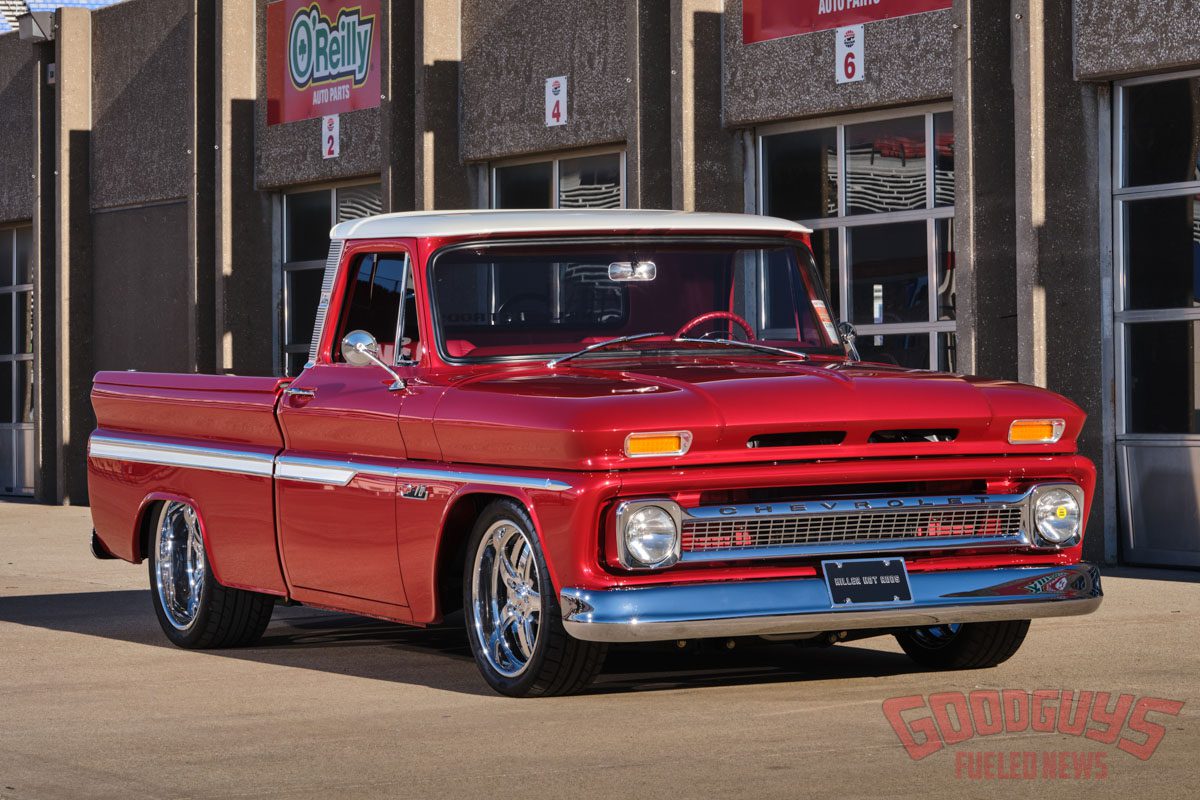 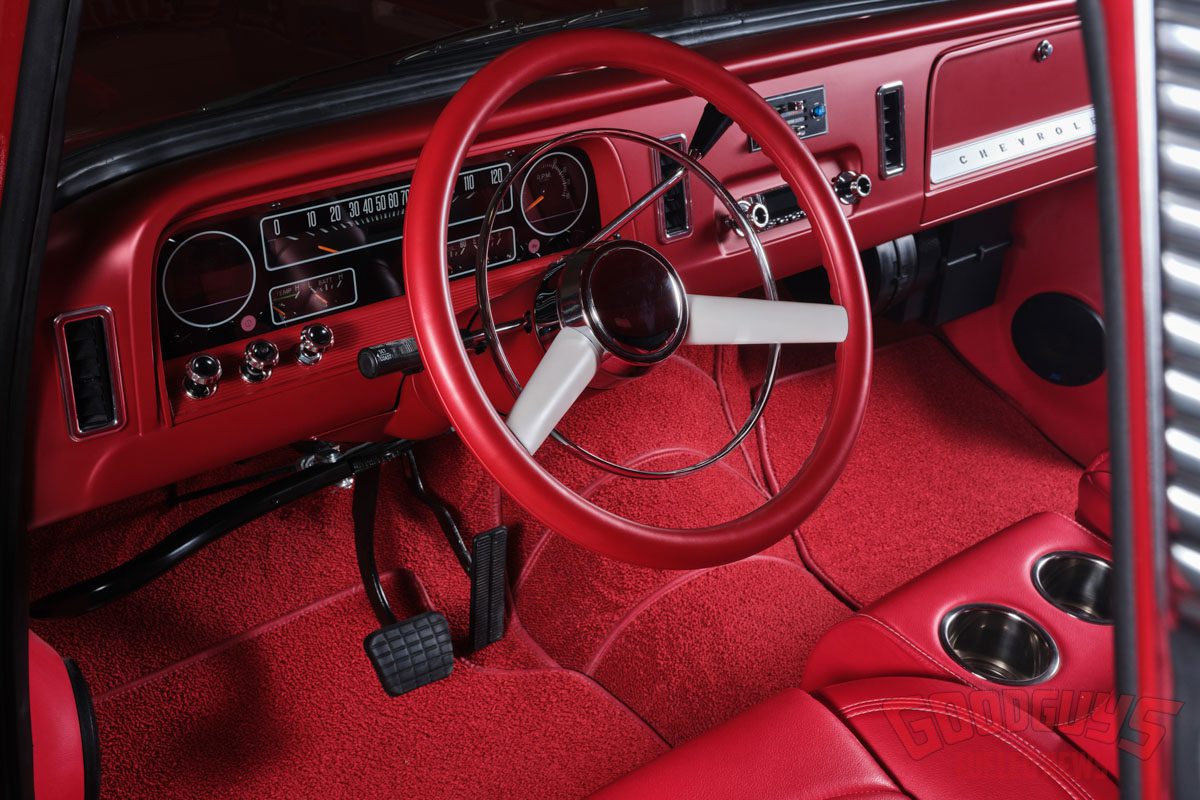