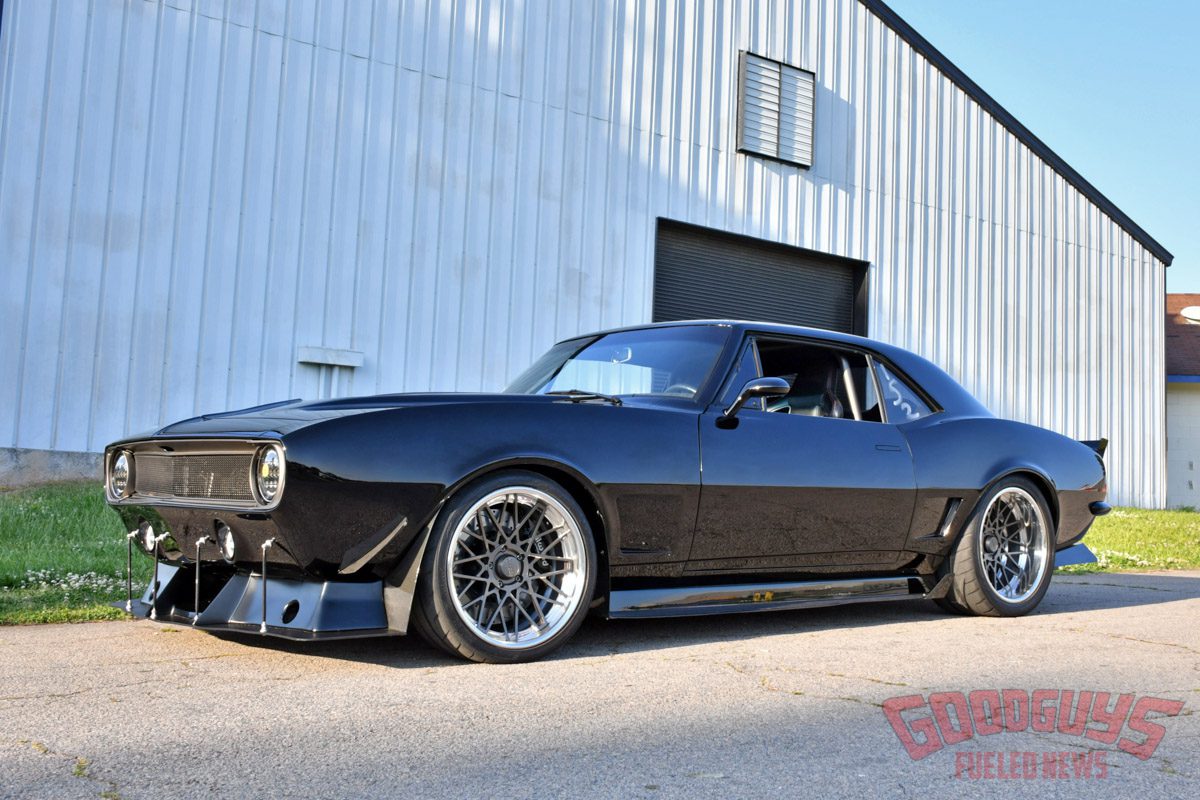 When you have more than three decades of professional paint and fabrication experience, and you own you own successful shop, customers expect that the level of workmanship on your personal car would set the shop standard. For Tim Lucento, his heavily modified ’67 Camaro exceeds any expectations. By a wide margin. All aspects of the build – from concept through paint and interior – showcase the workmanship by Tim and his crew at Tim’s Custom Painting in Yorktown, Virginia. A few years ago, a customer bought the ’67 into the shop in need of serious work. Tim ended up buying the tired Camaro and what you see now is the finished product. Starting with the body, in addition to extensive amount of repair and panel replacement required, there were many modifications performed. Most obvious: the custom-fabricated hood, front spoiler and the rear splitter. Front fender air ducts, quarter panel brake ducts, and side rocker panels were all fabricated by Tim and his staff. Even the door handles are custom pieces. A custom grille insert and a reworked taillight panel complete the long list of mods, while the beautiful black PPG finish is augmented with a dark silver center stripe and red pinstripes. 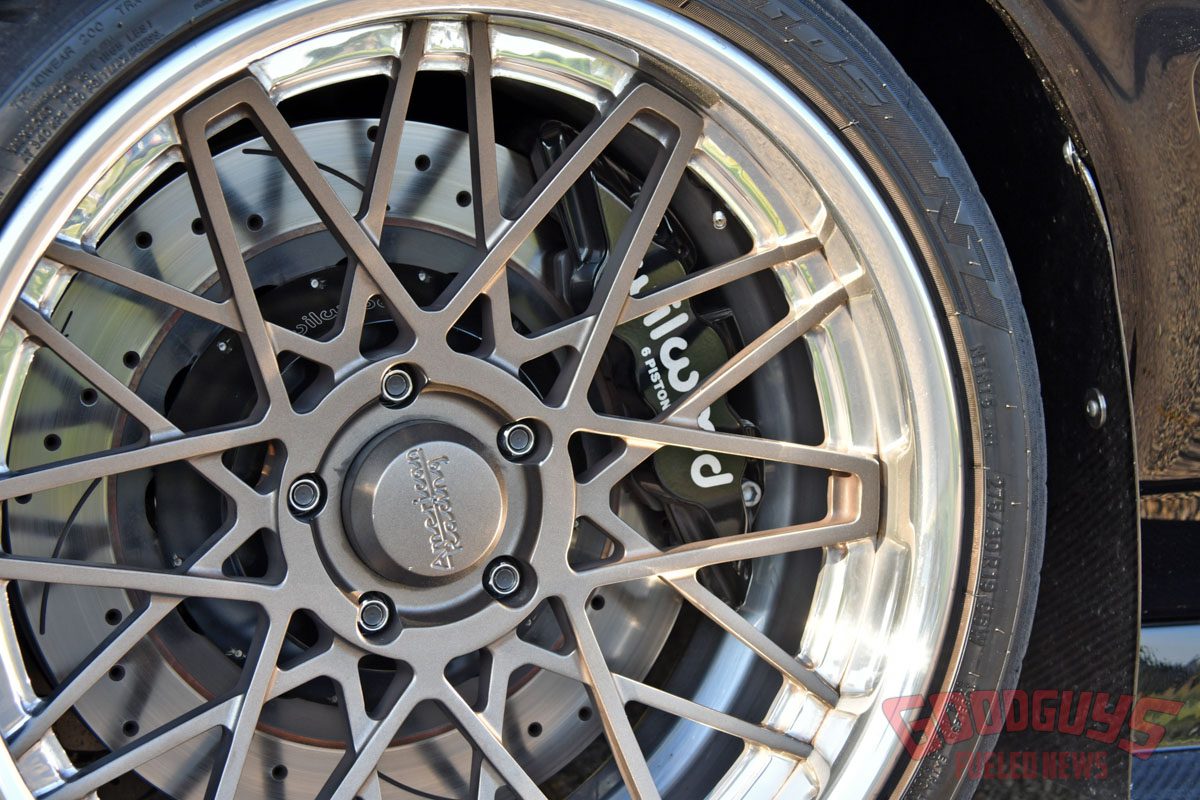 The custom work continues inside. Tim and his crew massaged the stock dash to include a RacePak Pro digital dash, along with an auxiliary screen to control the stereo. A custom console houses the shifter, window switches and a cup holder. Ididit supplied the column and steering wheel. Custom formed door panels neatly wrap door-mounted stereo speakers. Tim upholstered the Braum Racing seats with black leather, while the red stitching and the red door panel inserts add a bit of color. A roll bar protects Tim and any passengers. 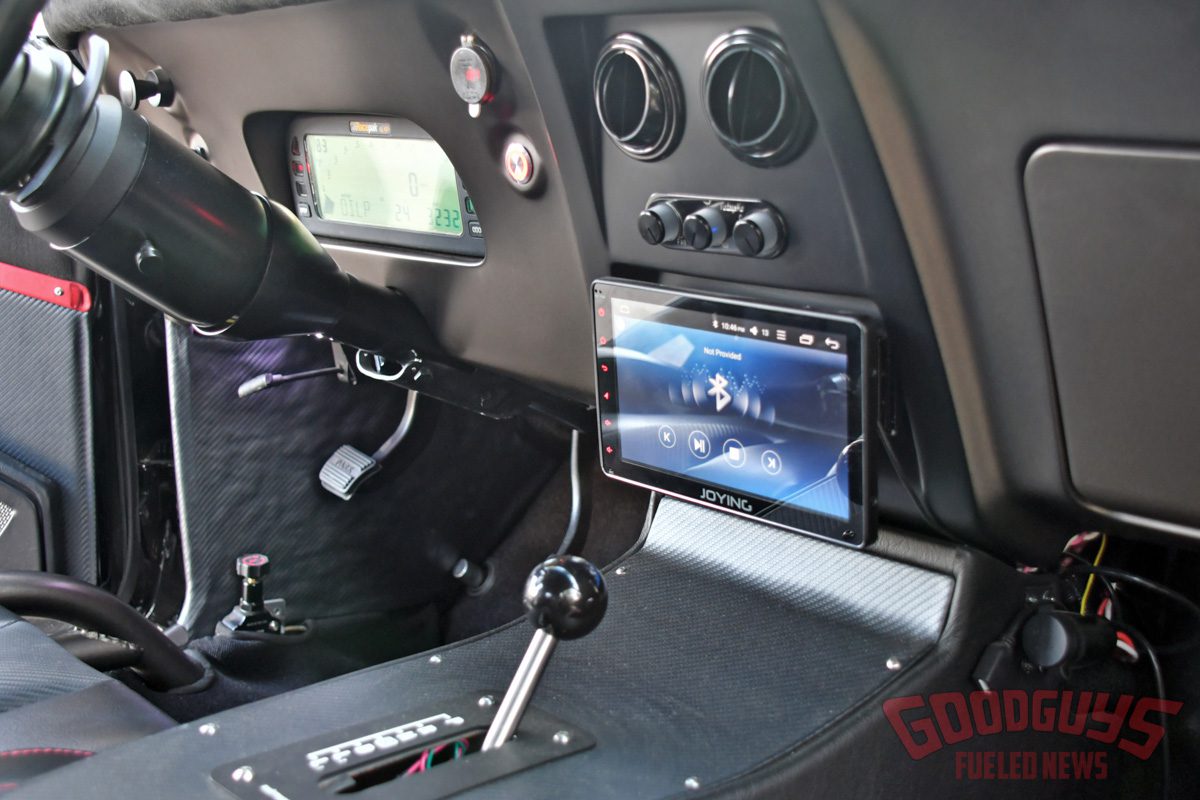 Anyone who’s built a custom ride usually looks at the finished product and thinks about all the things that could have been done differently. For Tim, just one thing is on that list: more horsepower.

You can’t argue with that.