The more you examine Joseph White’s 1968 Chevy C10 pickup, the more you notice the myriad custom touches, large and small, that make this one of the nicest custom C10s on the road today. White teamed up with the crew at Creative Rod and Kustom in Womelsdorf, Pennsylvania, to create an eye-catching example of how to massage what started life as a pedestrian pickup into a masterpiece of workmanship. 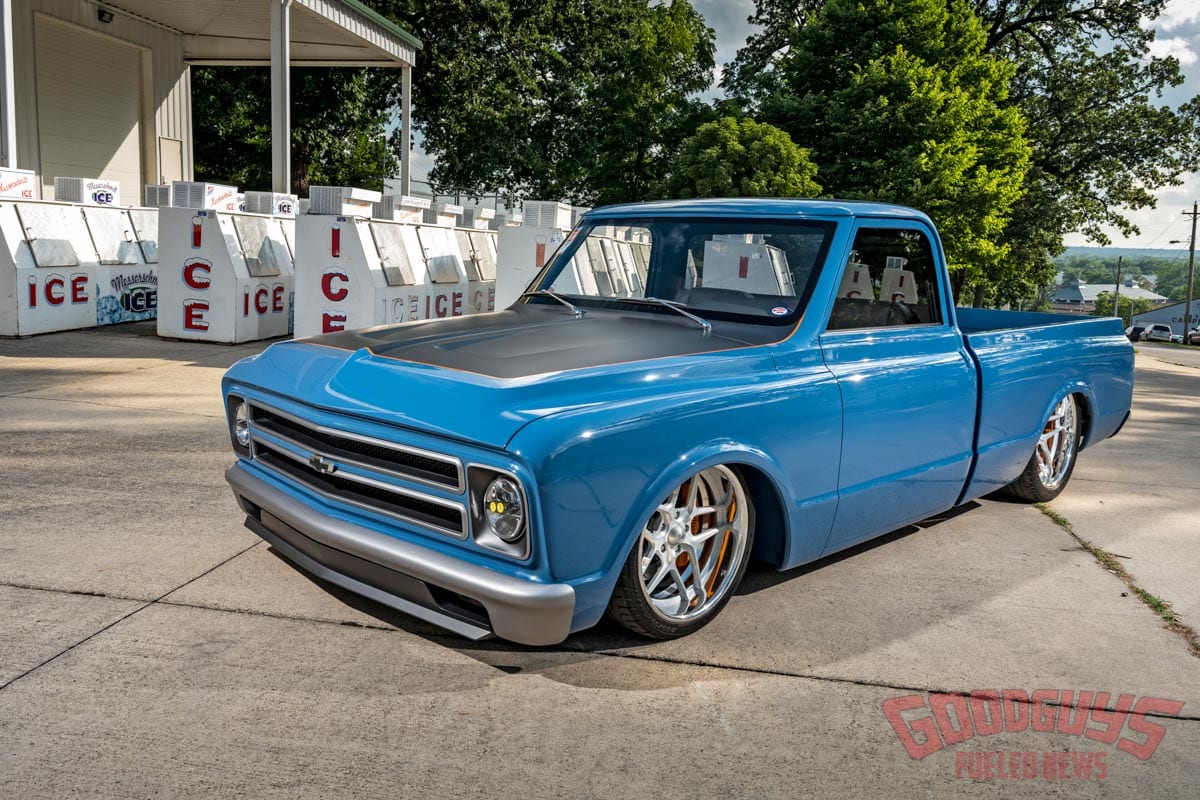 Let’s start with the body. The one-inch top chop, flush-mount glass, and deleted wing vents are just the beginning of the small but stylish modifications. Continuing the less-is-more strategy, side marker lights and emblems are eliminated. Clunky stock door handles are replaced with flush-fit Corvette hardware. The gas filler is relocated away from the corner of the cab. 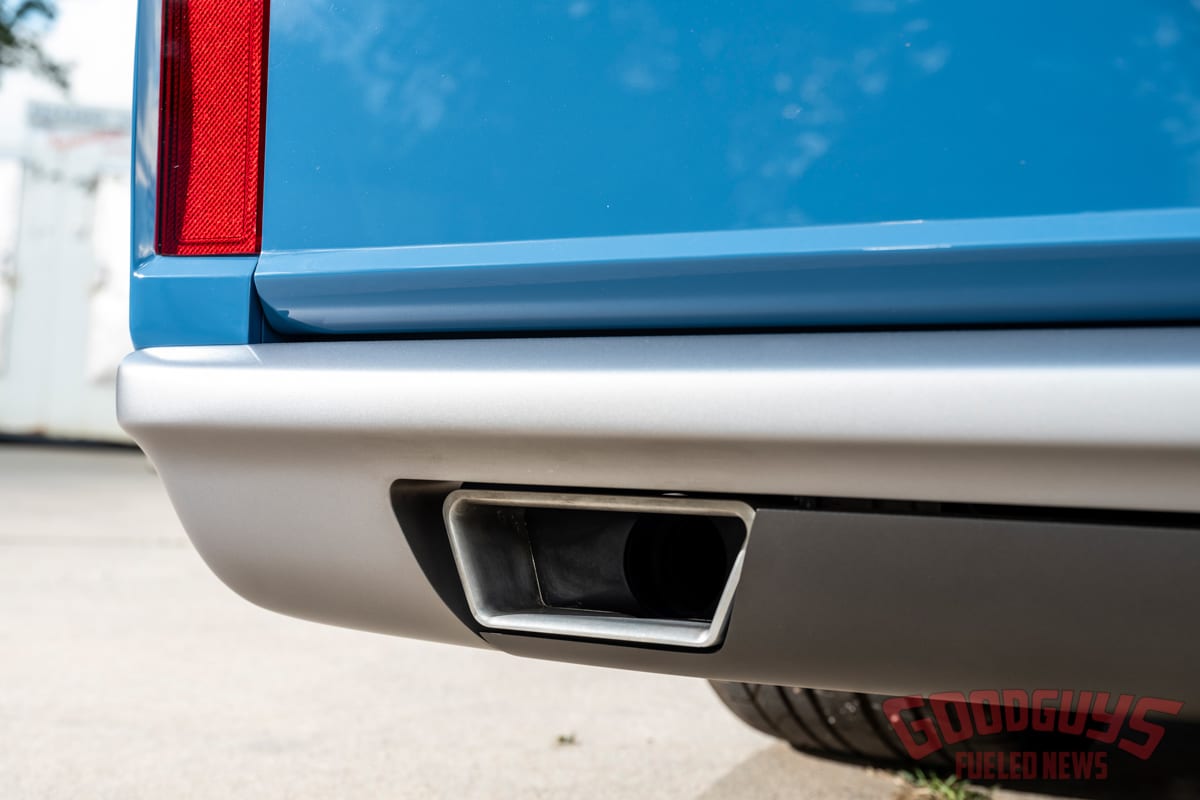 Under the vented hood, a GM Performance LS3 engine rests on a Roadster Shop SPEC-series chassis. A Magnuson Supercharger pumps up the intake chores – and the power – while exhaust exits through Ultimate headers and Flowmaster mufflers. More custom metal work in the engine compartment continues the smooth design cues and exceptional attention to detail. The interior is equally as stunning, carrying the satin gray color on the hood through to the custom-formed dash containing Dakota Digital gauges and Vintage Air climate controls. A custom console houses the Lokar shifter while custom bucket seats and custom door panels are covered in Hydes leather stitched by Bux Customs Interiors of Pottstown, Pennsylvania. A Billet Specialties steering wheel and Lokar pedals complete the stylish interior treatment. Pickups are everywhere these days and the treatments often run to extremes, from monster pavement pounders to wild custom variations and over-the-top restorations. Joseph’s 1968 Chevy C10 cuts its own path, though, creating a category that highlights subtle sophistication with innovative touches. 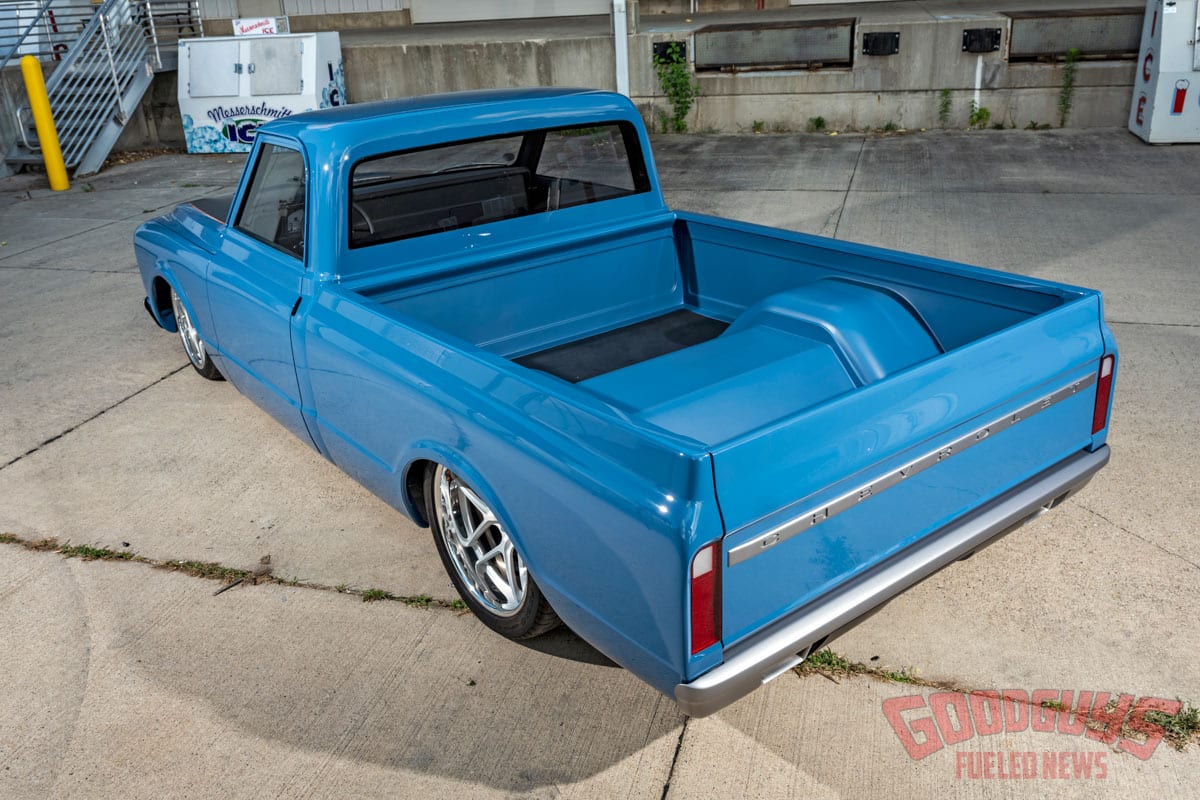