For most of us, our first ride fell on one end of the spectrum or another. Either it was a clunker worth forgetting, or something we wish we’d kept. For Gordon Noggle, his first ride fits into a third category: keep it long enough and you’ll end up with a Chevy pickup that exceeds your wildest high school dreams. While his original pickup was a ’55 second-series Chevy, the current version is a collection of ’56 pieces riding on an Art Morrison chassis that includes the rear steps from his original truck. The cab and doors were found in Casper, Wyoming, and the front clip in Cheyenne. That combination of something new and something old produced this bright-red beauty built by Tyler Nelson and the crew at Revision Rods and Rides in Rapid City, South Dakota, with interior work by Dan Weber at Weber Custom Interiors in Alexandria, Minnesota. Revision Rods & Rides performed the truck’s myriad modifications, which included some creative work on the bed. Double-wall bedsides hide the wheel tubs that allow room for 12-inch-wide tires. And the floor planks are not actually wood, but aluminum panels hydro-dipped with a woodgrain pattern The rear of the bed was massaged with rounded top rail corners, while the rear bumper is a front bumper that has been flipped upside down, narrowed, and has cutouts for the exhaust tips. There’s a rolled pan underneath tying the bed together. The stock trim, emblems, and wing vents were also removed from the body, and custom inner fender panels under the hood. There’s also a fabricated engine cover helping to hide most of the plumbing and wiring. Revision’s Tyler Nelson applied the custom-mixed BASF Glasurit paint. A custom dual-cluster dash houses Dakota Digital gauges, while a billet wheel atop an Ididit steering column handle turning chores. Vintage Air keeps the cab’s climate under control. Dan Weber of Weber’s Custom Interiors applied the Hydes leather to custom Cobra seats, as well as the rest of custom panels in the cabin. 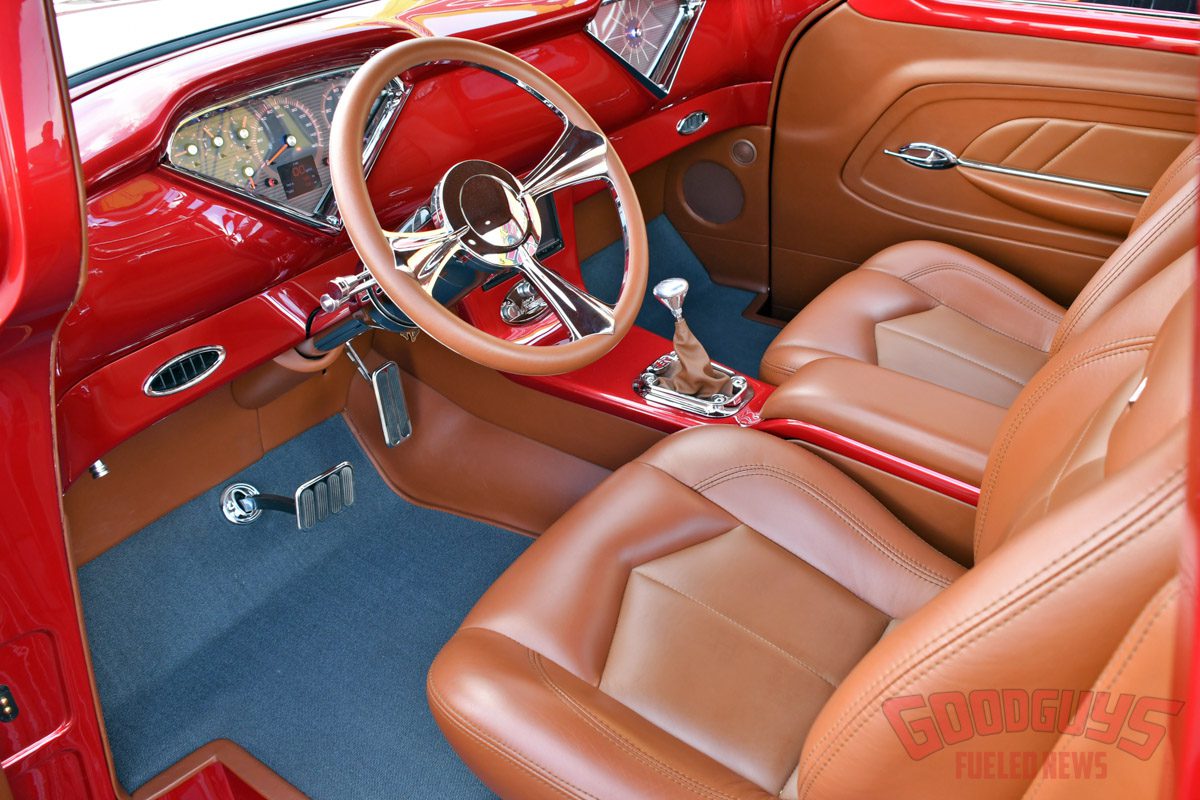 The completed truck is a real showstopper that debuted at the 2019 SEMA Show. It’s well beyond anything Gordon could have imagined in high school, and he says he’s enjoying the process of spending time with his dad showing the truck at events.