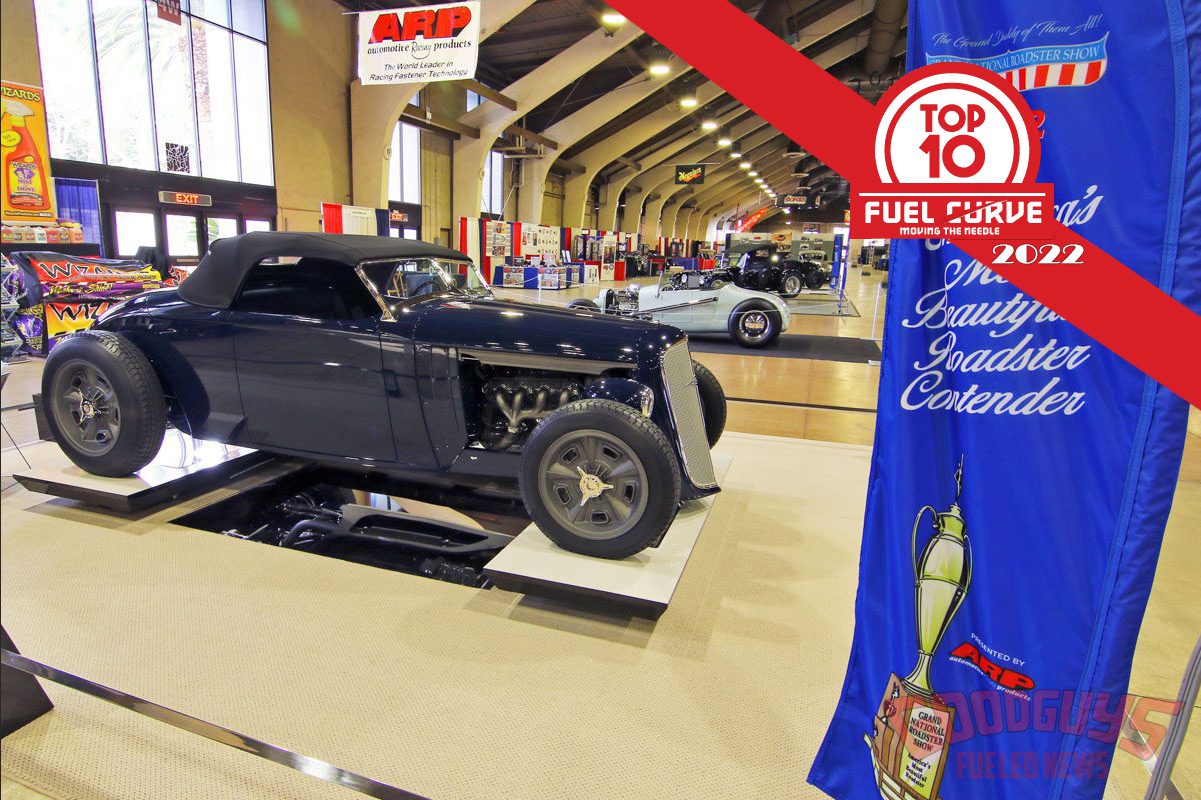 The triumphant return of the Grand National Roadster Show happened in 2022 and it brought back a much-loved and longstanding annual tradition: competition for the prestigious America’s Most Beautiful Roadster award. Eleven contenders brought their A-game to Pomona and on Sunday night the towering 9.5-foot AMBR perpetual trophy was awarded to Jeff Breault and his ’34 Chevrolet roadster built by Devlin Rod and Customs. Breault’s Chevrolet roadster was over seven years in the making. The project was visualized in an Eric Black illustration and is built on a custom chassis designed and built by Roadster Shop that features an innovative IFS system with cantilevered coil-over shocks mounted on the inner frame rails. The roadster’s LS engine was built by Keith and Jeff Dorton at Automotive Specialists to deliver maximum modern performance. To maintain traditional appearances, though, builder Tim Devlin worked with Johnson’s Hot Rod Shop on custom-machined parts like the valve covers and intake manifold for the stack-style electronic fuel injection.