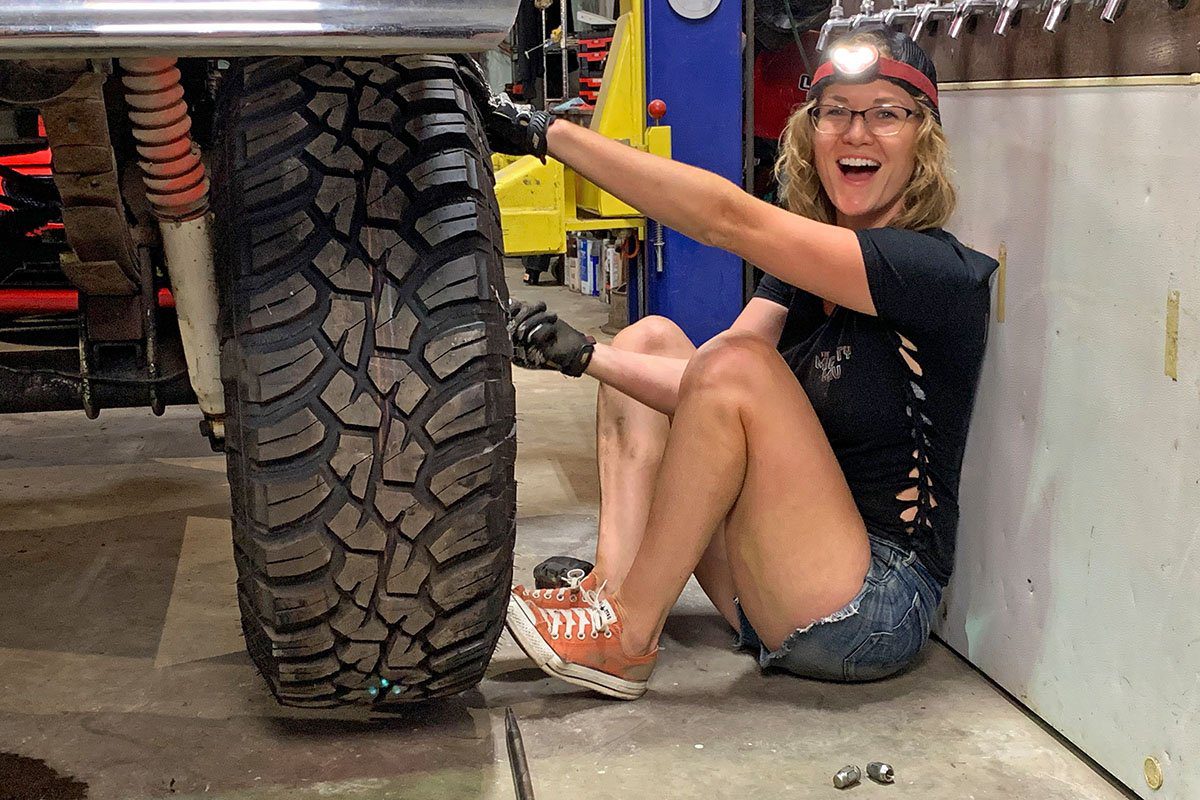 We’ve all been spending more time on social media in recent years, as well as interacting with online platforms like YouTube. And if you’re a car enthusiast, it’s likely you’ve seen – or will soon see – content created by Emily Reeves.

Reeves and her husband, Aaron, are the influencer couple behind the popular YouTube channel called Flying Sparks Garage. The video series first launched in 2015 and follows the Texas couple as they repair and build cars, go racing, take road trips, embark on automotive-related adventures, and tackle a wide range of do-it-yourself projects. From rebuilding engines and installing fuel injection, to participating in Hot Rod Drag Week and rehabbing a boat, the couple’s videos cover a wide range of topics, all with laid-back and friendly presentation.

Reeves divides her time between online content creation and an active modeling career – she likes to joke that she’s a professional model and amateur mechanic. A down-to-earth attitude combined with Reeves’s can-do enthusiasm has helped the couple to develop a loyal following of enthusiasts and do-it-yourselfers.

We recently caught up with Reeves to learn more about the origins of Flying Sparks Garage and discuss the secrets to social media success, road-trip music, and why diving in and trying something is the best way to learn. To find out more, search out Flying Sparks Garage on YouTube, or give them a follow on Instagram or Facebook. 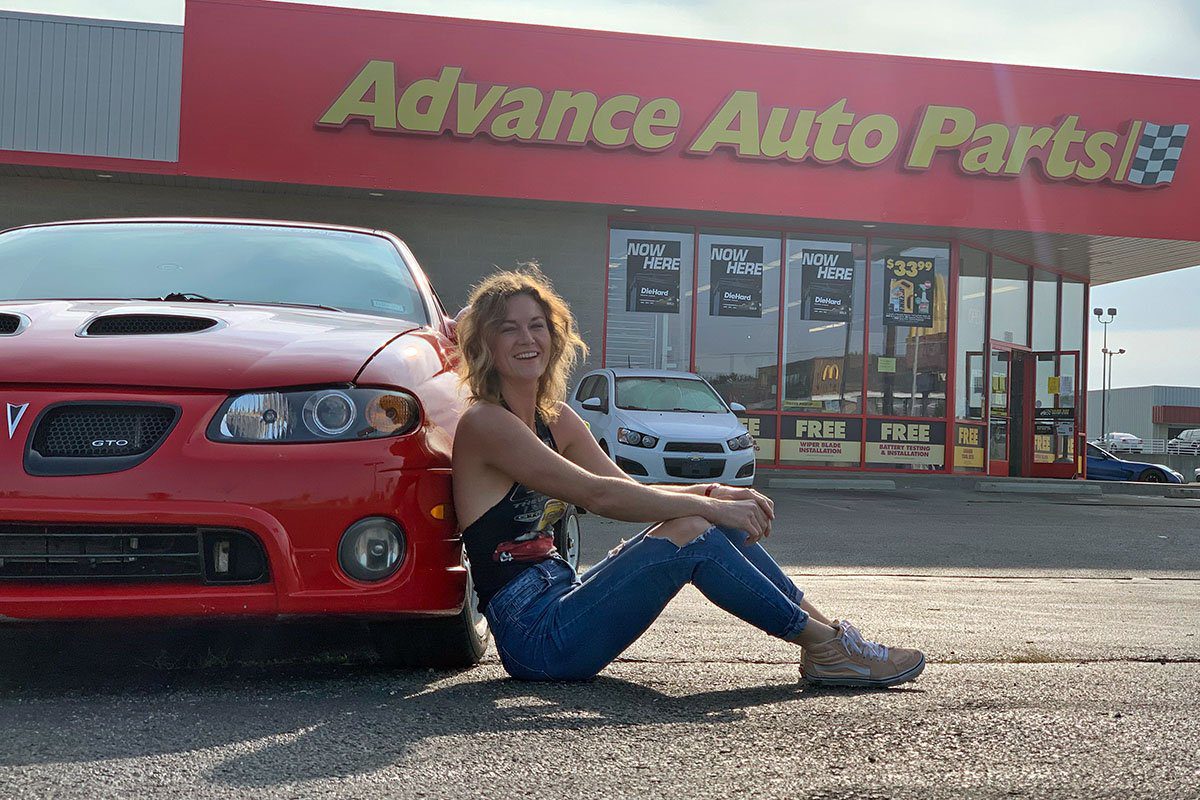 GG: When did you first start working on cars and trucks?

Reeves: When I met Aaron in late 2001. I was 14 and he was 17 when we started dating and I wanted to be next to him at all times, so I ended up in the shop! He always encouraged me to get my hands dirty and learn, so I always say that in falling in love with him, I also fell in love with cars. Sappy, I know! GG: How did Flying Sparks Garage get started?

Reeves: In March of 2015 I started an engine build for Roxy and decided to make a video series on the process. It’s expanded A LOT since, but that’s where it began!

GG: What do you think have been the keys to your success with Flying Sparks Garage?

Reeves: Persistence. Endless self-promotion. Being ourselves. Believing in our mission, which is to inspire others to create memories in the shop together building adventure machines.

GG: Do you hope to be an inspiration for more girls and women to get into cars?

Reeves: Absolutely! I’ve received so many kind messages that we are inspiring folks – not just women but entire families, which means so much! GG: You’re not afraid to show the mistakes you make – why is that important to you?

Reeves: It’s important because I want to encourage other folks (men, women, and kiddos) that getting out there and TRYING is so much better than never attempting jobs because you aren’t an expert.

GG: You always seem to have such a positive attitude – is that hard to maintain?

Reeves: Most of the time it’s innate for me. I was raised by really sweet and encouraging parents, so my brain is literally wired that way. But that’s not to say I don’t have tough days –they happen to all of us!

GG: Do you think the “do-it-yourself” ethos is still alive and well in the old car hobby?

Reeves: I absolutely do! Especially since the craziness of Covid. Lots of us were inspired to dig into projects!

Reeves: Interesting question! I think in media and content creation there’s a lot of trial and error – put something out there and see if it works, how your audience responds. With wrenching it’s similar. As we move through our various builds, we try different components, carbs vs. fuel injection, boost vs N/A. There’s pros and cons to all of it and everything provides lessons. GG: What is something people would be surprised to learn about you? Do you have any secret talents, weird collections, etc?

Reeves: People are generally surprised that I quit school in third grade! My parents were dissatisfied with the public school system so we homeschooled. It was a really beautiful alternative way. No schoolbooks or tests, just diving into what interested our minds and believing in the ambition of our characters to learn all the information we needed to navigate the life of our dreams. It’s worked out pretty well for me. I wouldn’t have changed a thing about the way I was raised – I’m extremely grateful to my parents.

GG: Where would we find you on a day off?

GG: What’s next for Emily Reeves?

Reeves: More focus on building Flying Sparks Garage, and also the new lifestyle channel called Jump In with Aaron & Emily. We have a lot of amazing partners and it takes a ton of work on the backside of our business to maintain those relationships that sustain our momentum. So exciting!