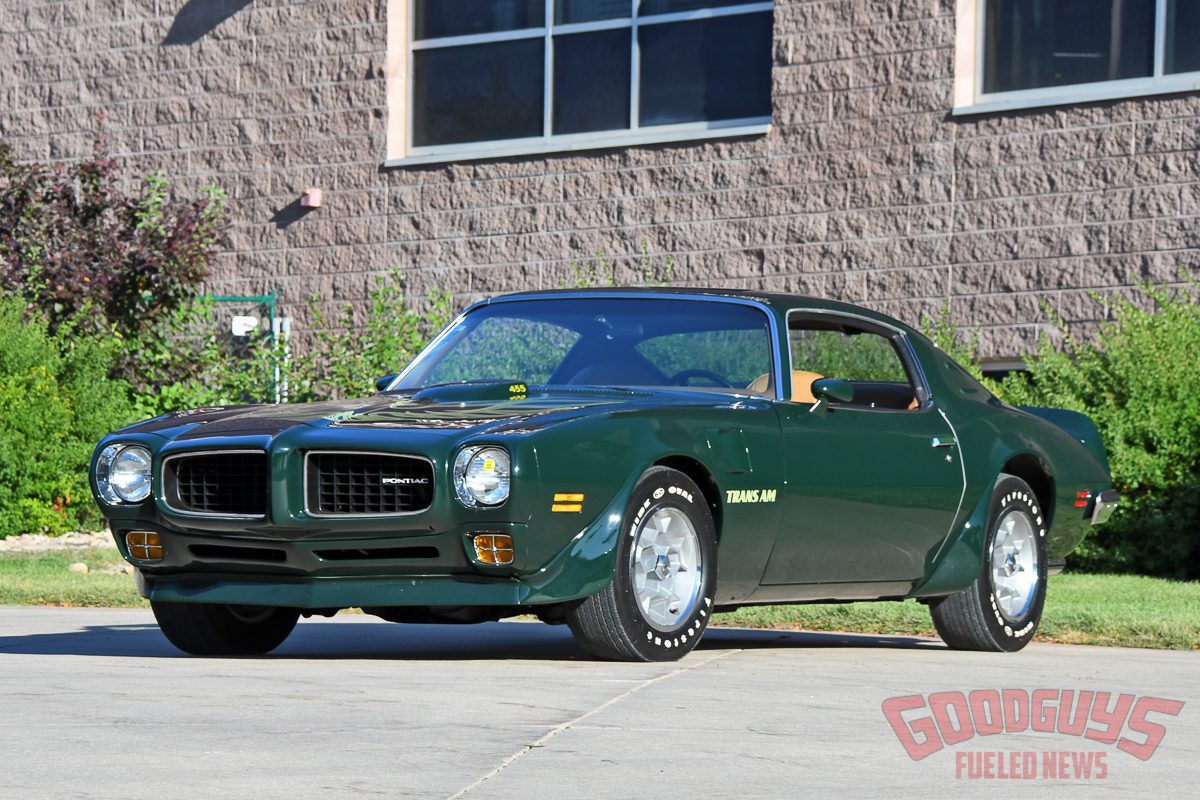 David Gruthoff has a serious addiction to muscle cars and has assembled a solid collection of rare, restored examples from all the Big Three nameplates. For the most part, the search for each car followed by the hunt for rare parts and the restoration have all gone smooth and have been fun, except when it came to a second-gen Trans Am. The first T/A David decided to pull into his collection was a ’71 model purchased through an auction, except the car ended up not living up to its promoted pedigree. Lesson learned, so when he found this rare Brewster Green 1973 Pontiac Trans Am for sale in the San Francisco area, he flew out to personally inspect the Pontiac. He thoroughly checked every casting and stamped number he could get to, drove the car, and inspected all the paperwork before buying and shipping the Trans Am to his Colorado home. Upon receiving the car, he changed the oil and prepped it for some driving only to have the cam go flat in short order. It’s a good thing David is a glass-is-half-full kind of guy, as he looked at this as an opportunity to thoroughly detail the stock 455 to his exacting standards and go through the Turbo-Hydramatic 400 trans and Safe-T-Track rearend. He turned the drivetrain over to Rich Larusso, who rebuilt the Pontiac engine to stock specifications with the addition of a hydraulic roller valvetrain to prevent the chance of cam/lifter failure in the future (due to modern low-zinc oils). The stock exhaust manifolds, Quadrajet carb, and the rare Unitized distributor were all retained before being mated to the trans and nestled back under the screaming chicken covered hood. David’s T/A is finished in a very rare Brewster Green paint with a Saddle-colored interior that features high back bucket seats, a tilt column, console, and a factory 8-track tape player mounted below the AM/FM stereo. The Rally Gauges are housed in the classic Pontiac-only machine-turned cluster with a 5,700-rpm red line tach and 160-mph speedo. 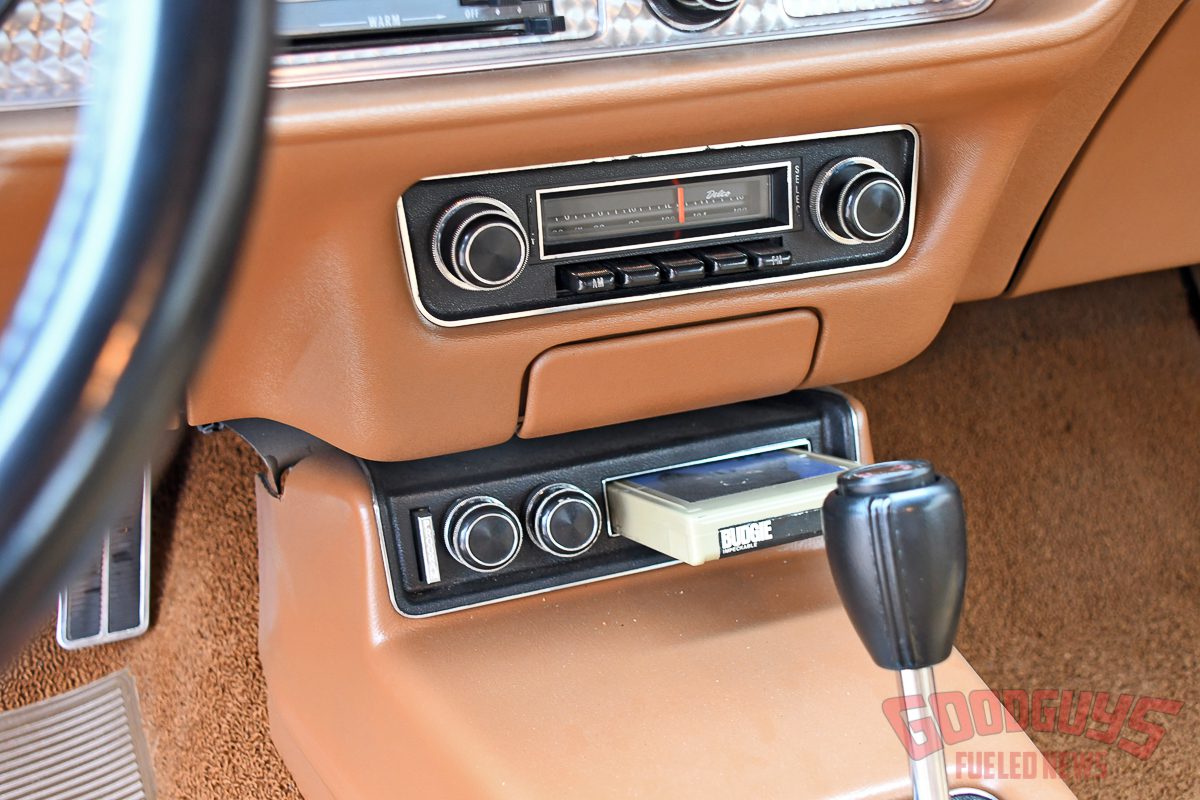 The car rolls on a set of vintage Pontiac honeycomb wheels wrapped in Firestone Wide Oval 60-series 15-inch tires which were part of the Trans Am’s handling package. A heavy-duty radiator and a Delco X maintenance-free battery were other options the original buyer added to the list before taking ownership at Oakes Pontiac-Oldsmobile dealership in Centralia, Washington. Though his search for a vintage Trans Am took a couple detours, David is more than happy with his ’73 that finally fulfilled his desire for a big-cube T/A.