Time Capsule: What We Miss – 1960s CabOver Pickups and Vans

A mostly 1960s phenomenon, the “cab-over” 1961 Ford, Chevy, and 1964 Dodge light pickups and vans were as common as Toyota Camrys today. Where did they all go, and don’t you wish they were still made? Chevy was so sure of their popularity they produced both the Corvair-like Y-body Greenbriar vans and pickups, and then a more conventional van in tandem in the mid-1960s once they figured their Corvair-powered entry was gutless and too quirky. Dodge was a little late to the party, producing their A-100 pickup and van starting in 1963 as a 1964 entry. All three were unibody construction intended for light duty hauling. 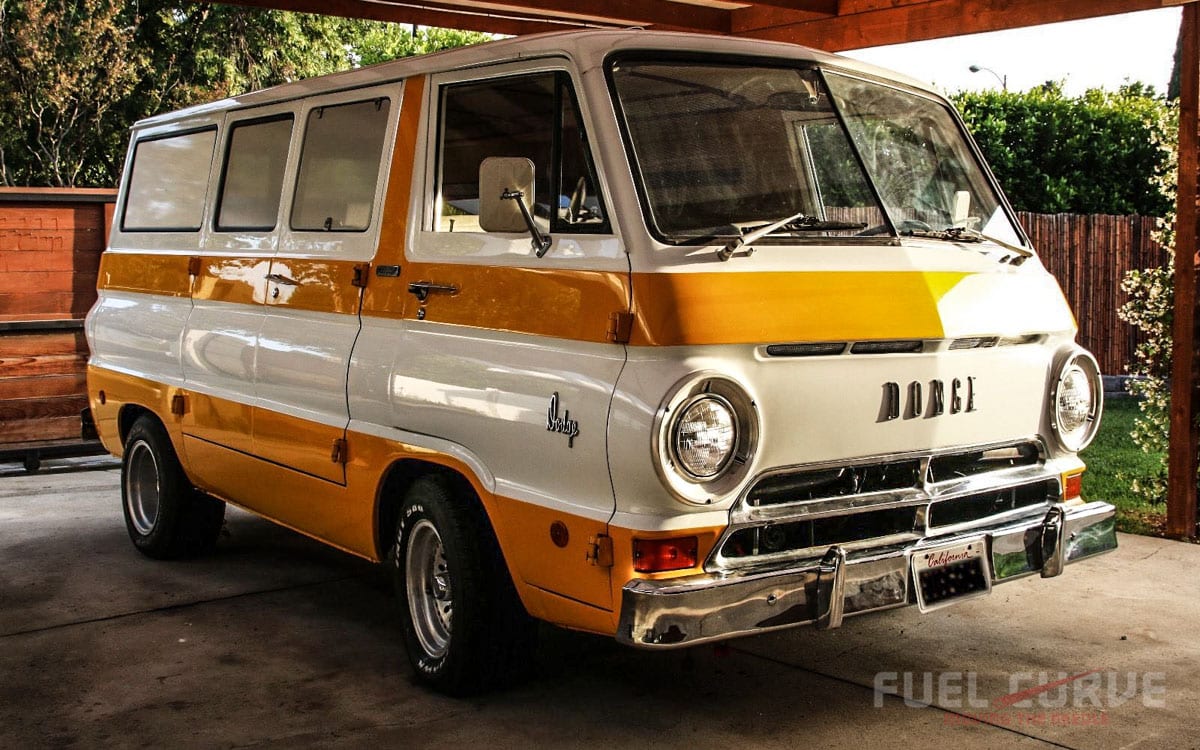 The cab-over moniker came from the engine placed over the front axle, as in cab-over-axle. All were a takeoff of Volkswagen’s Microbus vans available since the mid-1950s. Only 10-percent of Econolines produced were the pickup versions. Chevy’s Corvair-based pickups could be ordered with a side ramp, called the “Rampside” as well as a more typical pickup configuration. If you’ve ever seen footage of Chevrolet’s testing of the Ford Econoline pickup, you’ve seen them do hard braking resulting in the truck tipping dangerously forward with the rear wheels coming off of the pavement. Yikes! Yes, especially the pickup versions were weighted heavily to the front, due to the driver’s location over the front axle, and the engine tucked next to him. Ford countered this tendency with 150-pounds of ballast at the rear, but it did little to remedy the tendencies Chevy filmed. This may have been one reason why during the life of the first Econolines there was never a V8 option. Ford called their window van a “Station Bus,” and later the “Club Wagon,” while the cab-forward platform was known as the E-Series. Dodge’s window van was called a “Sportsman”, while Chevy went with “Greenbriar” for its window van. While the first domestic offerings were available as both vans and pickups, with the Corvan featuring a novel door that was also a ramp, once they brought out its replacement in 1965 it was only available as a van. And when Ford and Dodge replaced their first-gen cab-forward vehicles, they also eliminated the pickup versions, offering only vans in both short and long wheelbases, and with or without windows. An interesting side note about Chevy’s replacement for the Corvan. Its first flat windshield iteration lasted only a couple of years before a major facelift in 1966 as a 1967 model. Soon after the 1964 model debuted there were repeated incidents of fires in the cargo section of the vans. Through extensive wind tunnel testing it was found that the indented windshield caused cigarettes flicked out of the driver’s window to sail about a foot beyond the flick, then they got caught in the airflow coming around the A-pillar, and were sent back through the window behind the driver. There, it ignited whatever flammable items were in back of the van. Wow! The replacement remained unchanged through 1970, and included a V8 option. Fords and Chevys are fairly reasonably priced today, making for an affordable start to a unique project. A-100 Dodges, especially the pickups, tend to be a bit more than their Detroit counterparts. We wonder if it’s due to it being so tied to one of the most beloved exhibition cars in drag racing; Bill “Maverick” Golden’s “Little Red Wagon” wheelstander. The most infamous of all the cab-forward offerings, there were many knockoffs of the Little Red Wagon including the “Backup Pickup” Ford of Dick Harding that looked like it was going backwards with Harding seated facing the rear window and the engine in a conventional location ahead of the driver, placed in the cargo bed. The later updated vans from the 1970s and 1980s are what we typically think of from the “van era” of the mid-1970s, in all of their crazy-paint, shag carpet glory. And love them or hate them, interest in these vans are making a strong comeback based on an increase in reproduction parts, some of which they share with their conventional pickup brethren, which have definitely seen an increase in both interest and values.