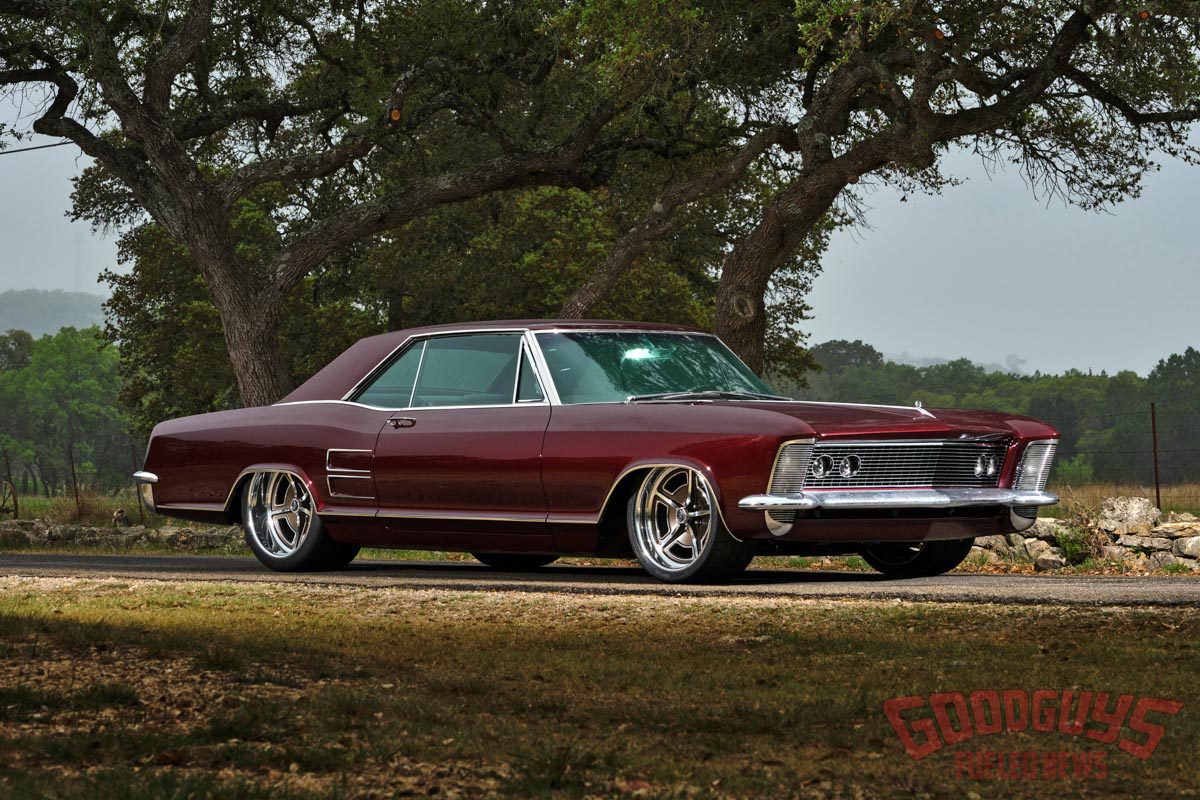 Congratulations to David Biegler for winning the Goodguys 2022 Vintage Air Custom Rod of the Year title with your 1964 Buick Riviera built by Cruzer’s Customs! We’ll see you and your vehicle in Scottsdale, Arizona November 18-20, 2022 at the 25th Speedway Motors Southwest Nationals!

David Biegler has had his fair share of cool street rods and restomods over the years, but one car had escaped him; a first-generation Buick Riviera. “I always loved Bill Mitchell’s vehicles,” David said of the GM Styling vice president during the ’60s and ’70s. “My son bought this ’64 Rivi about 15 years ago, then I bought it from him with the thought of making it into a custom restomod someday.” David enjoyed driving the Riv for a few years and it was his friends at Cruzer’s Customs who pressed for a complete makeover of the Buick. The plan all along was to leave the hallmark Mitchell design in place with only subtle updates, along with modern performance and underpinnings. With that agreement, the transformation began by placing a call to Roadster Shop for a Revo Chassis. Now that the Buick had a new foundation, a 550-horsepower LS engine was ordered from Don Hardy Race Cars. David agrees that nothing looks better under the hood of an early Riv than a Nailhead, so Cruzer’s made sure to dress the LS accordingly with a pair of EVOD Nailhead valve covers complemented with a dual quad intake to mimic the rare Super Wildcat option. A trick air cleaner draws cool air from the cowl to feed the Holley Dominator controlled throttle bodies. A Bowler 4L70E trans easily handles the extra power and provides a comfortable overdrive for those long Texas hauls. As planned, the timeless Buick lines were retained with gaps being evened and only the taillights being repositioned. The bumpers were smoothed and drawn closer to the body while a custom grille was whittled from a 900-pound chunk of aluminum. The body was also channeled over the chassis for a lower stance with a set of Buick-inspired EVOD 19- and 20-inch wheels capping the Baer 14-inch brakes. A BASF Glasurit Burgundy Velvet finish was laid down and worked to a fine shine by the Cruzer’s team. The interior is modern, yet absolutely Riviera. Avant Garde Design was tasked with refining the interior and seats to contemporary standards while embracing the original Buick luxury cues. Custom seats mimic the originals combined with door panels wrapped with Hydes Leather and classic wood trim. Vintage Air is tucked neatly away, and the gauges were updated by Classic Instruments with pulls and pedals from Billet Specialties. We think Bill Mitchell would certainly approve of David’s modern take on his classic Buick masterpiece.