Tim Hermes funded his first car like many budding hot rodders – he mowed lawns as a teenager to buy a ’68 Chevelle, a car that provided many lasting memories.

Flash forward to today and Tim is the proud owner of one of the most sought-after Chevelles, a 1970 LS6 SS. Fewer than 4,500 of the 450-horsepower 454c.i. big block Chevelles rolled off the assembly line during what turned out to be the peak of the high-compression, high-horsepower wars. After 1970, tighter emissions requirements and rising insurance rates bent the curve downward for muscle car performance. Tim knew about this particular LS6 Chevelle for 10 years before he was able to buy it. When the previous owner finally decided to part with the car, he ran it through an auction. The bidding didn’t pass the reserve, so the owner returned home and contacted Tim. The car was 75 percent finished, Tim says, and he began the process of completing the meticulous restoration. In addition to all the performance equipment, the numbers-matching Chevelle left the factory with a tilt steering column and power windows. The LS6 powerplant was a beast for its time: 11.25:1 compression, solid-lifter cam, aluminum heads, a 780-cfm Holley carb on an aluminum intake, four-bolt mains, forged steel crankshaft, forged aluminum pistons, and 500-foot pounds of torque. You get the picture. 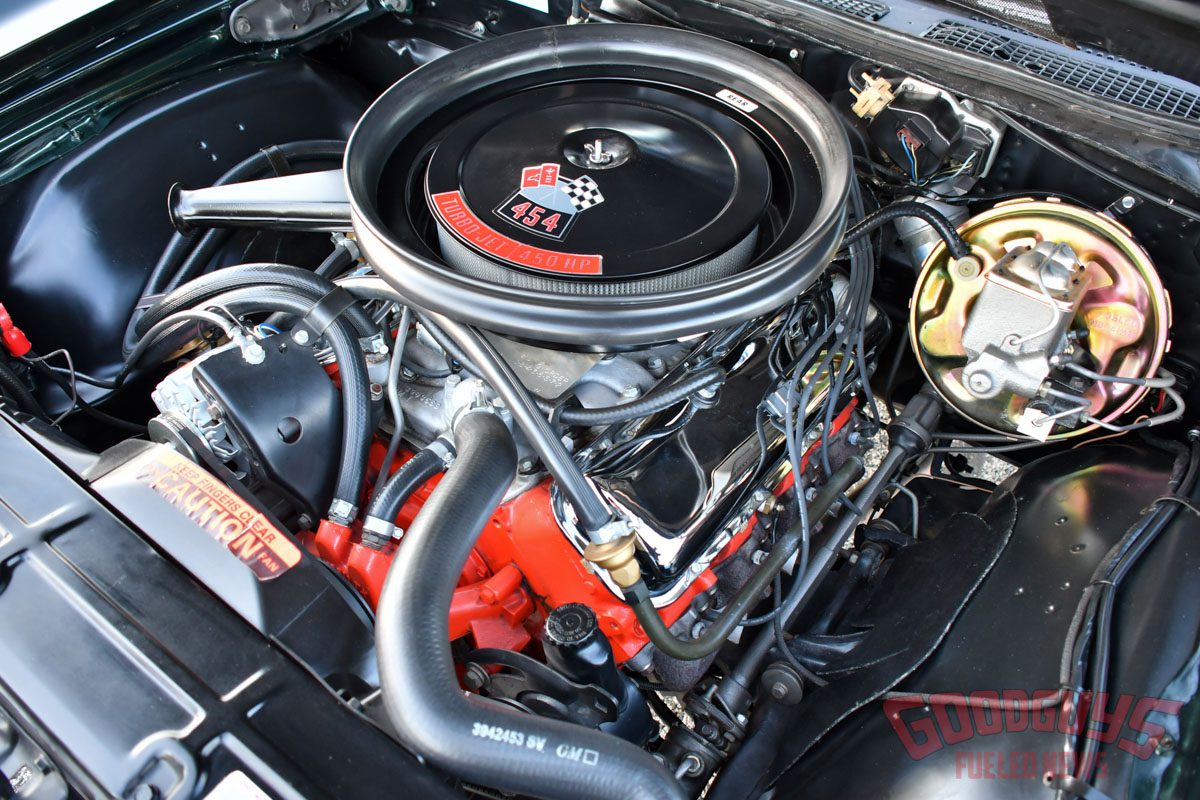 All of that power was transferred through a TH400 automatic transmission to a 12-bolt Positraction rear with 4.10 gears. The combination was good for low 13-second quarter-mile passes. The lighter green interior features a three-spoke steering wheel, bucket seats, center console, electric clock and AM radio. The 6,500-rpm tach is unique to the LS6-powered cars. One interesting note: The LS6 SS speedometer goes to only 120 miles per hour, while the 1970 Z28 Camaros featured 150-mph speedometers. Why the fascination with Chevelles for Tim? “I like the rarity of this LS6 Chevelle SS,” Tim says. “At car shows, previous Chevelle owners have a race or rebuild story. All remember the price the car was bought and sold for. And, ‘I should have kept it!’” Tim knows all about that Chevelle seller’s remorse, so we’re pretty sure he’ll be hanging onto this rare LS6 Chevelle for many years to come. 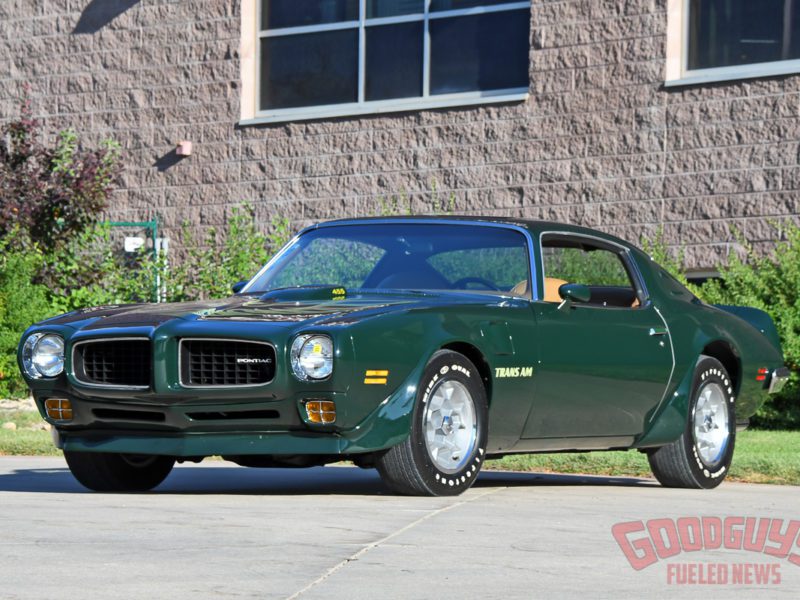