Although they have been in the scene for decades, hot rodding’s next generation are still connected to a youth movement that got going around the turn of the Millennium. The staff here at Goodguys has taken great pride in watching hot rodding’s youthful torch bearers bring new ideas and trends to the performance landscape. There are so many.

Two years prior to the clock striking 2000, our founder Gary Meadors met with representatives from the SRMA – a branch of SEMA focused on the hot rod aftermarket world. The SRMA (now known as HRIA) wanted an avenue to promote the bright young minds earning their stripes at rod shops nationwide. Gary obliged by signing on to sponsor the Trendsetter Award – an honor recognizing rising talents in the hot rod and custom car scene, which is presented annually during the SEMA Show.

The Trendsetter ball got rolling in 1998 with Chip Foose being the first recipient – an obvious choice. Foose had just left Hot Rods by Boyd to strike out on his own, eventually establishing Foose Design in Huntington Beach. His career arch is well known with countless national awards and honors being public record, not to mention his wildly popular “Overhaulin’” television series.

Just after 1999 Trendsetter recipient Troy Trepanier accepted the honor, he started construction on Glenn Grozich’s Chicayne – a car that was renowned for blending extreme performance with classic custom rod looks. Ridler awards, AMBR awards, Hall of Fame inductions, and a case full of Goodguys Top 12 awards followed in subsequent years. Not only that, Trepanier has an impressive resume of land speed racing achievements as a builder.

With the dawn of the new Millennium, Alan Johnson was selected as Trendsetter, followed the next year by Eric Peratt. The hits just kept on coming as the years clicked off the calendar. These “kids” were literally reshaping the look and feel of hot rodding while being careful and respectful in honoring the traditions laid down by rodding’s founding fathers.

The memories that come flooding back when thinking about former Trendsetters and where they were in their careers when selected are noteworthy and at times, humorous. Tim and Carrie Strange were “just married” kids when Tim got the nod in 2002. Dave Lane was making his bones as a “lone wolf” when Trendsetter honors came calling in ’03. Cotati Speed Shop’s Zane Cullen and his wife Stephanie didn’t have a mortgage at the time Zane walked on to the Trendsetter stage, just a small rent check for their shop space. Recipient Dean Livermore was barely known from a few appearances in Street Rodder Magazine by the time he accepted the award in 2005. The thrifty Livermore, a shrewd businessman since his third-grade paper route, eventually proved that his business acumen was as stout as his build talents, cementing himself as one of the core hot rod shops in the Phoenix metro area. It didn’t hurt that he had the late Dick Magoo as his mentor. Another young lion that stands out is Jesse Greening. He and his father Jeff won the Ridler Award in 2000 with a roadster for Paul Atkins when Jesse wasn’t yet 20 years old, but it was his very own red ’32 roadster that put him on our radar in 2006.

In 2007, things went Hollywood when a very young Troy Ladd blew everyone’s doors off with a Hemi-powered Deuce roadster replete with artillery wheels and a killer stance.

Up to 2007, most award recipients were trending for their prewar hot rods. That changed in 2008 when Canada’s J.F. Launier was chosen just after winning the Ridler Award with a crazy ’56 Chrysler phantom wagon. 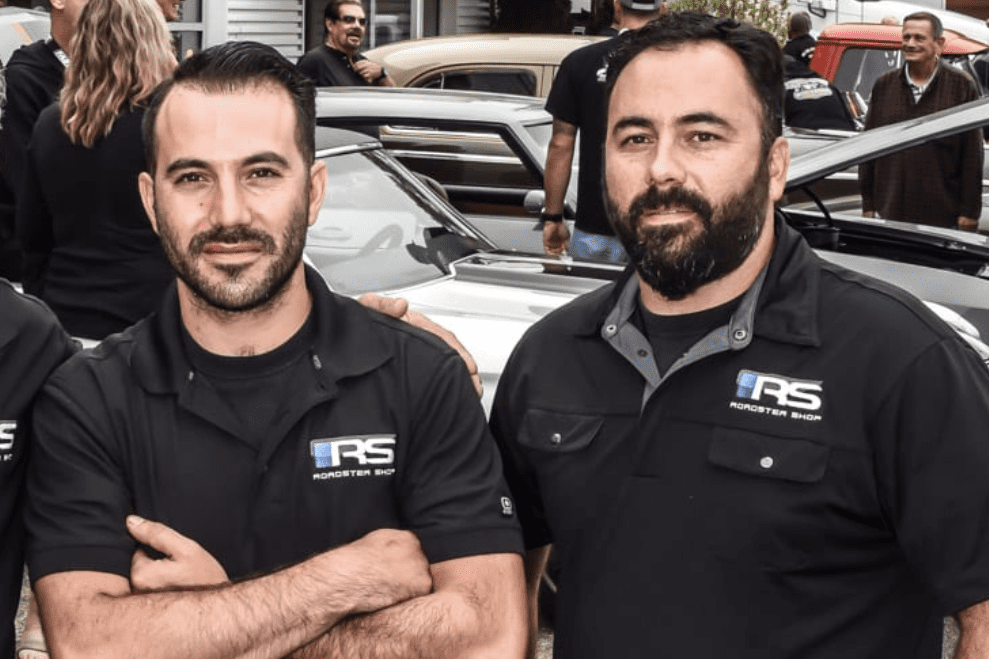 It was a bold statement signaling hot rodding’s shift towards big bodied beauties. Phil and Jeremy Gerber took center stage in 2009 when crowned Trendsetters for their string of insane G-machines. Young in years but long on talent, the Gerber brothers can be credited for helping to shift street machines and pro-touring cars into high gear. They have been setting new trends ever since. Look no further than their race cars and off-road machines for proof they have always thought outside the box.

In 2010, we had some legit laughs when deliberating on the Ringbrothers as Trendsetters. “Are they too old?” we pontificated. By that time, the Rings were well established in the pro-touring scene and proved that Trendsetters could have salt-and-pepper hair. Pennsylvanian Curt Ukaisik received the 2011 award.

One Trendsetter who really stands out is Dave Kindig – the 2012 inductee. Long before the cameras of “Bitchin’ Rides” got rolling, Kindig was a quiet, unassuming kid known for custom VWs and flat-brim hats in Salt Lake City. I vividly remember interviewing him on an awards stage – the first time I really got an up-close look at that long goatee flapping in the wind. We had a good laugh about it many years later. As you know, Kindig now enjoys worldwide fame.

Another dynamic duo was honored in 2013 as 20-somethings Jonathan Goolsby and partner (at the time) Josh Henning stole the spotlight. They were followed by another wunderkind Andy Leach, who had just bagged the Rider award with a masterful ’40 Ford he built for Ron Cizek.

One of my personal favorites was the unassuming yet brilliantly talented Troy Gudgel, who won the award in 2015. Troy’s BBT Fabrication was a small shop in Illinois full of kids pounding and forming tin sculptures. Their work is now widely known but at the time their ’69 Firebird was their calling card as far as industry wide recognition. Seeing Troy’s wife Sonja and his mother and father join him on stage was a special moment in the award’s history. Their pride in Troy was radiant. The past five years have seen more than just builders receive the award. In 2016, artist and designer Eric Brockmeyer earned the honor. When we looked at his body of work and how many cutting-edge cars he conceived which actually made it to the build process, his influence simply couldn’t be denied. He was the first-ever non builder to receive the honor.

Detroit Speed’s founder Kyle Tucker received the honor in 2017 after decades of influence, parts development, and car building. He and Mark Stielow can be credited with initiating the g-machine pro-touring movement.

Talbert Goldman of Mississippi was another young lion who grew up sanding hot rods in his father Mike’s shop. He was an obvious choice in 2018. The last recipient of the Goodguys Trendsetter was Creative Rod & Kustom’s Mark Giambalvo in 2019. Mark’s drive and determination to create the hottest rods and trucks to come out of the Keystone State needed to be recognized. With Covid wiping out the 2020 hot rod landscape, there was no award in a year that we all hope to forget.

Looking at the body of work of these young men, you can clearly see how hot rodding is in good hands. Talented hands. These guys have vision, experience, and even though many are still in their 30s, they’ve paid their dues. Goodguys will forever be linked to their journey.

I asked someone about this list of winners recently – someone outside of the Goodguys family to get another perspective. Their response was noteworthy. “When you stop to think of the impact these guys have had on our industry and the cars they’ve turned out over the years, it’s simply awe-inspiring. Through their vision and craftsmanship, they have shaped the future of our industry.”