Almost all of us had childhood dream cars or trucks we wanted to own someday. For Tom Patterson, it was his grandfather’s ’59 Chevy pickup. Tom’s recently finished 1959 Chevy Apache, though, is certainly not his grandfather’s; it’s much nicer than any truck on the road back in the day. 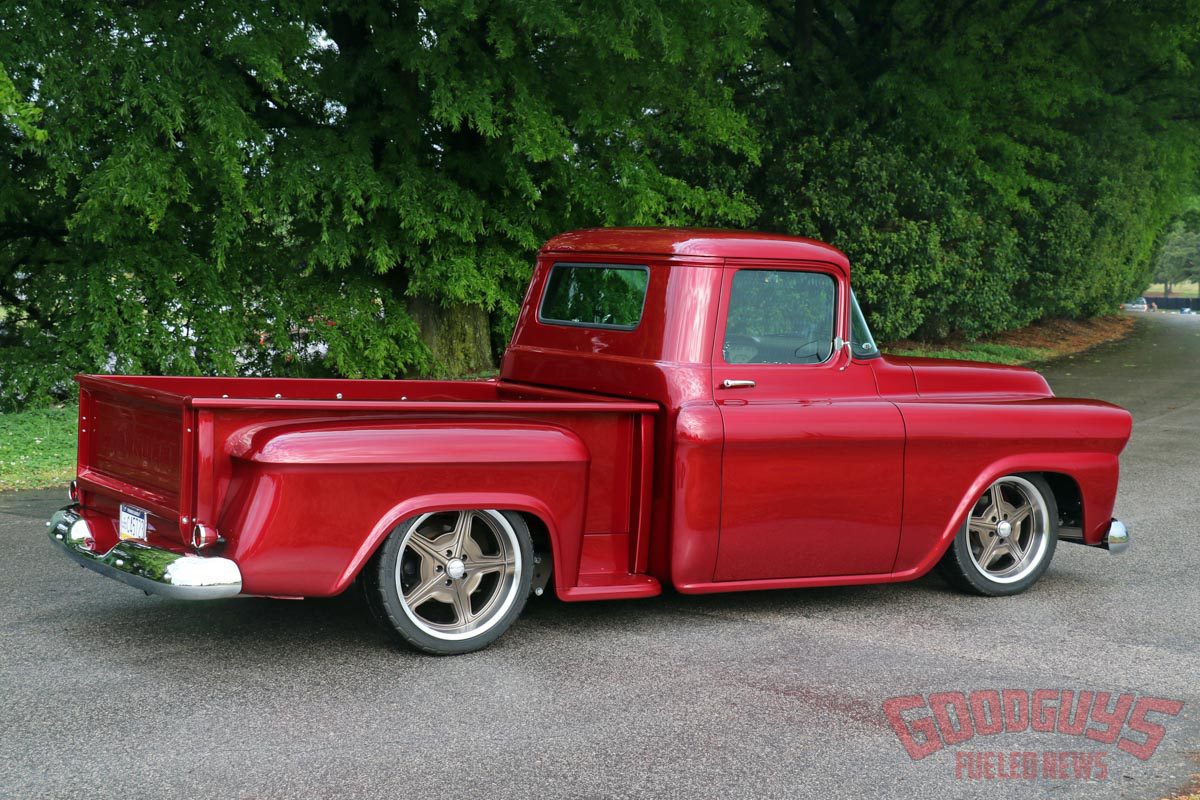 “This ’59 Chevy truck tale goes way back to my early years,” Tom says. “My grandfather owned a ’59 Chevy that I took a lot of rides in. That certain year Chevy would always bring back great memories for me whenever he saw one.”

Finally, three years ago Tom found his ’59 in Maryland. “I was walking around the show when I came to the car corral,” Tom says. “There sitting in front of me was the pickup. Not just any Chevy truck, but a ’59.”

As quickly as you can say “Hey, my grandfather had one like that,” the deal was done and Tom called Mike and Brad Swaney at Hayman’s Creations in Uniontown to pick up the truck. Once in the shop, it was clear that the truck needed major work. “The doors were zip-screwed shut and the cab and bed were pretty much rotted out,” Tom says. 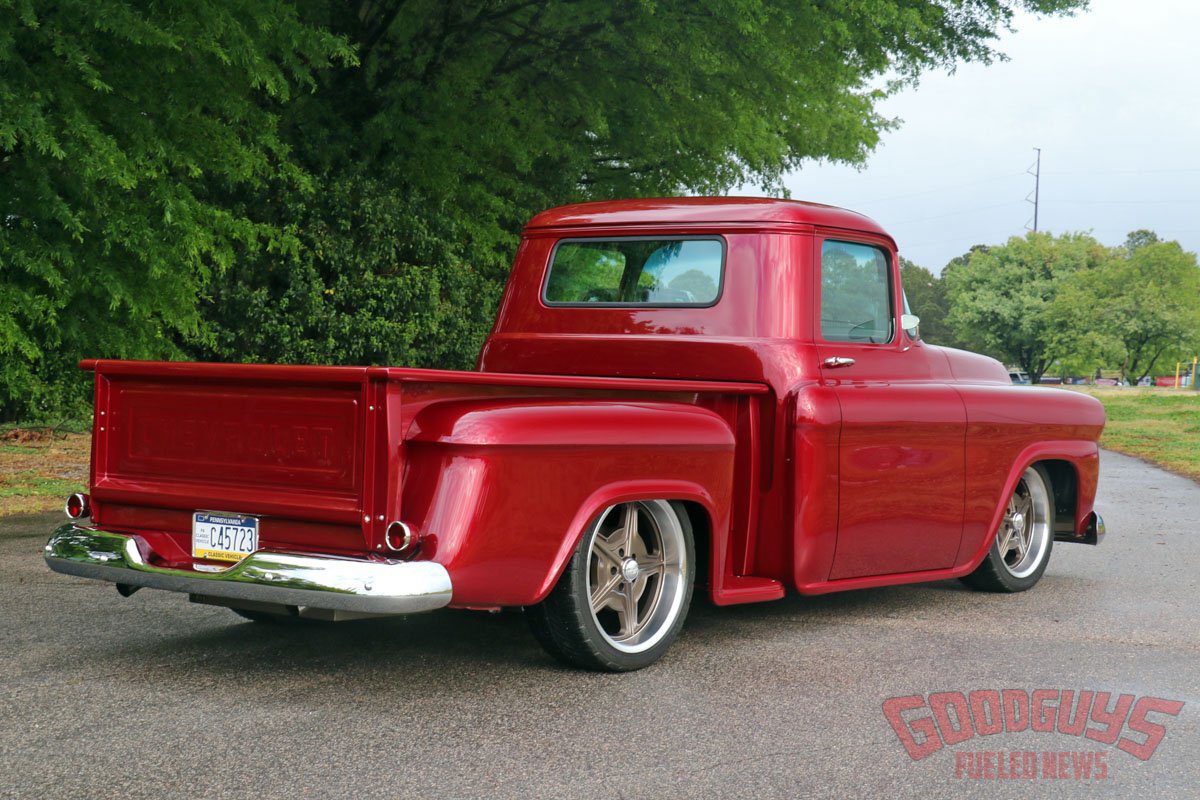 In addition to the obvious restoration challenges, the Swaneys worked their magic modifying the pickup. Most trim pieces were removed; the bed steps were lowered to line up with the cab rockers, bumpers were tweaked. Under the hood, custom touches abound, like a hand-built firewall, custom radiator support, custom inner fender panels, engine cover and air intake. The smooth body is covered in Axalta Matador Red. The truck rides on a TCI Engineering frame with power rack and pinion steering and a Currie 9-inch rearend running 3.55:1 gears and supported by a four-link system. Billet Specialties wheels (18×8 in front, 20×8.5 in the rear) are encased in BFGoodrich tires (235/45 in front, 245/40 in the rear). 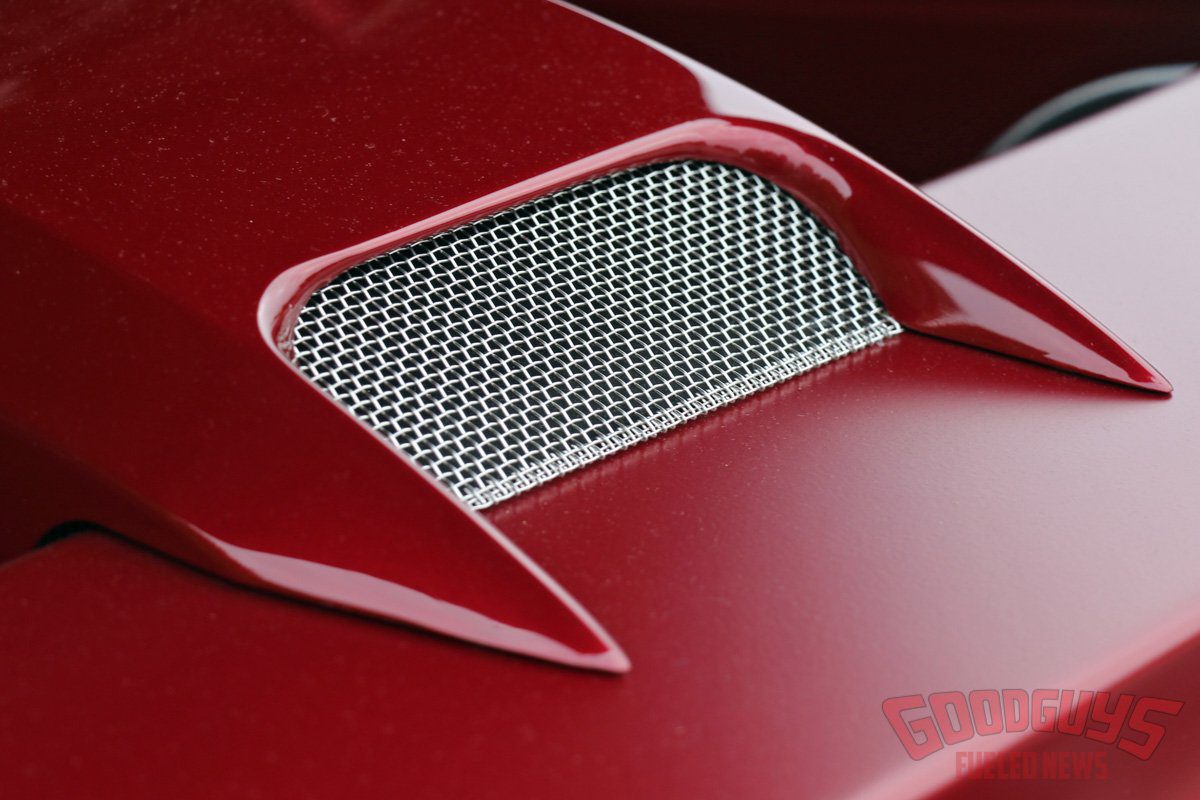 The end result is everything Tom wanted. “Building the truck has been a fantasy come true and my wife Lou Ann and I have fun with it,” Tom says. “I never had something that has that much power and drives so smooth.”