The Y-Block Guy – Inside the Machine Shop of Tim Mcmaster His home base of Hanford, California is a railroad town, and many of the packinghouses and industries that sprang up during the turn of the century still stand today and are still in use. One such building, built in the 1920s is where our story begins. Hanford Auto Supply and Machine wasn’t officially a machine shop until the early 1970s under the previous owner. In the early 80s, a young McMaster came to work for the gruff curmudgeon who owned the place. Little did he know decades later he would end up owning it. Take one step into Hanford Auto Supply and Machine, and it looks as if time has stood still. It’s a refreshing change from the slick corporate-owned stores where the first question they ask is “Does it have air-conditioning?” The machine shop (McMaster’s real focus) is where he spends a majority of his time. Decades of collecting engine blocks, pistons, cranks, intakes, you name it are all stored on industrial shelves. A majority of the machines are well over 40-years-old and still function with precision. McMaster is not only a skilled machinist who focuses on vintage engines; he’s also a hot rodder. He races a front engine dragster that he takes to both Eagle Field and Auto Club Famoso Raceway, (Y-Block powered of course) which he keeps at the shop. Next to the dragster sits his Y-Block powered 1962 Ford F-100, which currently is a dedicated land speed race vehicle. He bought the truck for $300 out of a tomato field in 2010. The old tomato picker truck has hit 147+ mph on the Bonneville Salt Flats. On the opposite side of machine shop sits his other hot rods, a ’30 Ford coupe, and ’27 T-Roadster… all Ford Flathead powered. 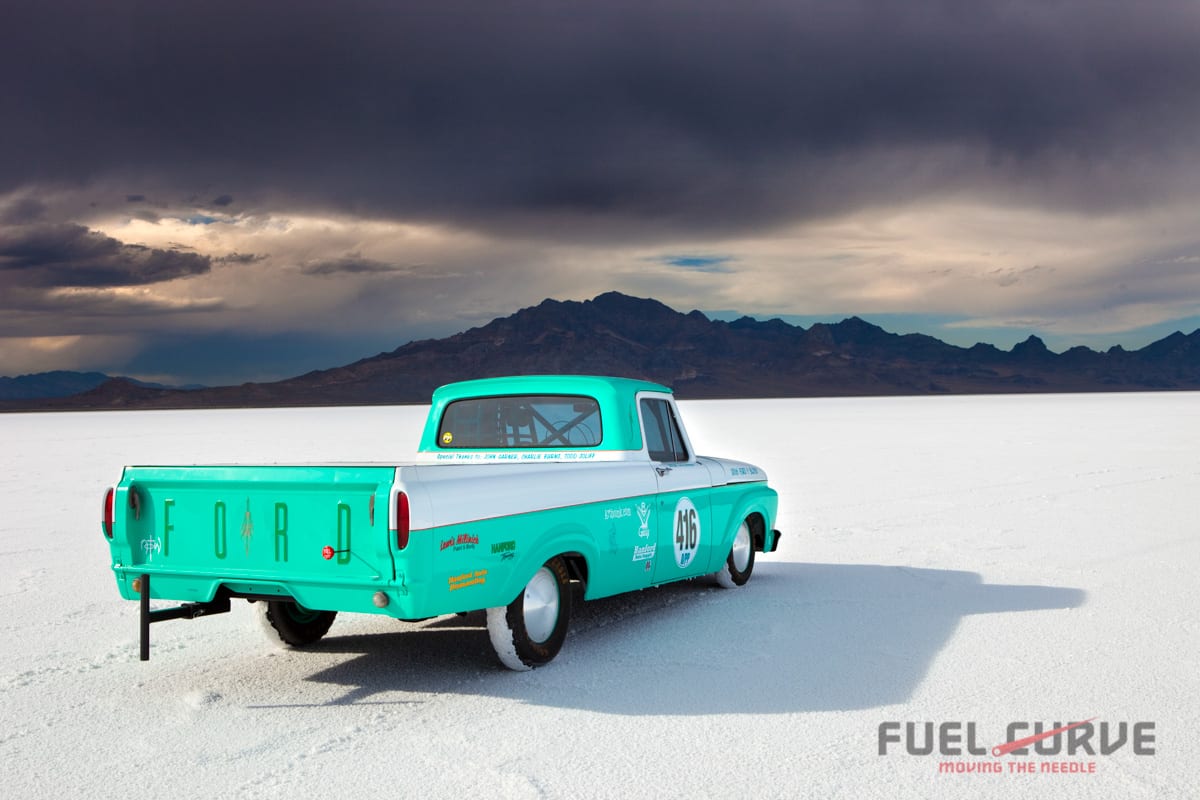 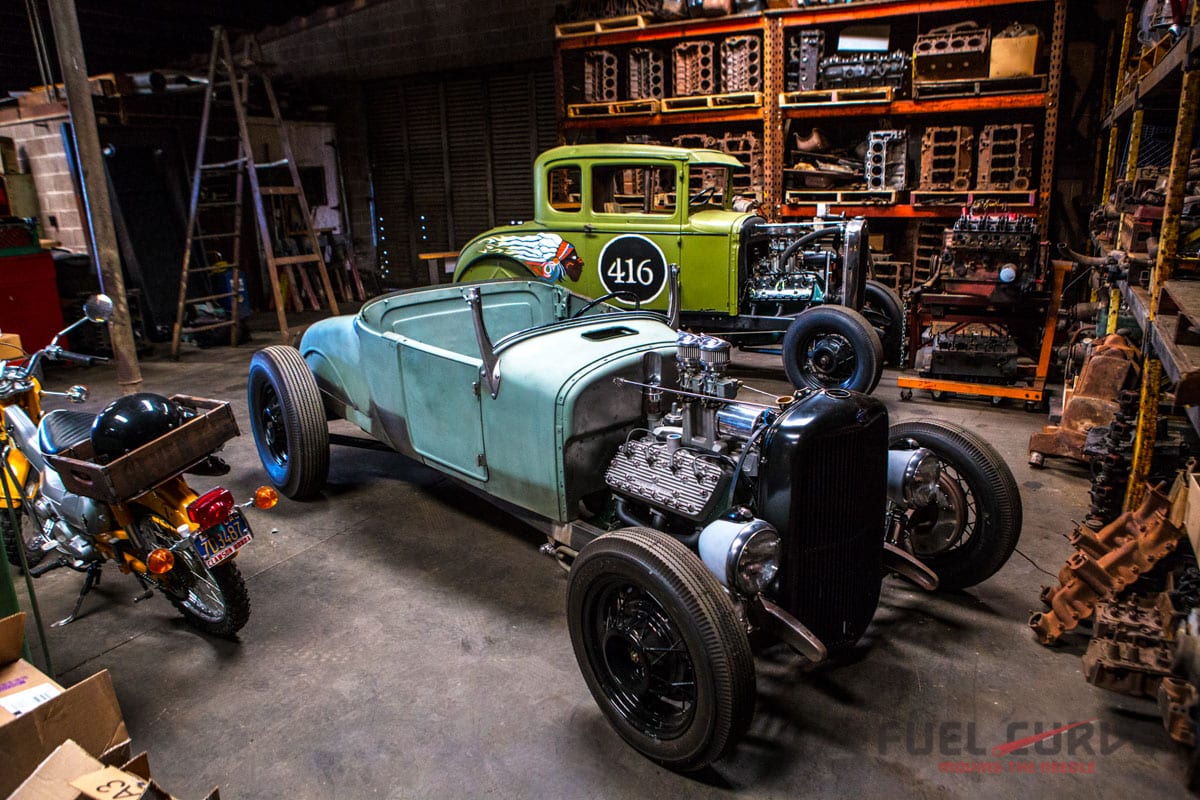 Tim McMaster is a dyed in the wool Ford man, though on occasion he has been known to build GM racing engines for fellow Bonneville hot rodders. McMaster tells us: “I always thought Y-Blocks were kind of interesting, the redheaded stepchild of Ford V-8s. There’s an amazing amount of people out there that don’t know what a Y-Block is, and the ones that do know, kind of bad mouth them about the myths they’ve heard about oiling issues and maintenance. When it comes to vintage engines, I really like them, Flatheads, Y-Blocks, FE Motors etc. I’ve built Cadillac’s, Oldsmobile’s, Pontiac’s, and a lot of flathead Dodge’s as well. There’s a lot of those inline six’s out there, most of them are used in agriculture around here. There aren’t that many people out there building Y-Blocks, there’s a handful of guys in the country building Y-Blocks, and I am happy to be one of them.” McMaster has built many Y-Block engines for hot rodders all over the USA, and even abroad. He prides himself on his dedication and attention to detail on vintage Ford engines. Should you happen to be passing through, stop by, his place is a blast from the past. Even better he can build your vintage mill for your next hot rod project!