As a freshman in high school, Lee Badger bought a 1974 Javelin for $500 and immediately started hopping it up. It didn’t take long for the stock 304c.i. V8 to be yanked out in favor of a 401 with a cam, intake and big Holley carb. Headers were added, of course, as well as some different wheels and eventually a cheap paint job. It was high school, after all, where else was a young hot rodder going to spend his money? That plan was perfect for four years when college tuition came calling. The AMC had served as Lee’s savings account, though with no interest return whatsoever. The Javelin was sold off in the name of higher education, but Lee swore he’d buy it back if he ever found it again. Jump ahead over three decades and he finally tracked down his Javelin. It was sitting behind a house not too far from where he sold it but was thoroughly thrashed and beat. It was too far gone, but it was his high school car, so he bought it for the same price he paid originally. The only parts that were really salvageable were one door, the deck lid and a handful of interior pieces. To build a nice driver, he located another parts car then took both cars to his friends Russ and Darrel at River City Speed & Kustom in Post Falls, Idaho. Lee wanted the 1974 Javelin to be a nice cruiser that could handle and run on the open Idaho roads. Russ and Darrel had bigger plans and with a concept illustration from artist Jeff Allison, the team went to work. As for the body, nothing was left untouched – each panel was either significantly massaged or hand built. The entire nose of the car was cut back about 6-inches right from the get-go and those mandated 5mph bumpers were just tossed aside in favor of a hand-crafted spoiler and rear airfoil. Even the flush-mounted door handles were shaved. The hood was formed from the skin of a ’60 Cadillac hood and stretches from the custom grille to the windshield. The lower rockers were reworked to match the front and rear body line and a unique pair of vents was molded to the quarters just in front of the rear wheels. Javelin fans will recognize that the taillights look stock (from a size and location perspective), but the rest is all River City built. 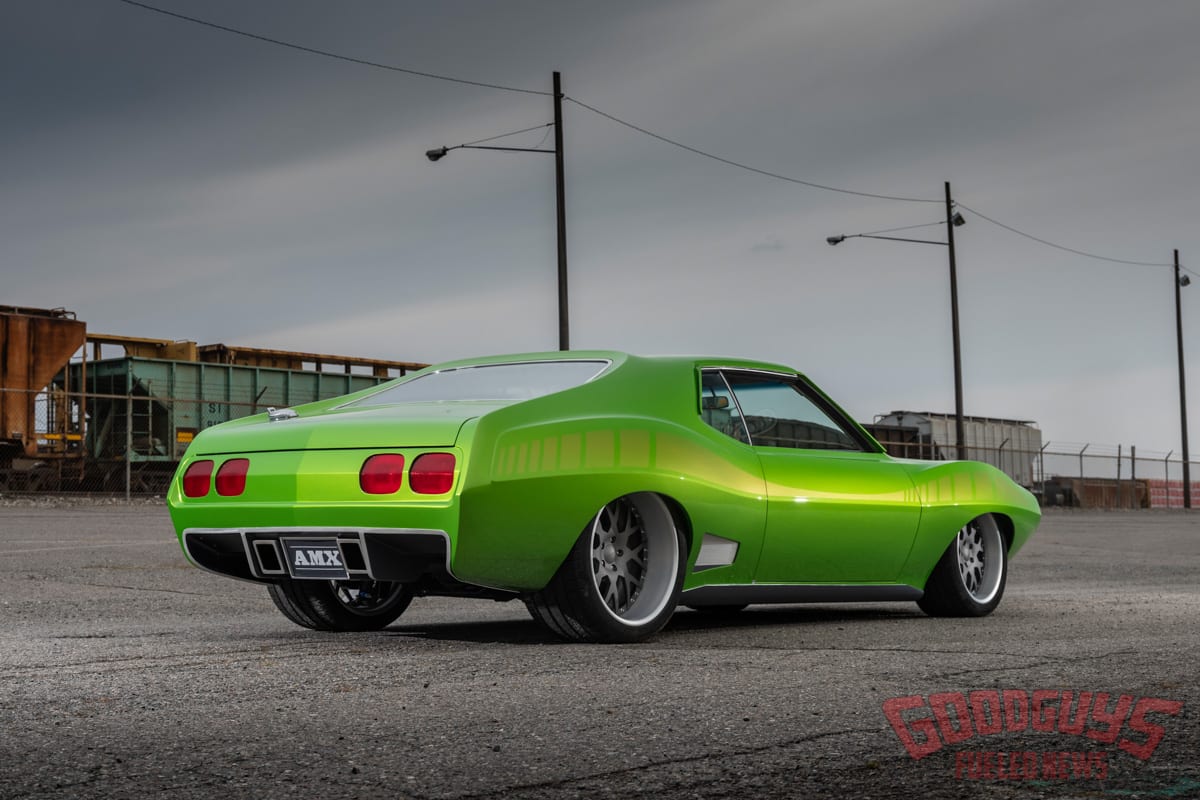 The early-’70s were ripe years for the factories to experiment with wild color combinations, and though Mopar brands might be best known for bold hues, AMC had a few of its own. The custom green mix on Lee’s 1974 Javelin is not a factory color, but the electric hue absolutely looks right at home on this AMC, especially with the subtle bronze pearl classic stripe that waves from front to rear. With no bumpers to add a touch of chrome, River City formed aluminum brightwork around the windows that was brushed to a shine. American Motors fans will likely cringe a little to see a 6.2-liter LS engine under the hood, but considering the smooth performance, huge weight savings and compact package, even the stodgiest AMC fans tend to understand the decision (especially when they notice a third pedal and six gears to row through). The engine compartment is an exercise in cleanliness with remote-mounted coils, custom valve covers, a custom air intake, and crazy-nice metal work covering the radiator and fender wells. The interior follows this same theme with two hues of gray leather stitched together by River City Kustom Threads. The dash, while completely custom, has a distinct Javelin flavor and is filled with Classic Instruments gauges and a Vintage Air system. The unique shifter is elevated slightly over the console, creating a race-ready feel which comes to life as the power is transferred to the 18- and 20-inch Schott wheels. A 9-inch axle housing and four-link suspension are part of the Art Morrison Enterprises chassis that adds incredible strength over the factory unibody design. It may have taken a little over three decades (and a bit more cash than he had as a teen), but Lee now has his high school sweetheart back in his life – and it’s better than he ever could have guessed or imagined. 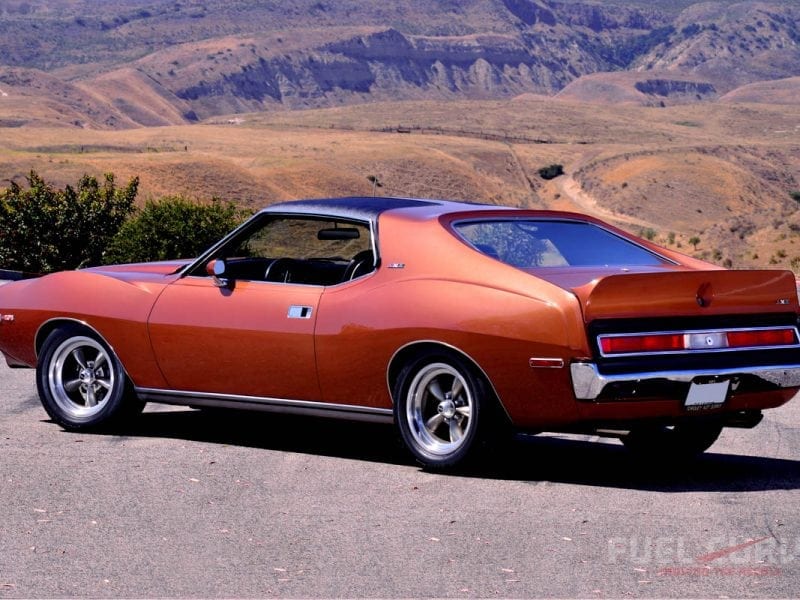