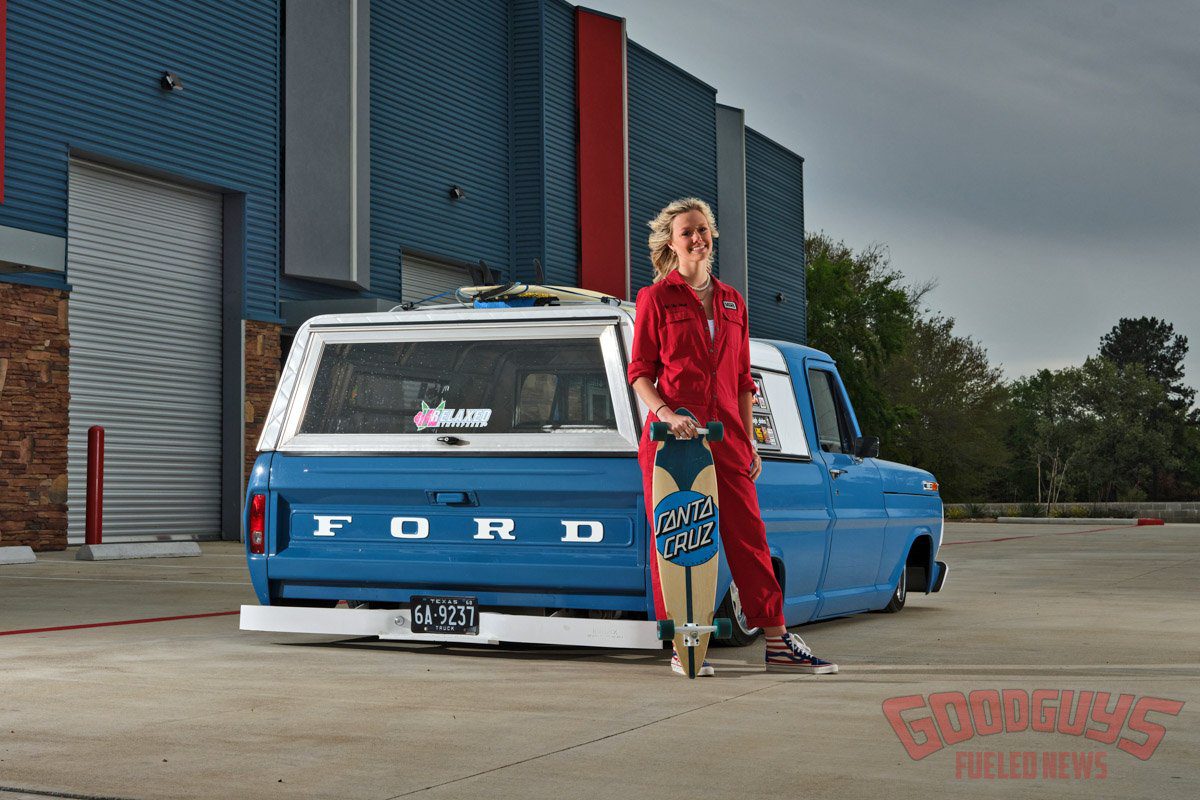 “My love for car shows and cars and trucks comes from riding around in my grandpa and grandma’s show cars as a young child,” says 19-year-old Karleigh Campbell. Those experiences growing up, along with fond memories of her father’s custom F100, resulted in Karleigh cruising this slammed ’68 F100 the past few years. The pickup was a one-owner vehicle that had been donated to a church before Karleigh’s dad, Stacy, acquired it. Stacy and his wife Jackie own Sketchy’s Speed Shop in Magnolia, Texas, so there was little doubt the truck would soon get some custom treatment. Dropping the truck over big-inch wheels was a primary goal, so the Sketchy’s Speed Shop crew teamed up with Harvey’s Hack Shack to modify the truck’s frame with a Fatman Mustang II-style IFS and a two-link rear suspension with a track locator. Air springs were used front and rear, along with an AccuAir ride management system. Wilwood front disc brakes were employed in conjunction with rear drums before the Raceline 20- and 22-inch wheels were bolted up. The stock 240c.i. inline six was left in place but updated with a Holley EFI system for better starting and drivability. A Flowmaster muffler offers a little more rumble, while an AOD overdrive automatic makes the truck friendlier for modern freeway travel. The F100 body was left stock on the outside, with the most significant modifications involving raised and modified inner front fenders, raised rear wheel tubs, and a custom cover for the rear frame notch. The Harbor Blue and Summit White paint was laid down by Bonez and wet sanded and buffed by Mitch Henderson Design. Inside, a Snowden bench seat upholstered in distressed brown leather made for more comfortable cruising, while the dash was restored and upgraded with parts from LMC Truck and TMI. The Ididit tilt column was topped with an old-school wood-rimmed three-spoke steering wheel. 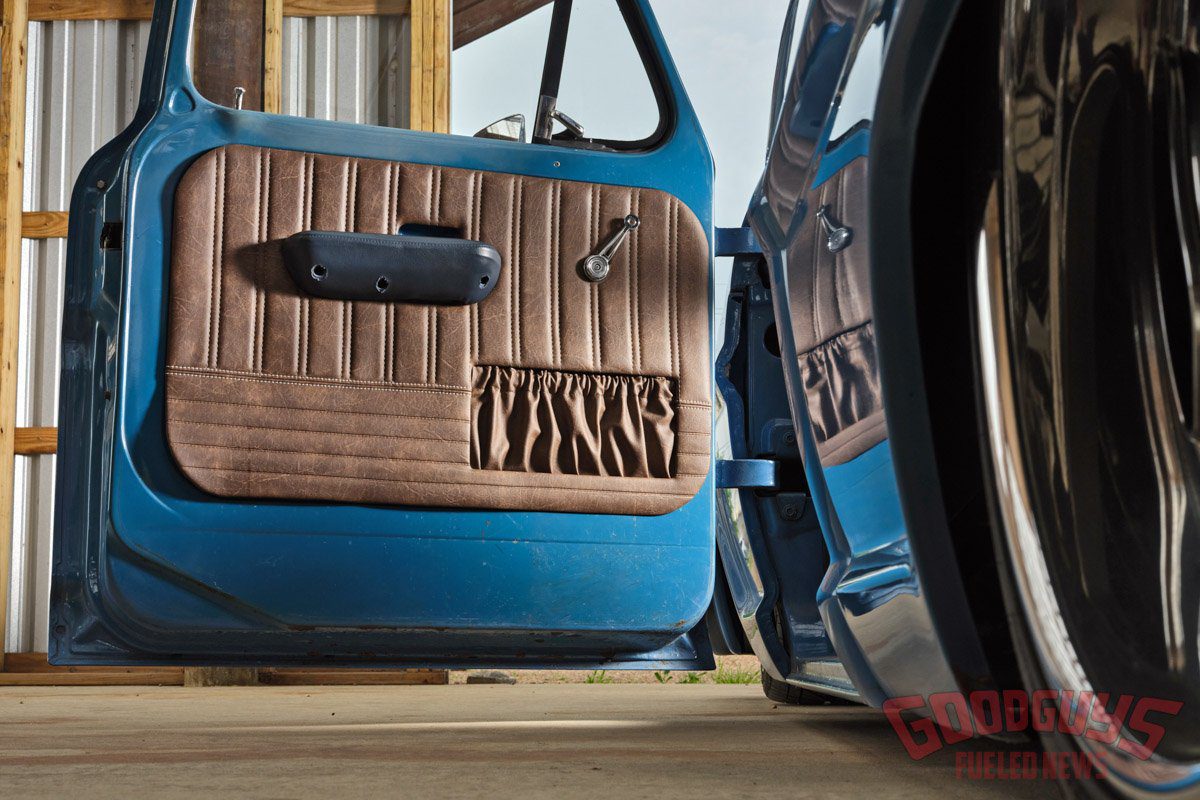 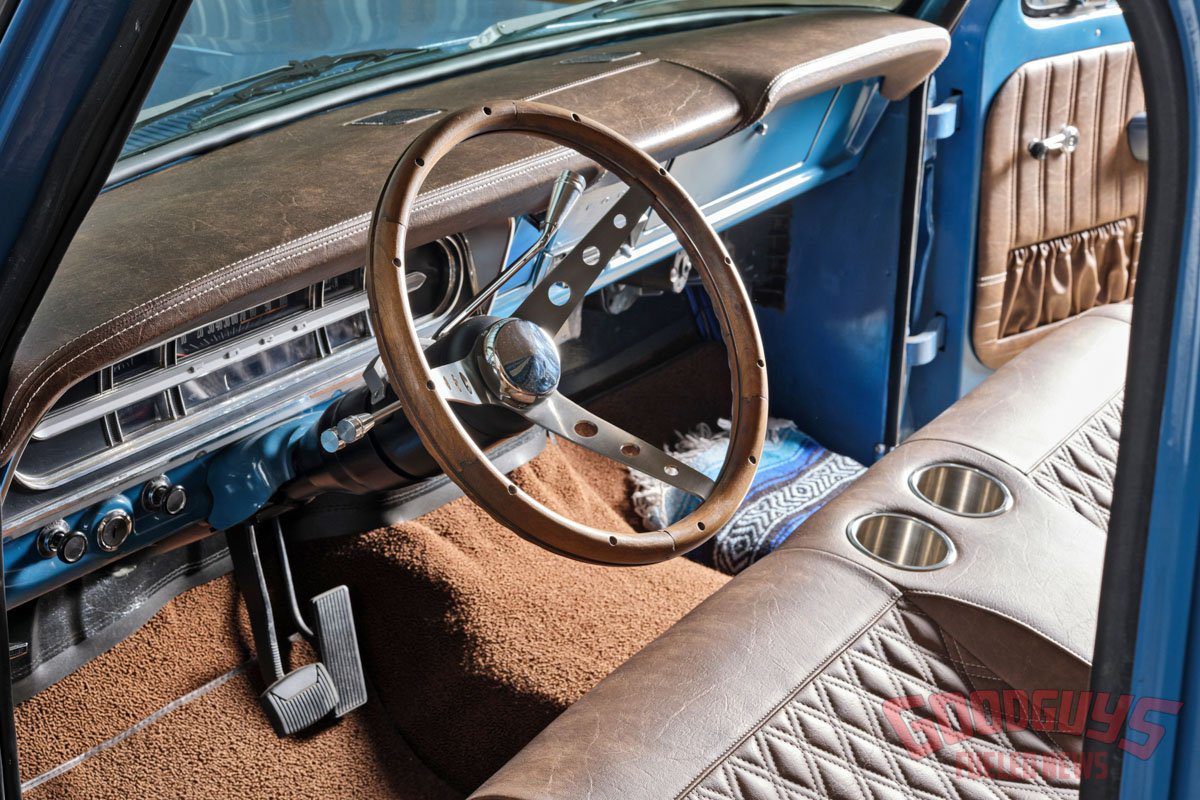 The truck was completed just in time for the Goodguys 2018 Lone Star Nationals, where Karleigh won the Goolsby YoungGuys award. There have been a handful of updates and lots of fun times since then, and Karleigh is looking forward to the road ahead. “It’s been a blast and I can’t wait for more fun to come,” she says. 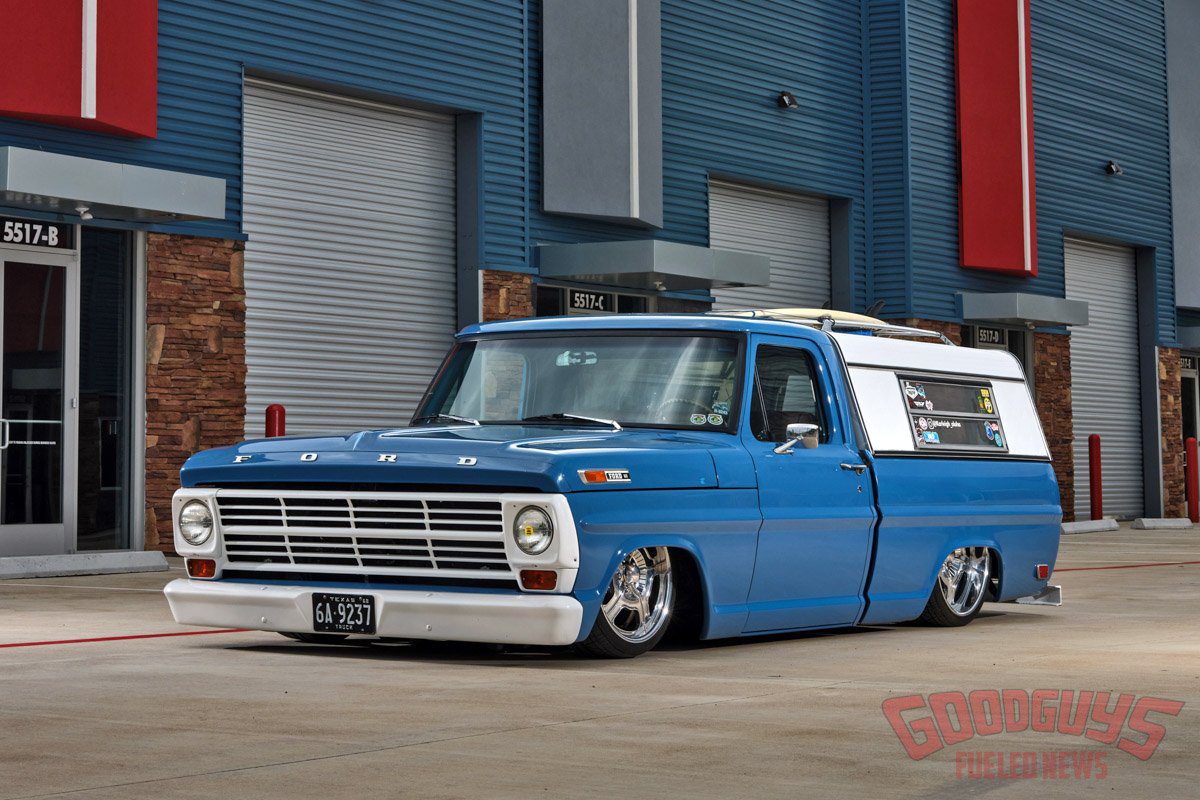