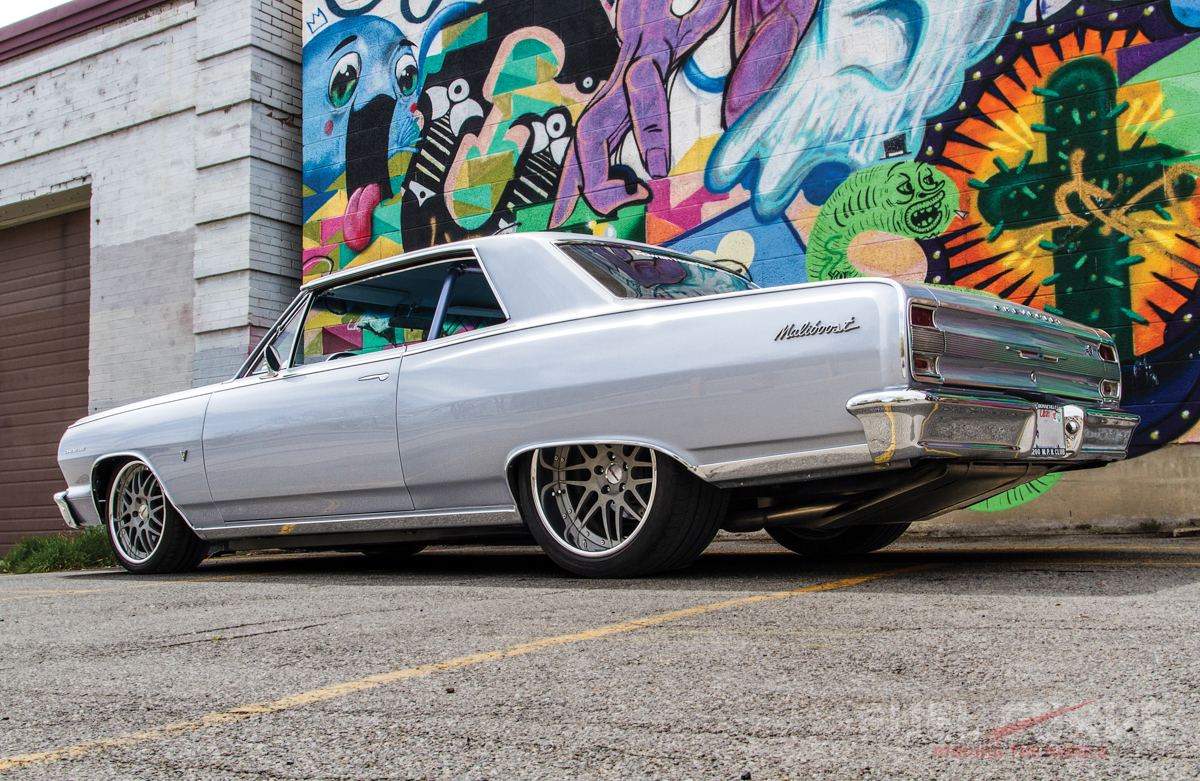 When it comes to classic cars, the Chevrolet Malibu is an obvious staple. Marketed as the “top-of-the-line” Chevelle model back in the day, they became an instant hit with families and businessmen alike. Now 51 years after its debut, the Malibu is still an icon in the industry. After all, with looks this good, who could blame anyone for wanting one of their own?

This particular Malibu, a 1964 SS hardtop, is owned by Jorgen Moller, CEO of RaceDeck Garage Floors, and while its classic good looks and iconic status make it a likely candidate for the car show circuit, this classic muscle machine has a whole lot more to offer than what’s immediately apparent.

Originally built by Roadster Shop to be more of a driver for the previous owner, it was then completely updated by Kindig-It Design giving the car its show-quality finishing touches. The Malibu dubbed “Maliboost” is equipped with some of the best performance components the auto industry has to offer. Being an original Roadster Shop build, the Malibu features a custom Roadster Shop FastTrack pro-touring chassis fitted with power rack and pinion steering, a custom independent front suspension system, Strange Engineering differential, and a triangulated 4-link rear sus­pension setup with adjustable Penske Racing shocks on all four cor­ners. Planting the car to the pavement are l8x9-inch (front) and 20×12-inch (rear) Forgeline DE3P 3-piece forged alloy wheels finished with matte centers and polished lips, wrapped in 225/35/18 and 305/30/20 sticky Michelin tires respectively. Braking power for the beast comes in the form of 14-inch Wilwood rotors and 6-piston calipers all the way around.

With so many performance upgrades done to the undercarriage, the next place for upgrades was under the hood and the Malibu cer­tainly doesn’t disappoint in this area. Planted between the front frame rails is an incredibly powerful 6.2L LS3 V8 built by Speed Inc. Twin turbochargers from Precision Turbos, a VaporWorx fuel system, cus­tom built and coated headers, and a custom Roadster Shop 3-inch dual exhaust system with Borla mufflers are piped through the custom chassis before it dumps under the car just shy of the rear axle. To top it off, the engine was tuned by none other than GM Performance specialist Mark McPhail, giving the Chevy upwards of 1140 horsepower at full boost. Now that’s one potent classic Chevy! Backing the potent engine is a Finishline “Level 7” 4L70 automatic transmission tied to a custom 4-inch driveshaft to boot, while custom cold-air boxes craft­ed by Kindig-It Design bring in fresh air from the headlight area. Custom Lava heat shields under the hood keep the engine running cool and are fully ventilated. These additions also make for on even more impressive display with the car opened up at shows.

With such an impressive undercarriage and engine setup, one might think that the car would have a ton of modifications done to its exterior as well, but that’s just not the case. However, while the car maintains much of its factory appeal, there are just enough custom details and finite tuning done to bring the car into a class of its own. 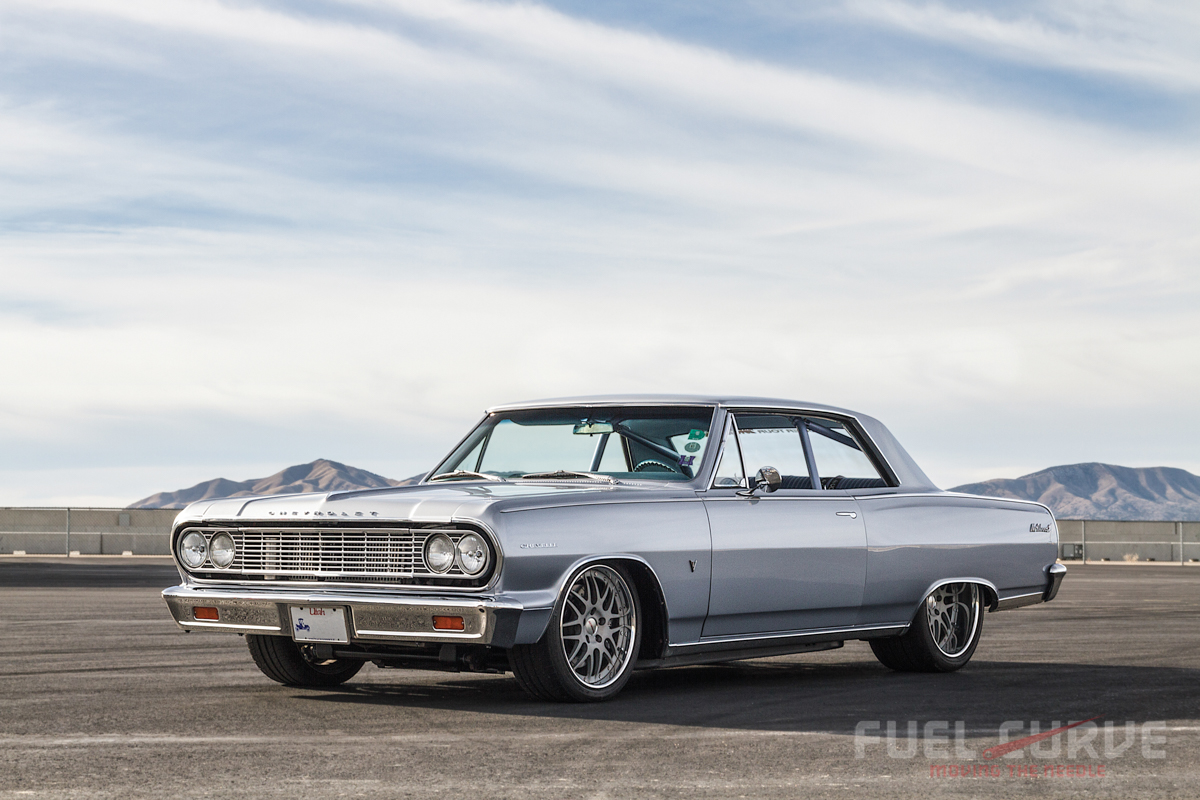 Wanting to keep the Malibu as more of a “sleeper” despite its modern performance handling capabilities and incredible power, the majority of the car’s fac­tory body lines were maintained. Subtle upgrades like widened rear quarters and mini-tubbed wheel wells to fit the car’s massive wheel and tire combination are featured within the fender wells. Giving the car a sleeker look, all of the hardware was shaved off of the bumpers before they were re-chromed – a subtle enough modification that only the truly observant would notice. Additionally, new brightwork from Ogden Chrome, flush-mounted smooth Kindig­-It door handles and custom “Maliboost” emblems were incorporated into the aesthetics of the classic beauty. Topping the car off is an exquisite custom PPG Silver blend from Kindig-It Design, which changed up the color scheme from the original build making it unique to Moller.

Inside, the custom details continue with features like pocketed and bolstered seats wrapped in Scottish leather dyed violet for contrast by J&S Interior. The car is also equipped with a custom center console with a one-off CNC center tray crafted by Kindig-It, which matches the car’s original dash aesthetics. Other appointments include a custom leather-wrapped dash pod, Autometer gauges, and a Billet Specialties split-spoke steering wheel. Even the car’s roll cage, a must with that much power and a desire to drive, is painted to match the violet color of the car’s leather upholstery. 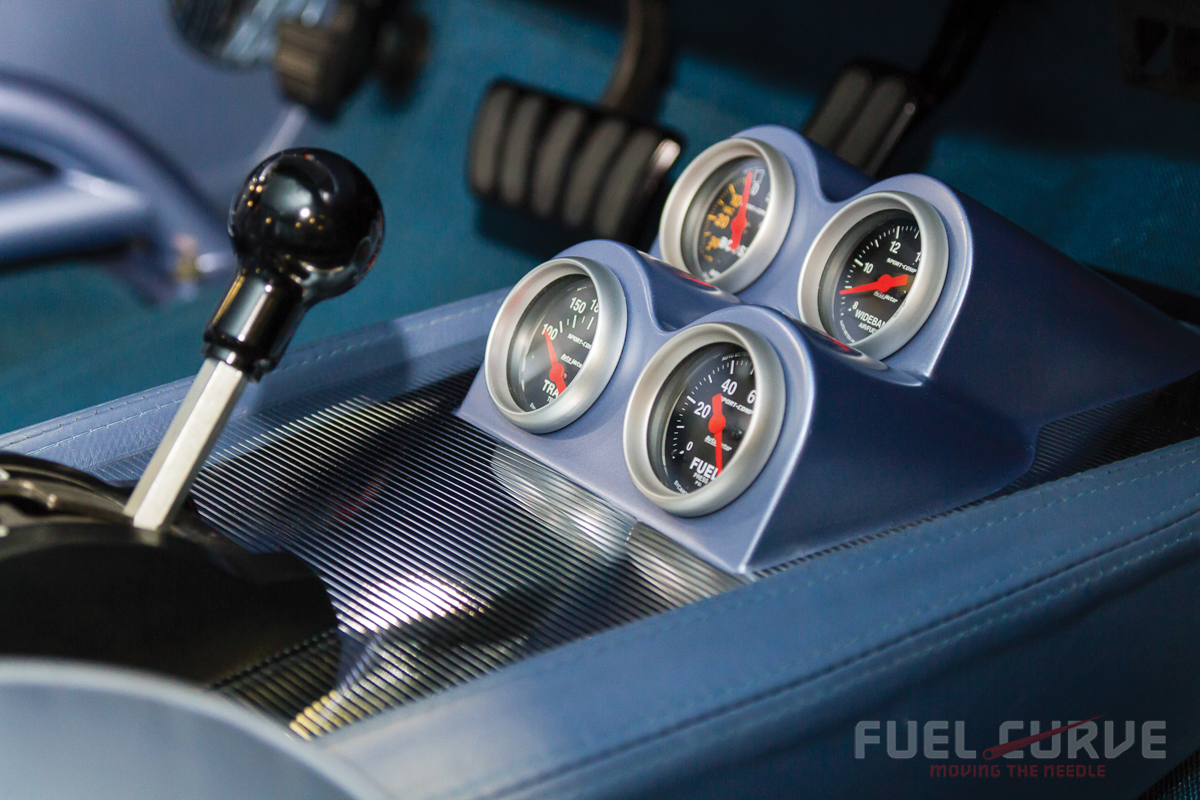 m as good as this one, making it on obvious standout for the Colorado Nationals Goodguys Gazette Pick. You may have seen the car on Velocity’s “Bitchin’ Rides” featuring Dave Kindig, or even scroll through the pages of photos on the car’s Facebook page, but there’s nothing quite like being able to experience it in person.