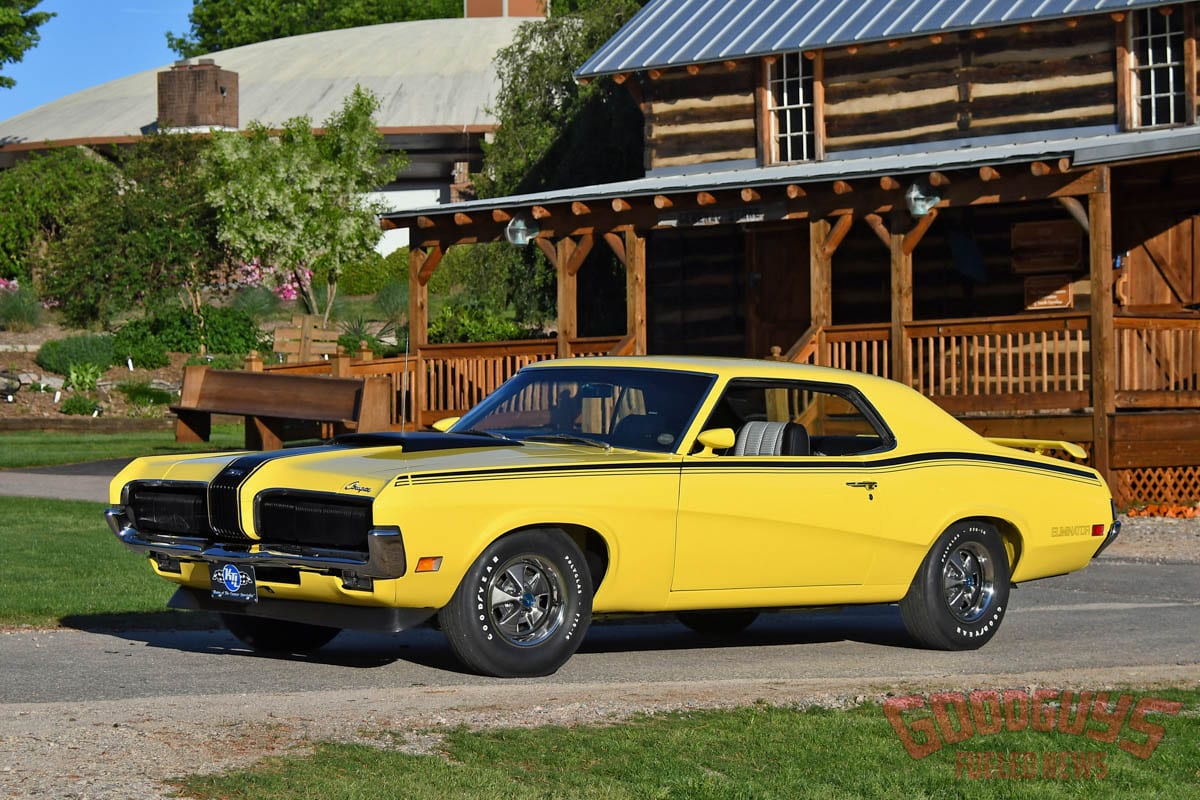 Goodguys 2019 Muscle Car of the Year

Congratulations to Charles Donaldson for winning the Goodguys 2019 Muscle Car of the Year title with his 1970 Mercury Cougar Eliminator! We’ll see you in Scottsdale November 15-17, 2019!

In the early 1990s this rare 1970 Mercury Cougar Eliminator was owned by Cliff Ernst, a muscle car collector from Tennessee. The car received notoriety in a couple now-defunct magazines where it also earned its name, Lethal Cat. Eventually the Mercury landed in the caring hands of Charles Donaldson who was excited to have the Cobra-Jet-powered Eliminator in his collection. One day back in 2014, Charles went to his garage to fire up the 428 only to experience a severe backfire which quickly spread under the hood. The car was still in his garage and the fire ended up causing extensive damage to the front end and the car’s rare houndstooth interior, not to mention his garage. If it weren’t for the quick actions of Charles and the local fire department, things could have turned out much worse. Charles learned about several high-level Cougar builds that Kurtis Lawrance of KTL Restorations had done, so he hauled his damaged Eliminator from Dallas to Virginia to see if the Lethal Cat could be saved. Kurtis knew it could be saved, and he wanted it to be saved since it was such a rare car. Of the 2,267 Eliminators built in 1970, only 374 were powered by the Cobra Jet 428, only 13 were finished in Competition Yellow with a houndstooth interior, and only one of those was equipped with an AM/FM stereo! The team at KTL stripped the Mercury down to a bare body to start the painstaking process of smoothing, straightening and repairing the damage. The interior alone took more than six months to complete as all of the instruments required attention, as well as the dash itself from the heat and smoke. Due to the amount of water used to extinguish the fire, the original Cobra Jet engine required a complete rebuild and was topped with the factory-issued Ram Air air cleaner assembly. The Competition Yellow Glasurit paint was applied by Kurtis and finished with the Eliminator body stripes, blacked-out grille and taillamp assembly, spoilers and sport mirrors. 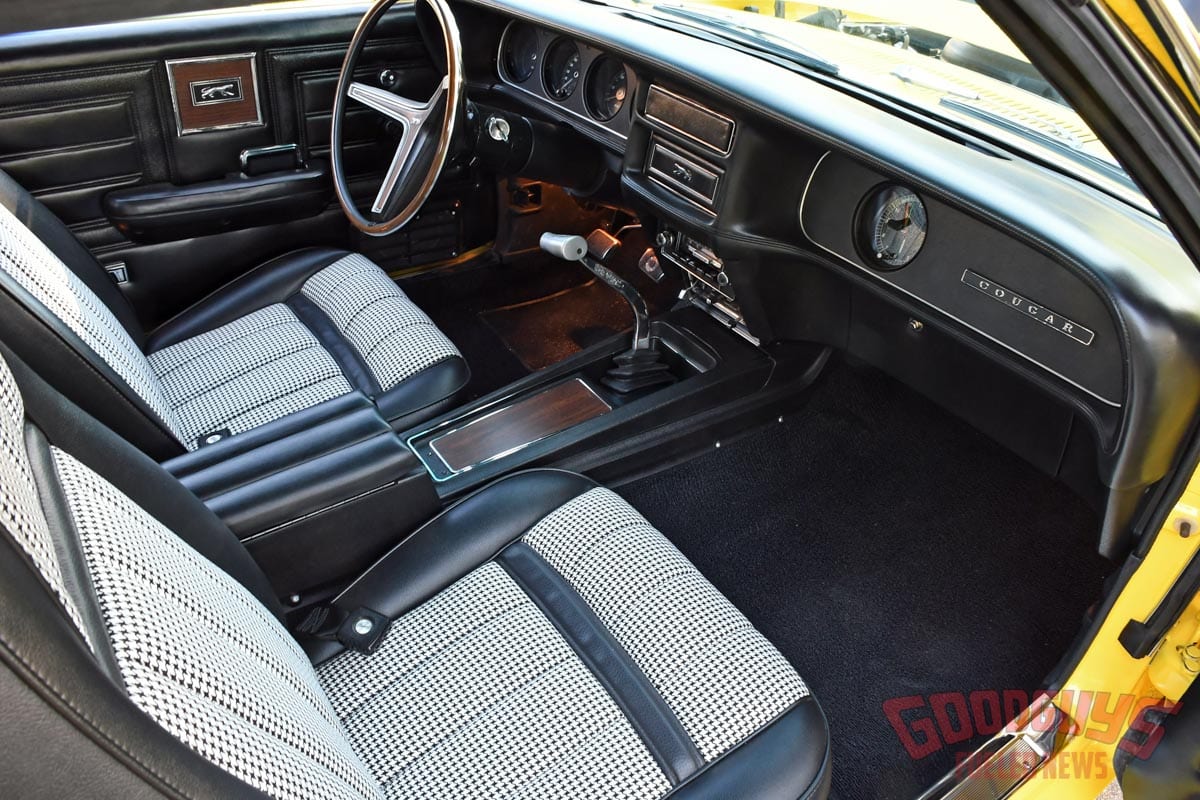 In the end, it took nearly three years and 4,000 hours, but the Cougar is new again in every way and then some. The Cougar was finished in the fall of 2018, just in time to be featured in the BASF Refinish booth at the SEMA Show in Las Vegas. From there it went to the Darryl Starbird show in Oklahoma, where it scored three awards including Best of Show. It seemed fitting, then, for it to earn a 2019 Muscle Car of the Year finalist spot at the North Carolina Nationals in April.