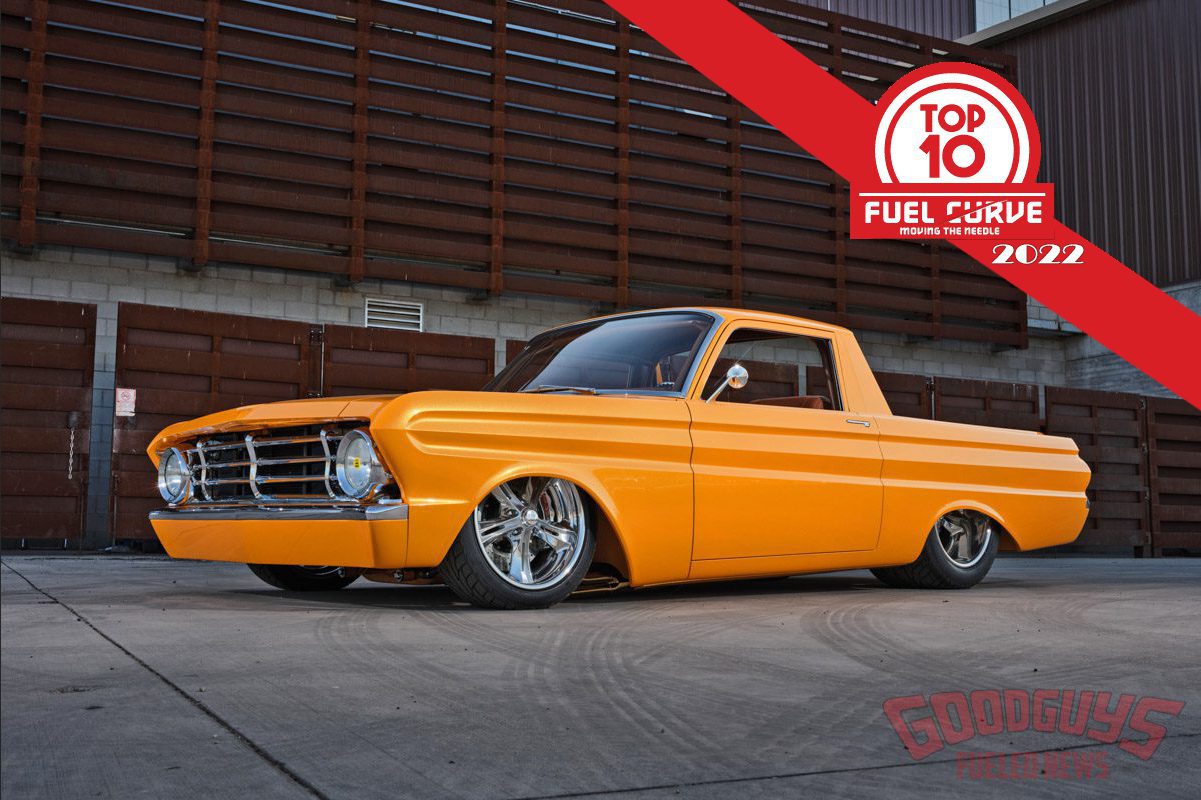 Kenny takes us back to the beginning. “In 2007, I got a call from Jeff Mullins, a fabricator based in Maryland, and he asked me if I was interested in adopting a stalled ’64 Ford Ranchero project,” Kenny says. “I declined at first, because I had been through previous builds and was a tad burned out. Nonetheless, I saw the car and although it was rough, I liked it and before you know it, the Ranchero was mine. I hired Mullins Fabrication to build the chassis, roll cage and install the drivetrain in the car. From there the project slowed.” For the next nine years, the Ranchero resided at body and machine shops in various states of assembly. “Around 2016,” Kenny continues, “I took a different direction and began searching for a builder to take the car to the next level. I was watching Bitchin’ Rides and said to myself, ‘That’s the guy I want to finish my car.’ I tracked down Dave Kindig, we struck a deal, and the Ranchero ended up immortalized on two episodes of Bitchin’ Rides in 2018.”