Congratulations to Mark Sandfort for winning the Goodguys 2022 LMC Truck of the Year Late title with your 1965 Chevy C10 built by South City Rod and Custom! We’ll see you and your vehicle in Scottsdale, Arizona November 18-20, 2022 at the 25th Speedway Motors Southwest Nationals!

Mark Sandfort walked into South City Rod and Custom to enquire about what it would take to build his newly acquired ’65 C10 into a good looking, reliable driver. That may not seem like an odd request to many hot rod enthusiasts, but in this case, Mark had never really owned a classic cruiser, muscle car, or vintage truck. That’s not to say Mark didn’t appreciate old vehicles. He’s owned a couple classic motorcycles, and he bought a new ’79 Z28 Camaro back in the day. So, what made him buy a beat-up, worn-out, 3/4-ton long bed to build into a cool driver in the first place? 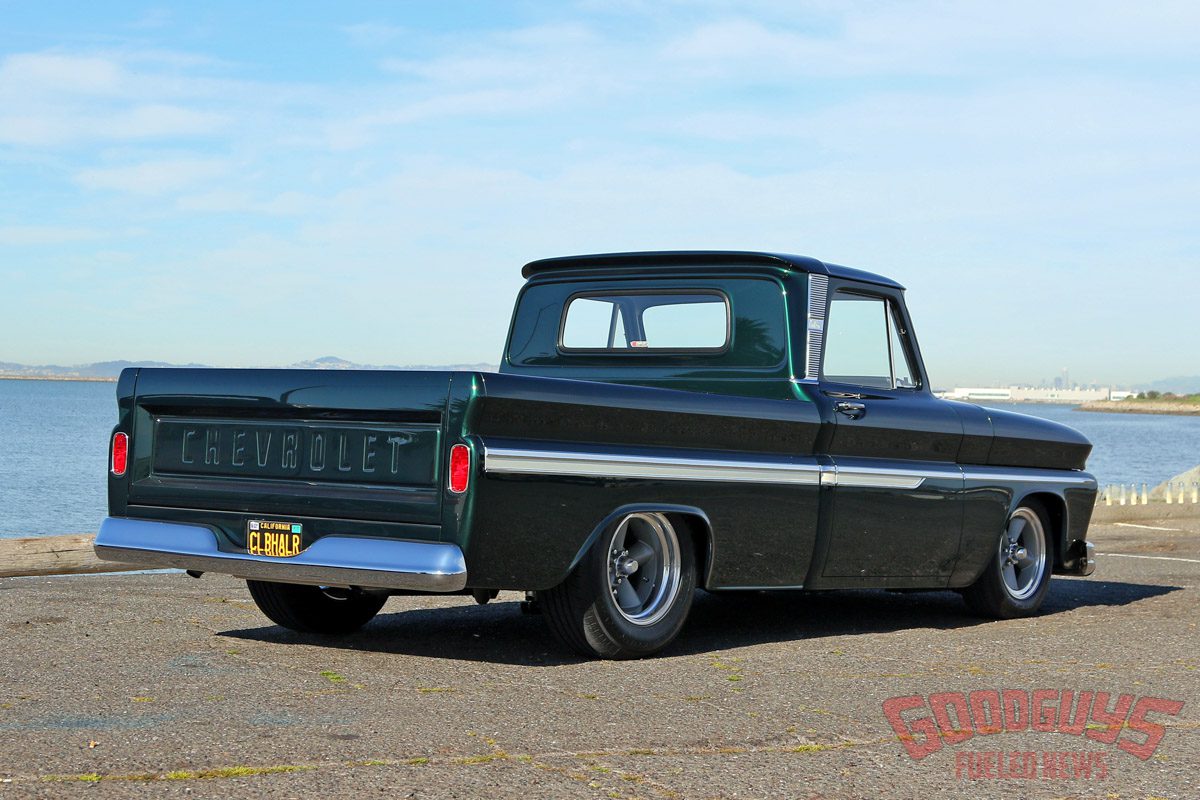 “My folks had a ’64 Chevy truck and I remember riding around with my mom handling the three on the tree, yanking it into overdrive on the highway, and just commanding that big truck around,” Mark said. “It was a long bed, 3/4-ton truck, and here was my petite mom just handling the rig. It just left an impression on me, I guess.” When Mark spoke to Bill Ganal at South City, he explained that he wanted a truck that looked like an old truck from the inside out, while being reliable and comfortable enough to cruise to the golf course any time. Since he was new to this classic truck world, he relied on Bill’s experience for a lot of upgrades that would deliver a comfortable, safe, and fun driver, along with mild custom touches to improve the truck’s looks. In the end, Mark says he only turned down a couple of Bill’s suggestions, while Bill was able to check off and run with most of Mark’s suggestions, as well. 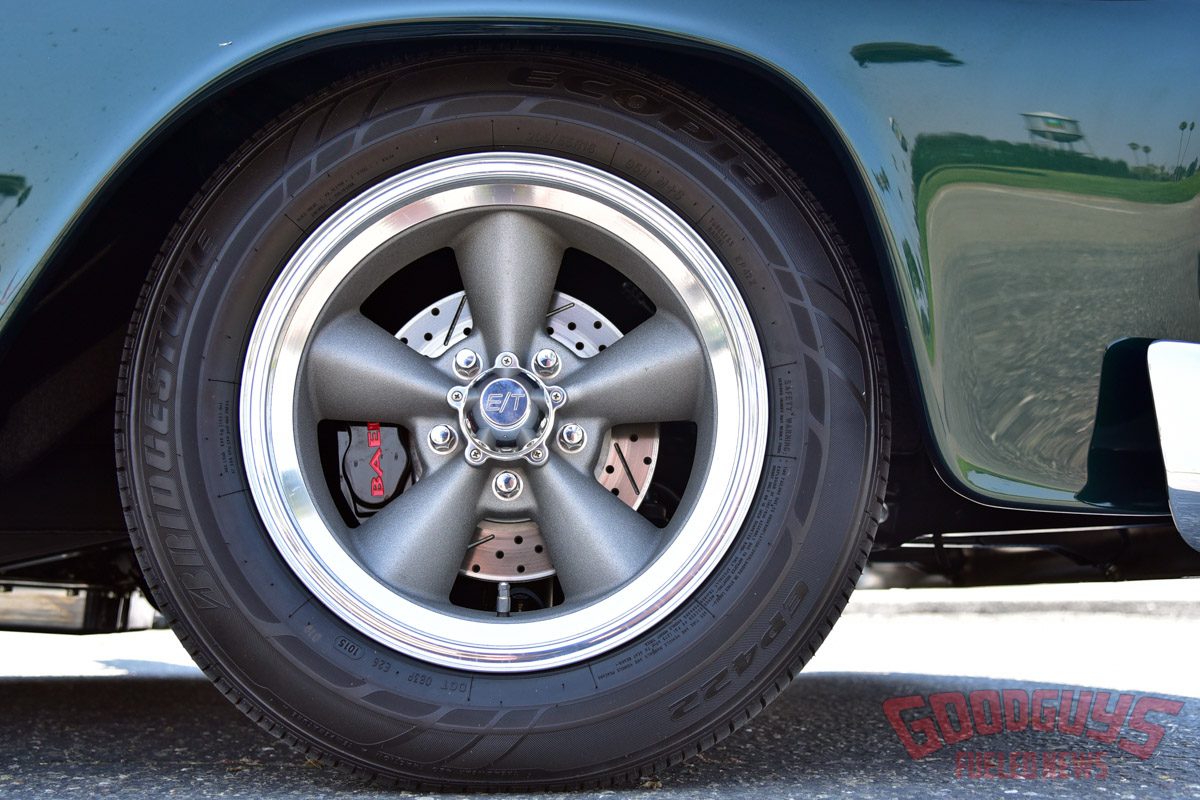 As you can see, the two guys worked well together. “I wanted a truck that would make non-car people passing by say, ‘that was a cool old truck’ while at the same time it would make truck fans say, ‘wow, check out the custom tailgate, bumpers and reshaped front wheel wells,’” Mark said. “Bill and his crew accomplished both.” That’s part of the reason there’s a carbureted small block under the hood, a basic 700R4 transmission, and 16-inch ET wheels attached to the Roadster Shop chassis. The emerald green paint by Compani Color retains a vintage feel, and the interior follows suit with a stock bench seat, modernized factory gauges, custom A/C duct work, and a tilt column finished to look and feel like a ’65 C10 Chevy truck. 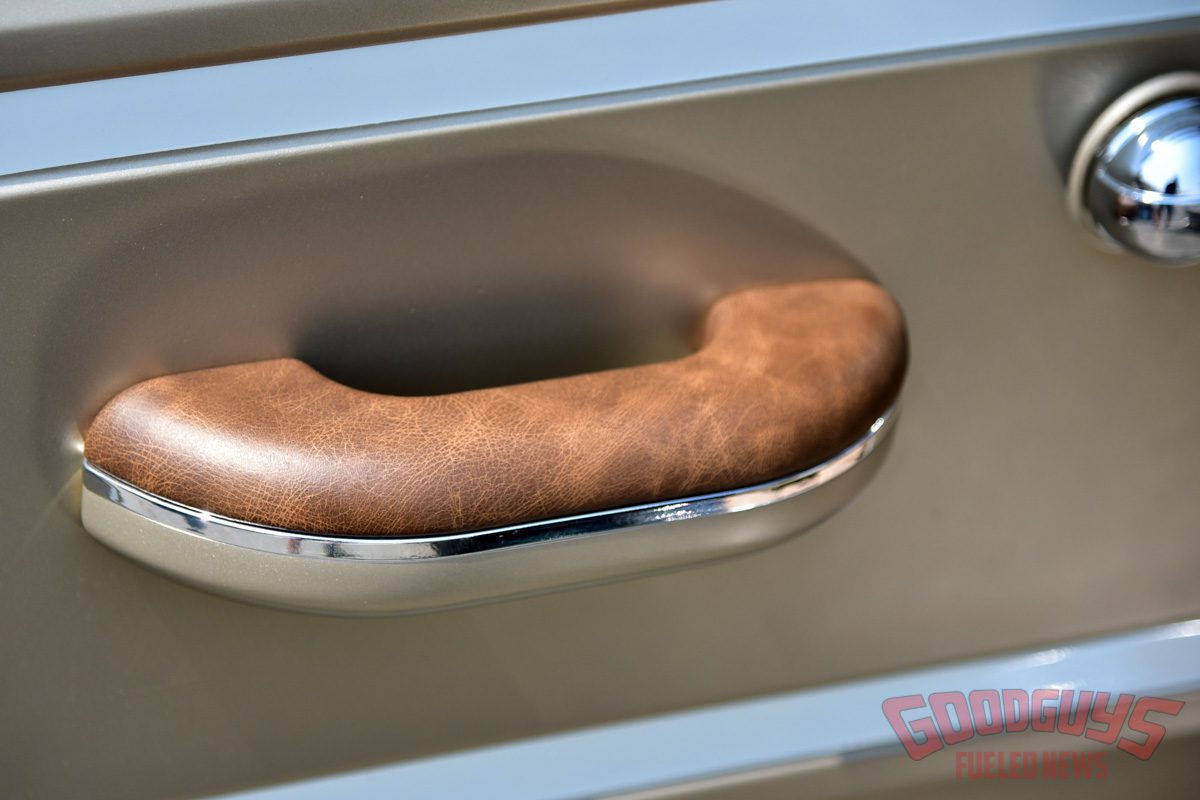 No billet, no LS engine nor 20-inch wheels – just a pickup that radiates the look and feel of classic Chevy truck, only much cooler.