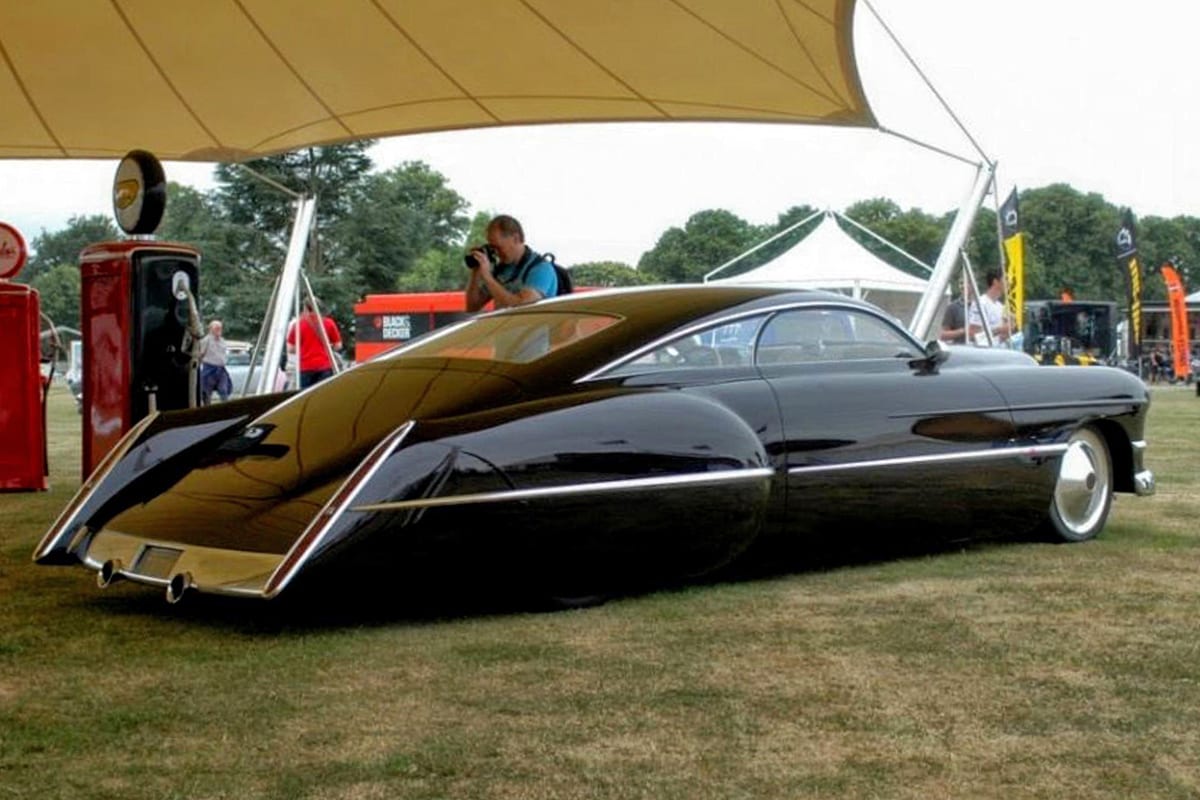 It’s almost spring. When we all get vaccinated, road trips are going to happen soon. When doing Dave Schaub’s Miles for Smiles article a few months back I mentioned other famous road trips that litter the historic landscape of hot rodding. There was Andy Brizio’s jaunt from San Francisco to Peoria, Illinois for the first Street Rod Nationals in the summer of 1970. Jim Ewing blasted from SoCal to Tulsa in the summer of ’76 without upholstery in the Super Bell coupe and our very own Marc Meadors loves to tell the story of the Meadors family 6,000-mile road trip in the summer of ’78 to Minneapolis then up though Canada and back in Gary’s ’32 Tudor. The road trip tales are endless.

This time, I wanted to dust off the story of CadZZilla – Billy Gibbons’ iconic custom Cadillac being driven from Boyd Coddington’s shop in Stanton, California to Springfield, Ohio in 1989. This is a story I heard many times firsthand from one of the journey’s co-pilots, former Gazette Editor Steve Anderson.

Gibbons had wanted to do a custom Caddy for some time. Things came together in 1988 when Petersen Publishing’s Harry Hibler collaborated with Gibbons and Boyd Coddington on a promo-build that could generate ink, therefore newsstand magazine sales. Sponsors were aligned, Larry Erickson was commissioned to do the concept (with an assist from Jack Chisenhall), and Boyd was assigned to turn it into reality. Craig Naff handled the metalwork at Boyd’s. Just 10 short months later, CadZZilla was being photographed and filmed for worldwide publicity. A spectacular custom, it rode on a Boyd-built chassis with a 500c.i. Cadillac V8 built by the late Art Chrisman. It was finished in a sexy purple flake coat with calfskin leather. The wild custom was the first of its kind, pushing the hot rod design envelope further than it had ever been pushed before. To this day it remains one of the rodding world’s most popular cars.


The best part is that it was driven and shared with the people both on the road and on tour for years. In fact, Goodguys booked the ZZ Top car collection in the early ’90s, using it as a successful PR hook for events. The display featured the Eliminator coupe, CadZZilla, and two custom Harleys named the HogZZillas. The display was like a magnet due to CadZZilla’s popularity and the fact that ZZ Top was one of the most popular bands in the world at the time.

In terms of CadZZilla’s road worthiness, Steve Anderson and his sidekick Rob Kinnan put that to the test by driving it 2,200 miles in one shot. Their journey got off to an anxious start. Anderson recalled pulling up to Boyd’s shop the morning of the departure.

“We were in for a surprise when we got to Boyd’s” Anderson said. “CadZZilla’s wheels that were on the car in the posters and cover shots, weren’t actually wheels. They were basically 19-inch caps that screwed into the center of the hub and gave the car its unique look. Great for pictures but not for driving long distance as there was so much rotating mass they weren’t safe. So, as we’re pulling up to the shop to launch on our voyage, Boyd’s guys were literally machining a set of wheels to be used for the trip. We were nervous but they welded ’em up, polished ’em, and mounted ’em. Boom! Just like that. But we were tentative. ‘Will they hold up?’ we were asking.” “We pulled out of the shop parking lot, got on I-15 and headed up over the pass towards Victorville,” Anderson continued. “We pulled into town for lunch and it was crazy. People were going nuts over the car. They were chasing us with their cars, coming up real close to us then doing drive-bys. Rob and I were nervous as hell.”

“Gas stops were exclusively Texaco stations as they were our sponsor for the trip. If you’re wondering, CadZZilla got around 10.2 miles per gallon. With the 10-gallon fuel tank, we stopped at a lot of Texacos. But the reactions continued. Some kids in a ’67 Chevelle pulled up to us pumping gas somewhere and actually had a copy of the magazine. They were so blown away CadZZIlla was at their local gas station. We let them sit in it. They couldn’t believe it. But that’s what Billy Gibbons wanted. He wanted us to drive it and share it with people, which was super cool.” Anderson’s thrilling tale continues. “Halfway to Vegas that day, the shit hit the fan. Just outside of Baker, Nevada, a sandstorm hit. What a lot of people don’t know about that trip is that we had no side glass in the car. As we drove through it, the sand was literally blowing in the car sideways pelting us in the face. We could handle eating some sand, but we couldn’t live with the fact that the paint job might be shot. Luckily, the clear coat held up and when we came out the other side of the storm, we stopped and literally shoveled a pound of sand out of the car.”

Anderson also talked about how CadZZilla was never summoned to the chase trailer on the entire trip. It made it on its own without an assist. He also mentioned hitting the century mark on the speedometer outside Grand Junction, Colorado late one night. Turns out CadZZilla had as much go as show.

Gibbons, Boyd and the entire build team should get a lot of credit for taking a pristine, turn-table-quality custom sled and driving it across country. Hot rods and customs are never too nice to be driven. This point has been driven home countless times by famous award-winning cars.

After CadZZilla, Gibbons continued building cars and sharing them with the world. His ’50 Ford Business Coupe “Kopperhead” snagged plenty of headlines, as did a Watson-style custom ’58 Thunderbird he coined the “Mexican Blackbird.” There is also his ’62 Chevy known as the “Slampala.” Gibbons is as good at naming his customs as he is writing hit songs.

There is so much more to this Cruising CadZZilla story then we could tell here. Do yourself a favor and give a listen to Anderson’s in-depth interview about the trip below. Just click the play button…it’s worth the 90 minutes!