Bronzed – Rutterz Rodz Makes Precious Metal out of a 1966 Charger

First-generation Dodge Chargers are pretty polarizing cars – it seems like guys either love them or hate them. The model was introduced in 1966 by essentially adding a fastback top, hideaway headlights, and a four-bucket-seat cockpit to the midsize Coronet platform. Though they’re sleek and distinctive, the 1966-67 fastback models have never quite had the same following as their later ’68-70 brethren. Doyle Thomas is one enthusiast who appreciates the lines of the first-gen Charger. When he learned that his go-to builder, Mike Rutter of Rutterz Rodz, had found a clean 1966 Charger at the Goodguys Nashville Nationals swap meet, he jumped at the chance to have Mike build it into a first-rate restomod cruiser.

“Doyle Thomas is an avid hotrodder and a tremendous customer,” Mike says. “He gives us tremendous freedom with his projects.” Not only that, Doyle uses those projects after they’re built. “Every year he and a group of his friends drive their hot rods on his personal ‘Living the Dream’ tour,” Mike says. “They’ve traveled coast to coast, into the Florida Keys, and Canada. He has a true love for cars of all ages! Rutterz Rodz was even trusted to build his very first car and one he learned to drive in, a ’51 Ford”


For the 1966 Charger project, Mike turned to artist Eric Brockmeyer for design ideas. The initial rendering called for the car to be painted in its original black color and they discussed the idea of having custom wheels carved to replicate the original Charger hubcaps. Mike and Doyle knew they wanted a late-model 6.4-liter Hemi engine, as well. Like so many projects, however, this Charger ended up taking some unexpected turns, starting with the color. “We have always trusted Axalta when it comes time to our paint products,” Mike says. “In December 2018, we were offered the opportunity to work with Axalta and their soon-to-be-released 2019 Color of the Year, Sahara Bronze. Once I saw the color in person, I felt it suited this Charger better than any other build we had going. It seemed to be a color that could have been offered in ’66 and even seemed to herald the Hurst colors of the era. Eric was asked to change the rendering from black so I could present it to Doyle. Doyle ultimately trusted my decision that Sahara was right for the build and once again gave me total control to either get it right or get it wrong!” 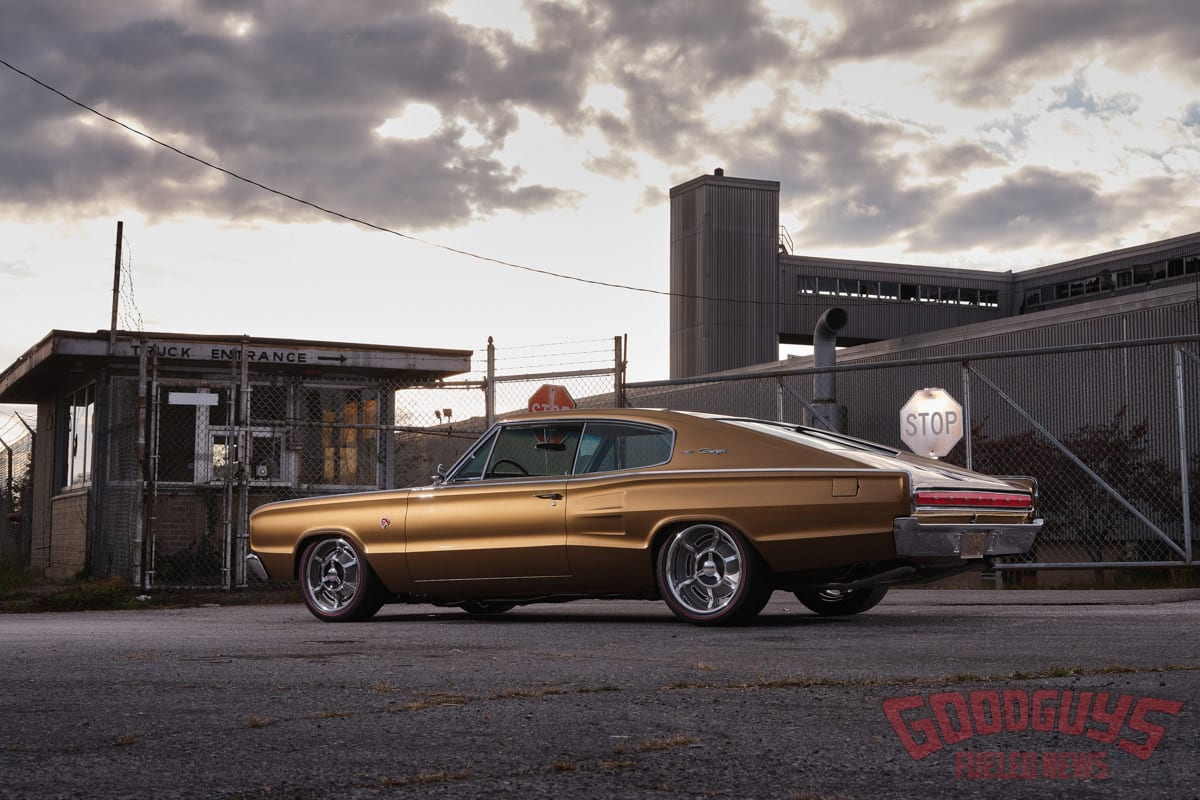 The build progressed with the Rutterz Rodz team updating the front suspension using a Reilly Motorsports K-member that ditched the stock torsion bars in favor of tubular control arms, RideTech coil-overs, and Wilwood disc brakes. A Reilly four-link setup was used to suspend the 3.70:1-geared Mopar rearend, while Sage Speed and Custom designed and machined the 18×8- and 19×10-inch wheels modeled after Charger hubcaps. The plan was coming together…until it changed again. “In a discussion with Doyle on the phone one day, he commented how much he favored the builds we had done for him that had supercharged engines,” Mike says. “The discussion led to supercharging the 6.4 for the Charger. My immediate comment was if we could have a do-over, we should have gone with the Hellcat motor. Almost instantly Doyle said, ‘why can’t we? Let’s hold the 6.4 for another project and get a Hellcat!’” Like Mike said, Doyle is a dream customer. 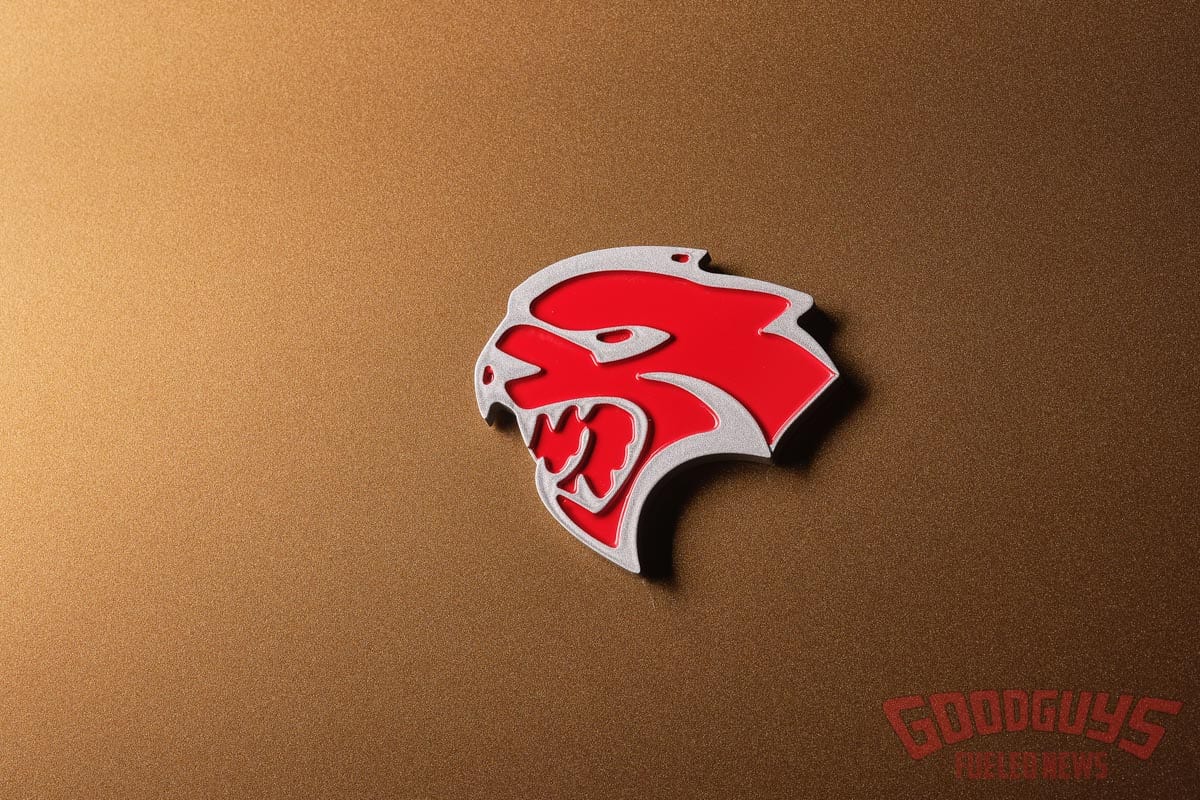 “At the time, the only transmission choice for the 707hp engine was a manual option, but this build needed to be an auto,” Mike continues. “To handle the horsepower, a Performance Automatics-built 4L80E was chosen and adapted to the block with a Wilcap adapter.

“It was a great challenge, but we were able to fit the Hellcat engine in the Charger’s engine bay and close the hood,” Mike continues. “Once the engine was fitted, we built custom 354 Hemi valve covers to help disguise the modern looks of the motor.” The Charger’s inner fenders and firewall were modified to make room for the new engine, while a custom shroud was built to integrate the OE Hellcat radiator and fan into the engine bay. TTI headers and 3-inch exhaust helped complete the package. 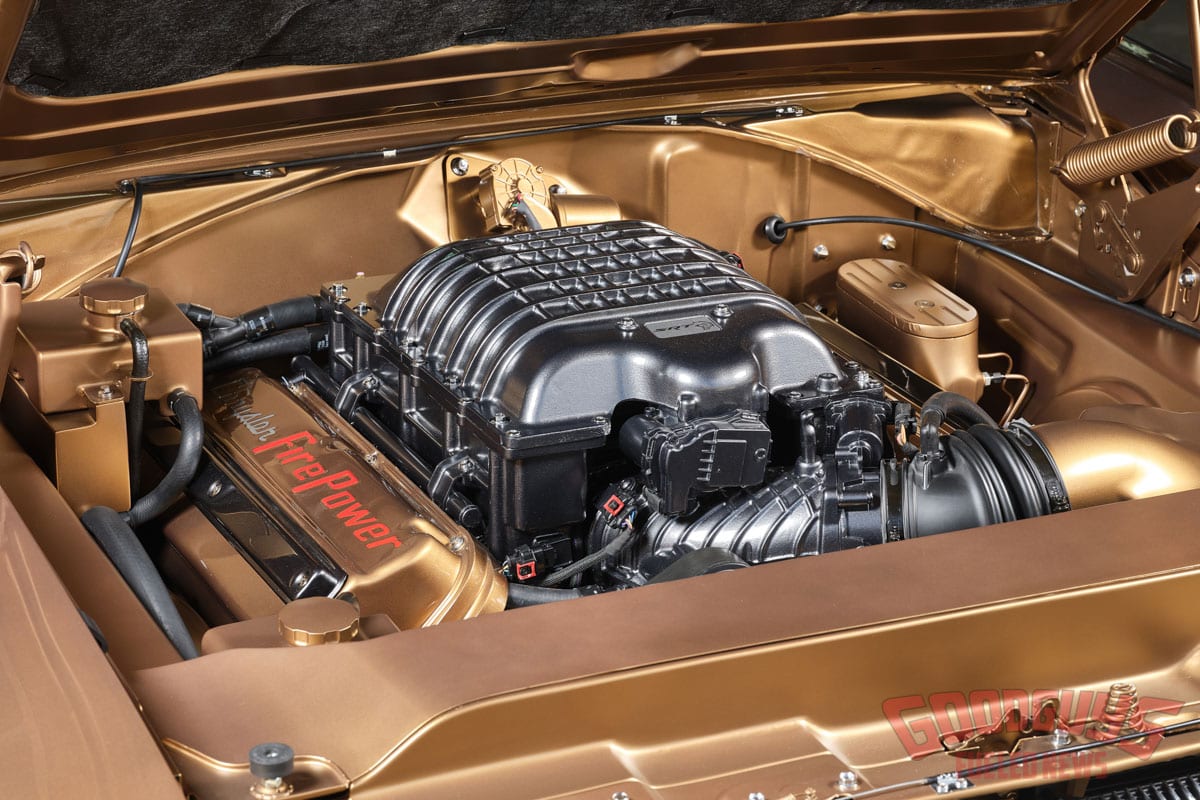 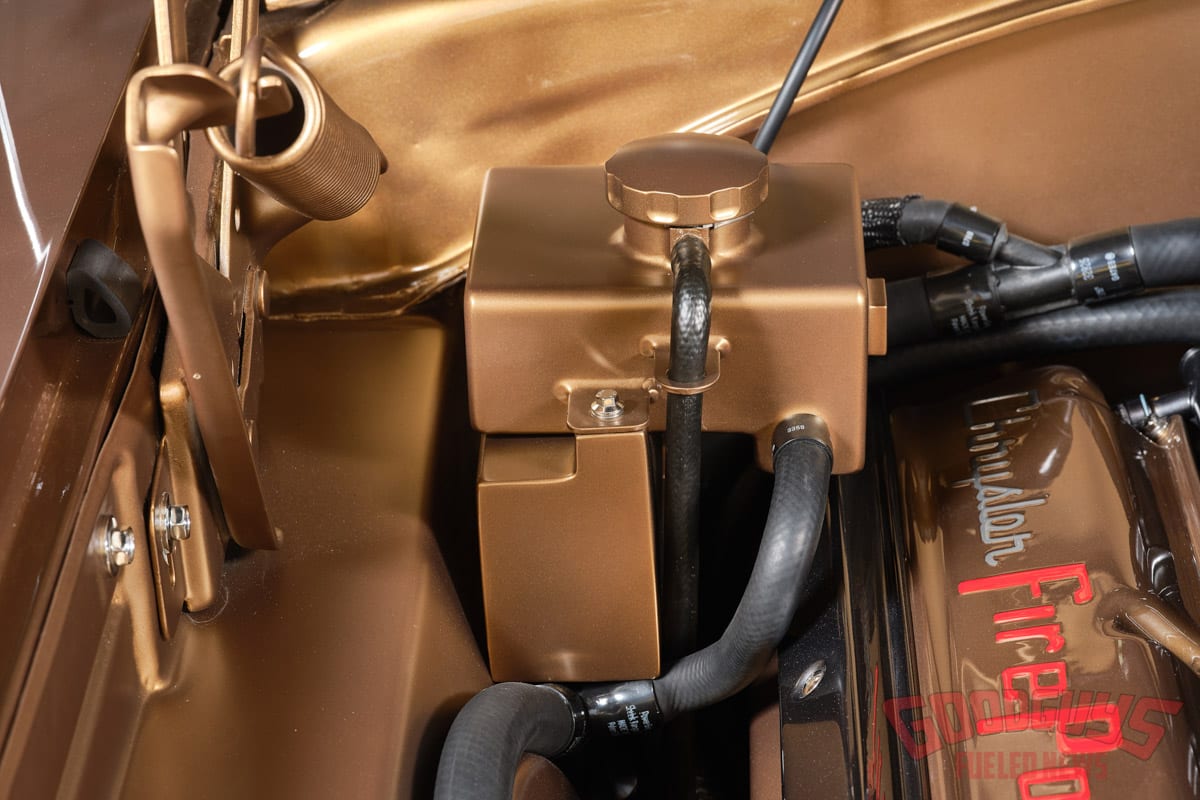 “The pressure was on to finish this build for its Axalta SEMA 2019 debut,” Mike says. “The car was finished in time and was greatly accepted by everyone involved and Doyle’s family and friends. With 2020 being such a trying year, we haven’t been able to get the car much show exposure but hopefully that will change in 2021.” We hope so, too. This bronze beauty deserves to be seen. For his part, Mike is grateful to Doyle for giving the shop latitude in making so many key decisions on the build. “Hopefully we got it right,” Mike says. We think so. A build this clean is sure to make first-gen Charger believers out of many unsuspecting enthusiasts.