AMX3 – A Mid-Engine American Super Car That Nearly Was

The AMX3 is one of America’s most elusive sports cars. First constructed nearly 50 years ago, you may never have heard of it or known about it. If you do, you’re well-informed. Back in the 1960s, American Motors was desperately trying to change its “Rambler” image and in 1968 took a big leap forward with the 2-seat AMX despite a shoestring budget.

AMC pressed on and later in 1968 debuted a mid-engine prototype simply called the AMX2 but was mainly a styling exercise. Although beautiful in it’s look, it was just a rolling chassis. Still daring and willing to take a stab at this bold move in the marketplace, AMC execs pushed V.P. of styling Dick Teague and Department Head Chuck Mashigan to set up a competition between famed Italian designer Giorgetto Guigiaro and AMC’s own stylists to come up with the next concept for an actual production mid-engine AMX called the AMX3. 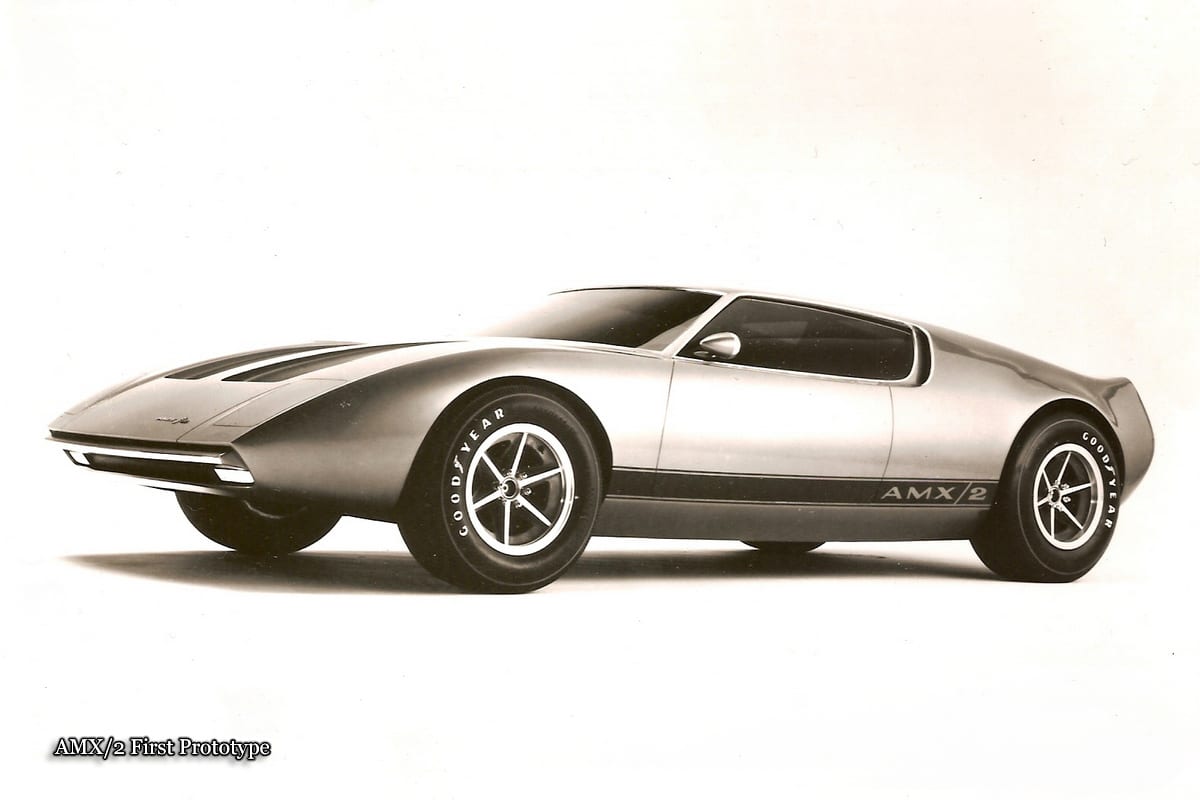 Guigiaro had already designed the DeTomaso Mangusta, the forerunner to the Pantera. Surprisingly when the Guigiaro design mock up arrived at AMC, it was no contest. Teague along with the homegrown AMC Staff designers Bob Nixon, Vince Geraci, and Chuck Mashigan won hands down with a clean and stunning look which was incredibly exotic without the sometimes overly busy design elements of its pure Italian counterparts. This particular AMX3 is the third car built and was owned by the late Dick Teague himself. It currently resides at the Petersen Automotive Museum. Although the AMX3 was completely designed and partially engineered by the folks at AMC, it took an unusual road to production. The steel bodies were handcrafted in Turin, Italy and the car’s construction and chassis setup was handled by ex-Ferrari race car engineer Giotto Bizzarrini. Testing for the AMX3 was handled by Bizzarini, Turin Polytechnic, and BMW at their test track in Germany. The first running AMX3 debuted in early 1970 just one day before the Pantera was unveiled in Rome, Italy. The first press release was dated April Fools Day. The car stood only 43 inches high, was 175.6 inches long, had a wheelbase of 105.3 inches and weighed 3090 pounds. Behind the 390 was a custom built Melara 4-speed transaxle, hydraulic clutch, and fully independent rear suspension with dual coilovers on each side of the axle. Some have said a ZF 5 speed transaxle was tried but couldn’t handle the 430 lb/ft of torque from the AMC390. Bear in mind high revving European engines had power but lacked the torque curve of the typical high performance American V8. Yet the gear ratios on the Melara 4 speed transaxle for the AMX3 were apparently setup with 4th gear having a slight overdrive ratio of 0.8:1 with a final drive ratio of 3.45:1 at the rear axle with the torque of the 390 V8 making up the difference. 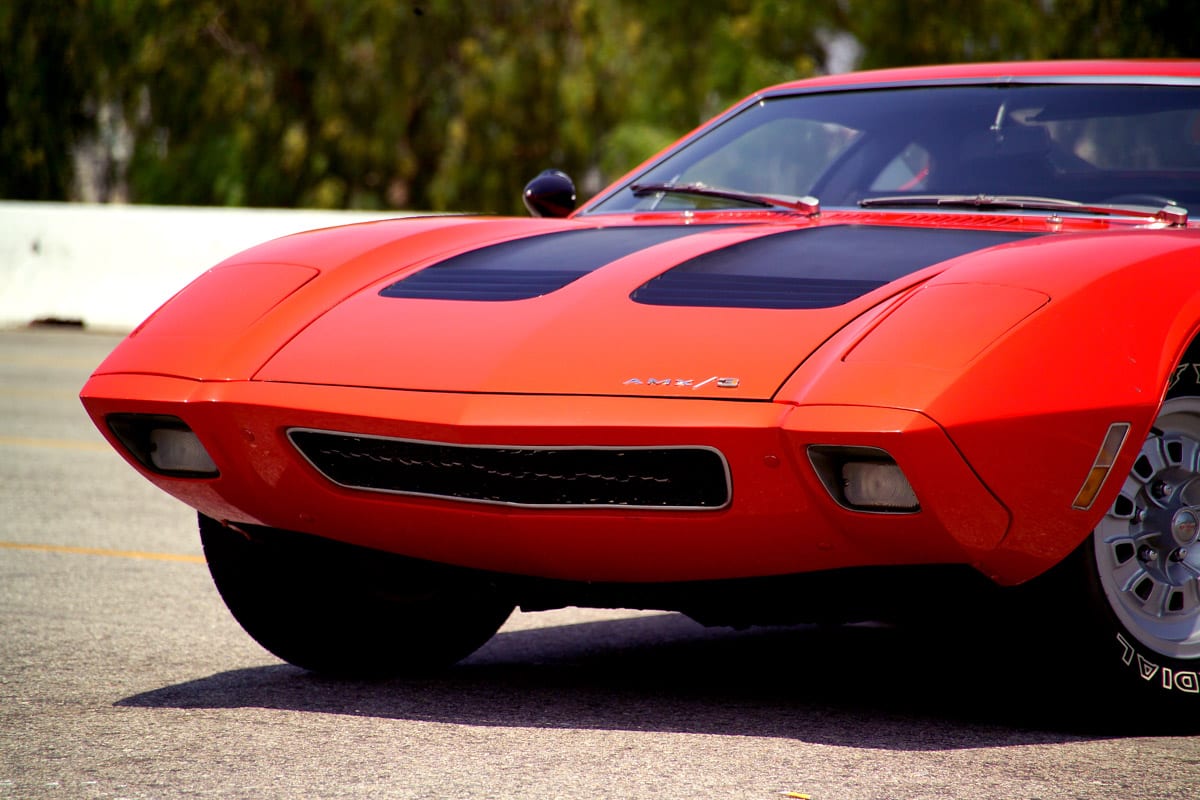 Braking was handled via Teves 4 wheel ventilated discs while the wheels were Campagnolo alloys and measured 15x 6.5 in front and 15 x 9 in back. Through the course of its short production life, the car went through many small and subtle changes. On some cars, additional vents were added at and below the rear quarter window to aid in cooling and a small set of front spoilers were added to aid aerodynamics at the car’s 160 MPH top speed. Each car was a little bit different as additional development continued at the same time the program came to an end. When it came time to scrap to AMX3 program, there were apparently enough parts and pieces to build 24 cars but those numbers are open to speculation. After five cars, the rest of the cars were ordered to be scrapped but a sixth car turned up later supposedly put together by the Italian builder Bizzarini and still resides in Italy today. The name AMX set the tone for AMC’s venture into the high performance world. It’s hard to say if one would consider AMC the “MacGyver” of the American automotive world where one knows how to make a surface to air missile out of a paper clip, a rubber band and a pencil. 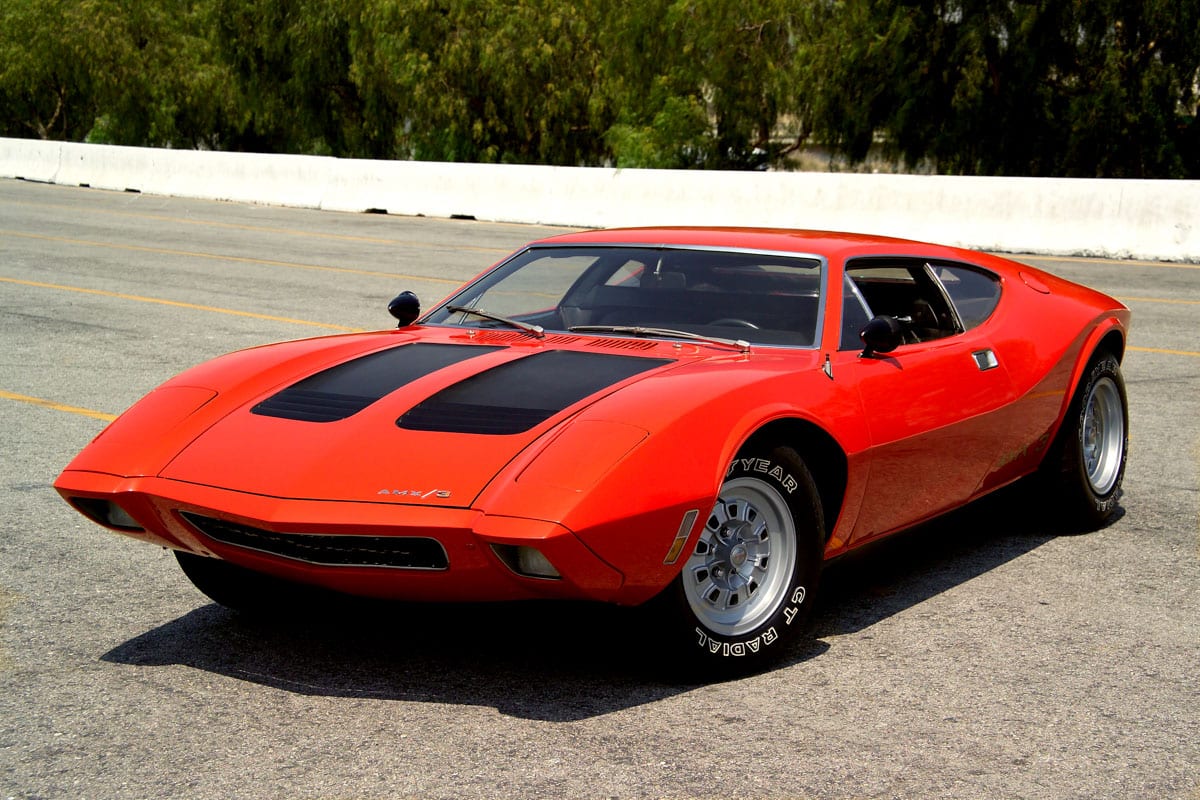 Sadly, AMC’s hopes and dreams and changing their image were shot down by a multitude of factors and the execs at AMC were forced to eject only to land in a sea of Federal laws, bumper standards, catalytic converters, oil prices and low compression ratios. For the AMX3, the mission and execution was well conceived but the timing fell prey to the dangers that loomed just over the horizon namely, the 1970s. All six of the original prototypes still exist today in various conditions. One freshly restored car won it’s class at Pebble Beach and sold at auction for nearly one million dollars. The gallery below is that particular car. So, can it be said that American Motors actually designed and produced the very first production American/Italian mid-engine Super Car? Strange as that may seem, it looks to be the case. After all is said and done and based on the old 50s song “Beep, Beep”, was this truly the little Nash/Rambler that could have actually done 120 MPH in second gear? Well, at least third gear! 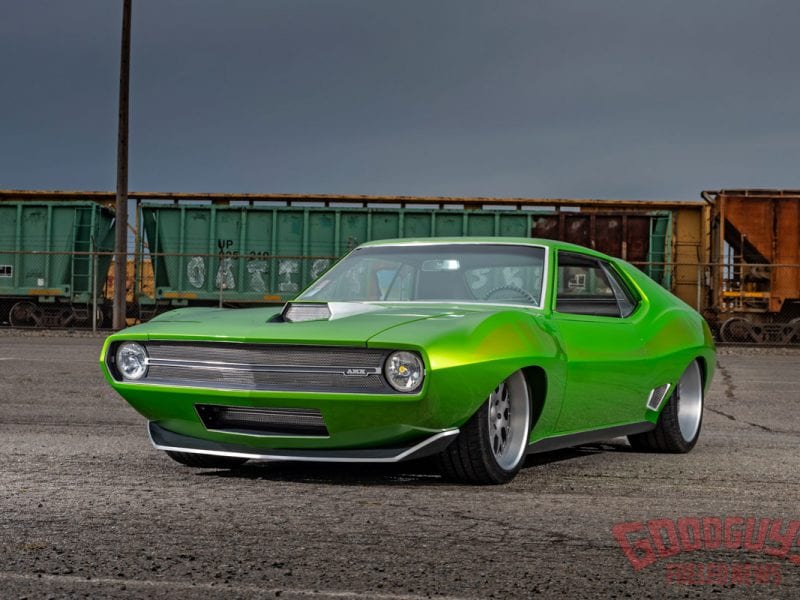