There are two things you need to know about Wayne Ferrandino’s 1970 Olds 442 W30. First, the words factory-correct and numbers-matching apply liberally to this prime example of 1970 GM muscle car efforts and what many enthusiasts think is the pinnacle of performance for Oldsmobile. 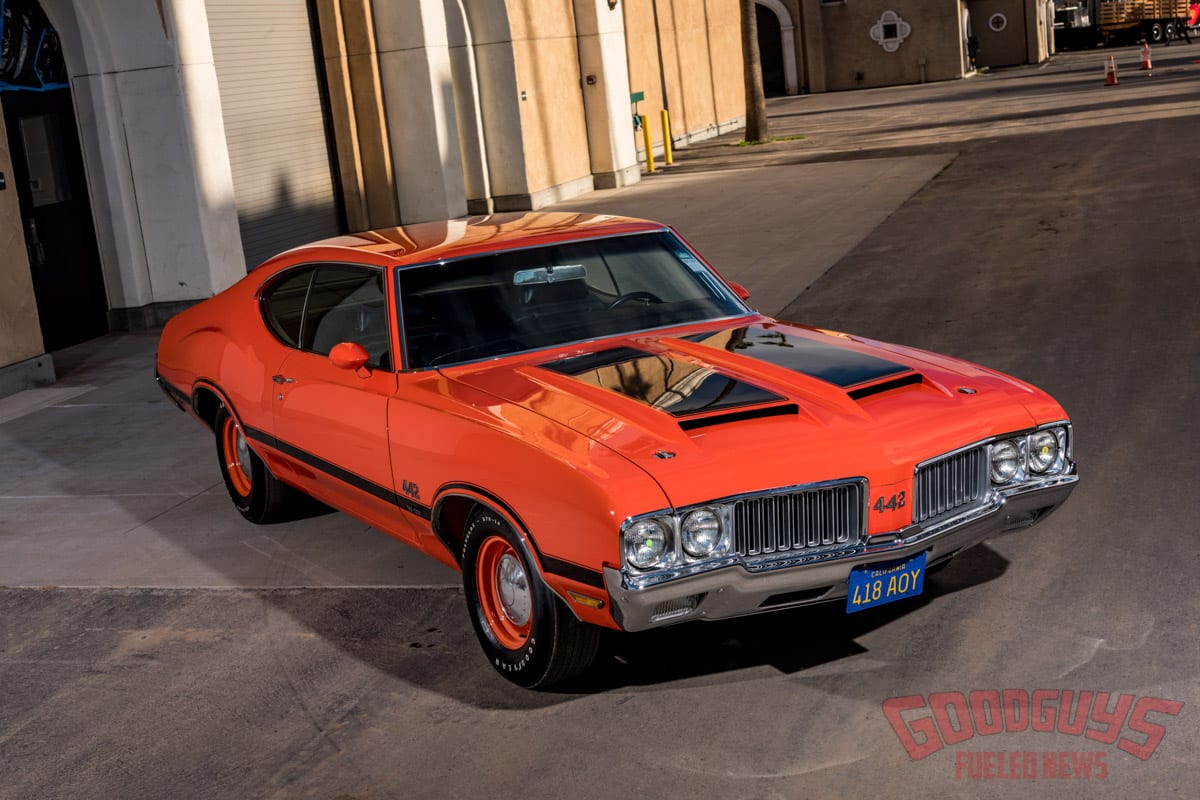 Second, while the ’70 Olds 442 lagged behind the Chevelle SS and Pontiac GTO in sales, it held its own where it counted: on the drag strip. Tests from that era showed that the 442 W30 and Chevelle SS 454 performed similarly on the strip, but both outran the GTO. In addition, Wayne’s 442 is an ultra-rare timepiece. He reports that it’s one of 50 with special-order Rally Red paint, rare W27 differential, AM/FM radio and eight-track tape player, and factory air. The 442 was discovered in a garage in Venice, California, where it had been hidden for 13 years. To avoid repetition, virtually every part of this car is factory original and/or numbers matching. The balanced and blueprinted 455c.i. V8 sports all the stock goodies: Quadrajet, aluminum intake, Delco ignition, headers and exhaust system. The TH400 transmission connects to the aforementioned W27 aluminum differential that features Olds’ Anti-Spin axles, which were standard on the 442s. Factory-installed front disc brakes and rear drum brakes handle the stopping chores. The engine breathes through functional hood scoops in the fiberglass hood, which was part of Olds’ efforts to reduce weight on the car; the ’glass hood weighed 18 pounds less than the stock steel piece. The aluminum rearend housing knocked off another 18 pounds. Other performance components included a low-restriction dual exhaust system and front and rear sway bars. Date-coded 14-inch factory steel wheels with dog-dish caps are mounted with G70x14 Goodyear Polyglas tires. The bone-stock body was restored and sprayed in the Rally Red paint by Jim Mott Restorations of Kimberly, Idaho. The interior features a Rallye gauge cluster, four-spoke sport steering wheel and a Hurst dual-gate shifter in the console. The stock black vinyl upholstery was supplied by Legendary Interiors. At 4,200 pounds the Olds 442 was a few hundred pounds heavier than comparable Chevelle SS and Pontiac GTO models, so Olds’ weight-reducing efforts also included reduced sound-deadening materials in the interior.