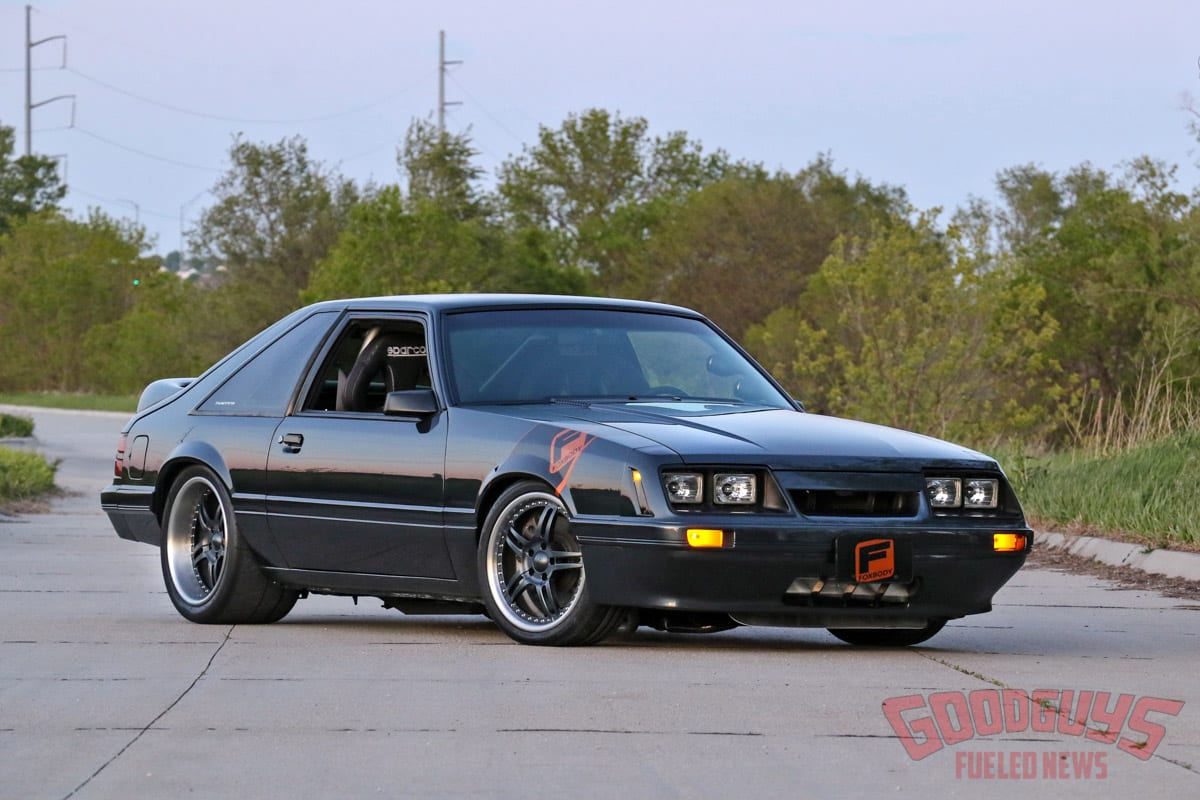 It’s easy to think that enthusiasts who build later-model rides have it easier than those building old-school hot rods. But the reality is that even next-generation cars and trucks from the ’80s are 30-plus years old, and the potential pitfalls of a full-scale project are just as real with these vehicles as they are with older ones.

Shawn Dice can attest to that. He’s been a Foxbody Mustang guy since his youth and has owned this ’86 model since 1989. It has basically been a three-decade work-in-progress and many of Shawn’s stories will ring true with rodders of all generations. 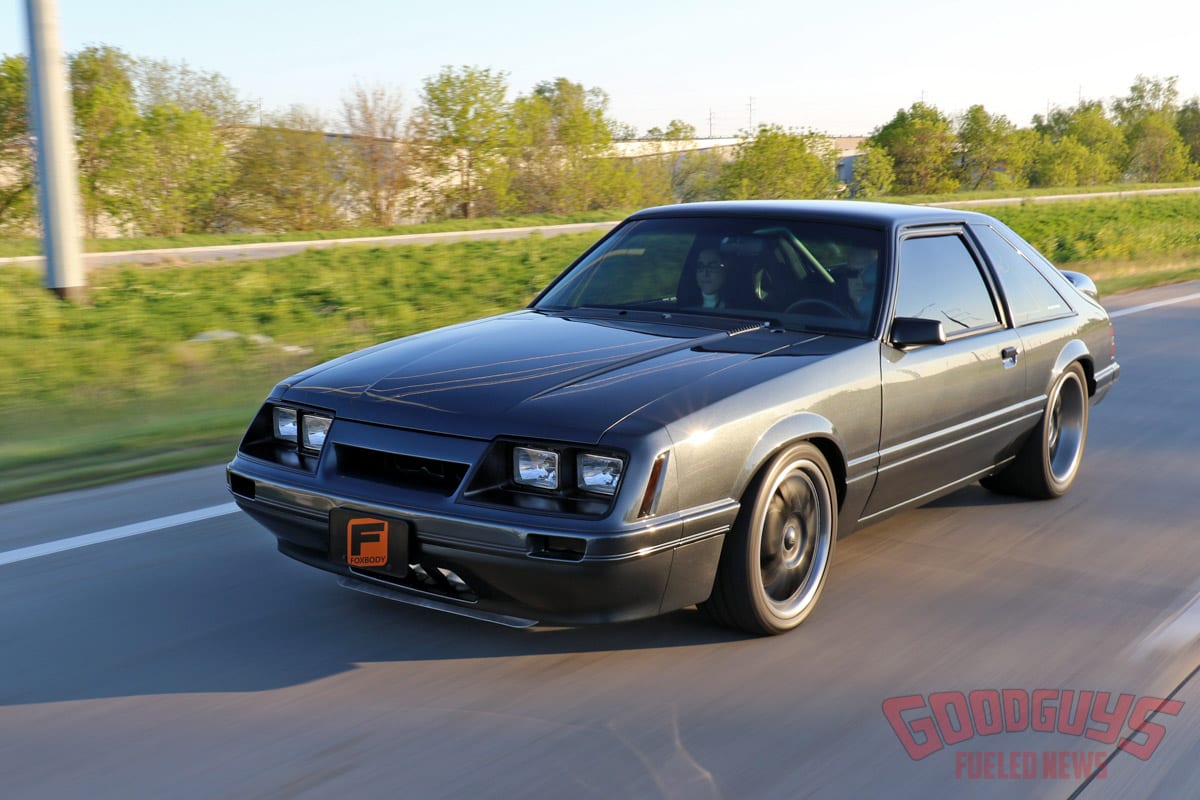 The 5.0-liter LX Mustang was a daily driver for the first couple of years and transitioned into a fair-weather cruiser in the early-’90s. Like most enthusiasts, Shawn was consistently thinking and dreaming about how to improve the car and those ideas started to take shape in the early part of the new century. The next stage in the car’s evolution was a little more dramatic. Shawn not only wanted to up the power ante, he also wanted to completely update the chassis so he could better fit wider tires and wheels and achieve a more aggressive stance and attitude.

The power part of the equation came with a 347c.i. stroker small block Ford built by DSS Racing using AFR heads and a Procharger supercharger blowing compressed air through a Trick Flow intake and injection system. MSD ignition and BBK long-tube headers were part of the 550hp package, and it was all backed up by a Tremec TKO five-speed. The chassis upgrades are where things went a little sideways. “I decided to send it to a shop to get a bunch of work done,” Shawn says. “Four years later, I had to take the car from the shop.” The car was still in pieces, only a portion of the scheduled work was done, but all of the money was gone – an all-too-familiar predicament for many enthusiasts. Shawn regrouped and decided to put the car together car himself with the help of friends like Paul Loch of Loch-N-Load Motorsports. This included assembling the custom front K-member and A-arms with RideTech Shockwaves, a Flaming River rack-and-pinion, and a four-link rear suspension with RideTech air springs suspending the 3.55:1-geared rearend. The combination of parts nicely tucked the 18×9- and 18×12-inch Boze Forged wheels on Michelin 235/45 and Nitto 335/30 rubber, with small wheel tubs making way for those massive rear rollers. Fortunately, that 2004 paint job – performed by HD Auto Creations using BASF materials in a Lexus Gray Mica Pearl hue – had held up well through the years (and through all of the work). Subtle mods like ’88 quarter glass and a Cobra rear wing refined the appearance, as did a little dose of color in the front fender graphic. 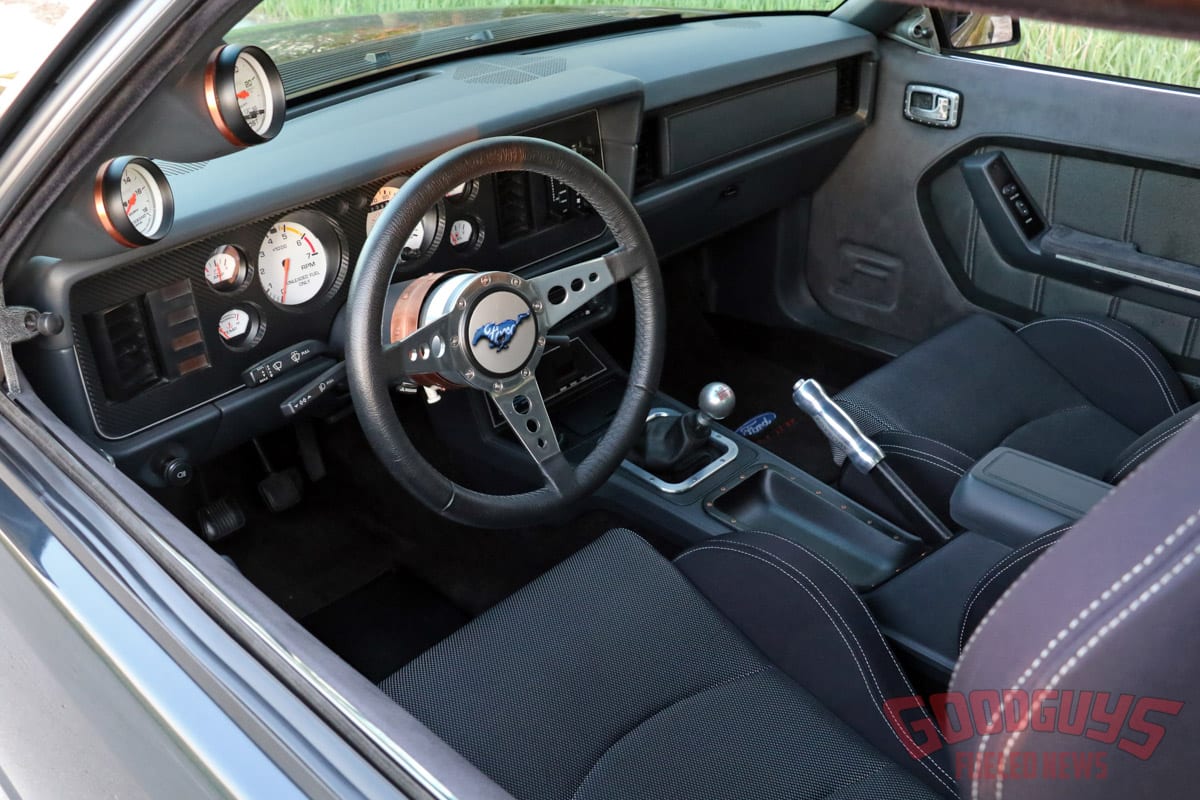 It took a year for Shawn and his friends to get the car back together, and in some ways the process helped him fulfill his original goal, which was to build the car the exactly the way he wanted it. “Having to reassemble the car from the builder’s shop was actually a great experience,” Shawn says. “I pretty much touched everything on the car. I’ll have my friends help me from now on.”