This is a story of a 1979 Z28 Camaro that almost never was. John D’Agnese had his young heart set on buying a 1967-1969 Camaro. However, after looking at these cars with his father, a mechanic by trade, they were either a little too beat up and or too expensive. Luckily, John had a second love. The 1978/79 Camaro with T-Tops. It had to have the T-Tops. “I just loved the look of those Camaros. I liked being different. I was also partial to that car because my godfather Sal used to bracket race and had once owned Lee Shepherd’s 1981 David Reher/Buddy Morrison Camaro. So I guess that had some influence on my decision and had planted that seed in my head”. 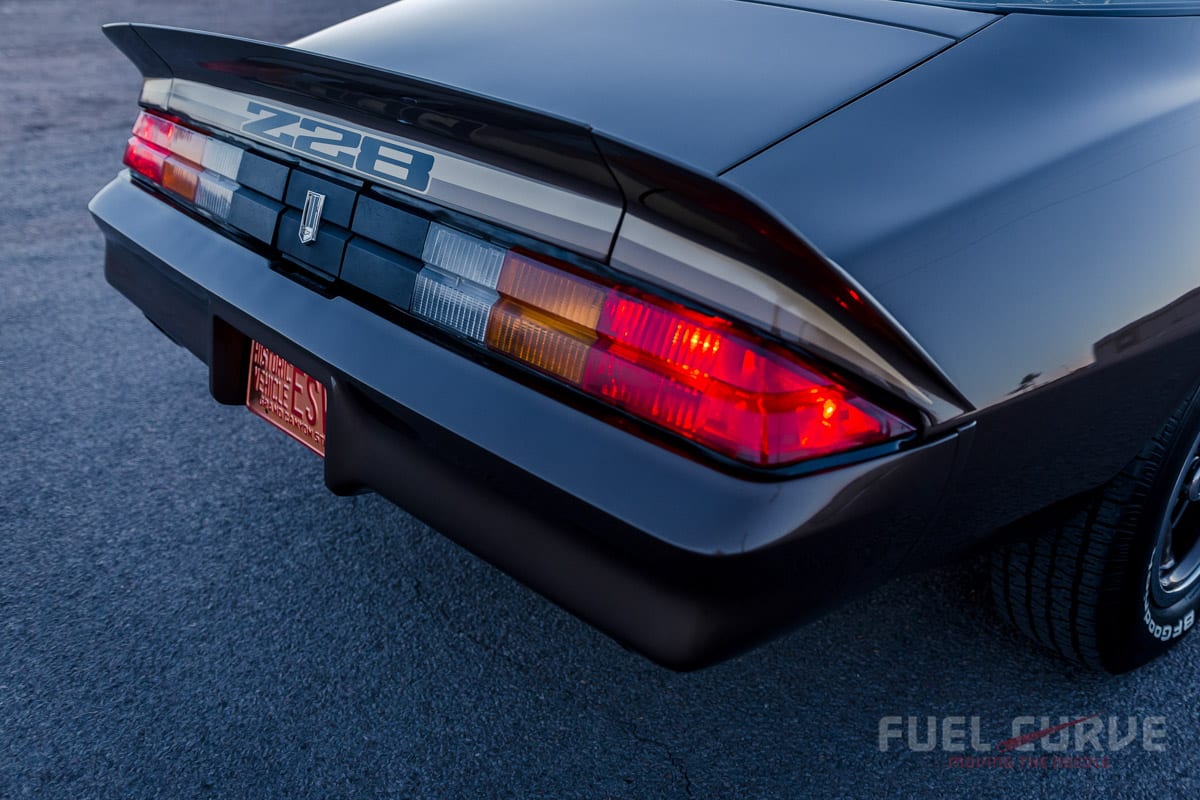 So at the ripe old age of 15 and with the help of his dad they ended up buying a 1979 Z28 Camaro that used to frequent the drag strip from time to time. It had the original block but it already had been bored out sixty over. Corvette Heads and Hooker Competition Headers with an Edelbrock Manifold and Carb were also added by the previous owner to help bump up the horsepower. Once in John’s possession, he rewired his 1979 Z28 Camaro from the fuse block back, rebuilt the complete rear suspension, including re-arced springs, then added an extra leaf. He did all the front suspension except springs because they were already new. When the suspension was out, he scraped off all the undercoating and detailed the whole underside using satin black. As with most things, life took a front seat. People get married, have kids and the list goes on. One thing that didn’t happen though, John never sold his first car. Sure, it moved from garage to garage and the idea of selling it would be kicked around but it never came to fruition. In November 2011 a decision was made to completely restore the car. It still retains its original numbers matching engine and turbo 350 transmission. His best friend Ernie Martinez of Dirty Ernie’s Custom Upholstery used all original fabrics and refurbished the original interior panels. Stewart Warner gauges were added, and they left in the aftermarket radio which was his wife’s first gift for the car on Valentine’s Day back in 1995. John’s 1979 Z28 retains all its original body panels and floorboards but it needed a fresh paint job. Armando of El Camino Custom Body and Paint was chosen for such a task of respraying that luscious original brown color. All the glass except the T-tops has been replaced as well. Once in John’s possession he put it all back together in his garage of May of 2013. Unfortunately, John’s father passed away so he never saw it fully completed. But to honor his pops, John plans on keeping the car and taking it to shows with his son Salvatore and his wife Gina – just like his dad did with him as a child. “When the time comes and I’m not here anymore it’ll be passed down to my son. With the excitement he already shows when the T-tops are off I think he will love it like I have.”