If this article didn’t have the pictures of Johnny Griffin’s beautiful ’69 Yenko on it, you’d probably assume our Snap-on Muscle Car of the Year finalist from Nashville was a Camaro. After all, the Yenko Camaro is one of the ultimate muscle cars of all time. But this time the story is about an even more rare Yenko; a Yenko Chevelle. The Yenko Chevrolet dealership in Canonsburg, Pennsylvania, was known for building even more power and performance into new Chevys starting in 1966 with their Corvair Stinger. Next came the ’67 and ’68 Camaros, where the dealership stuffed the mighty 427c.i. big block (to bypass the corporate 400c.i. maximum mandate) into engine bays along with other mods to harness the power. In 1969, Yenko was able to receive the cars straight from the production line already fit with the proven L72 427 through a corporate workaround known as the Central Office Production Order (COPO), which included Camaros and Chevelles. Yenko only produced 99 Chevelles, so seeing one at a car show, let alone one being driven into a show, is a rare treat. Johnny is no stranger to muscle cars, nor the Yenko nameplate as he’s owned several ’70 Yenko Novas and one Camaro. He always wanted a Chevelle. Twenty years ago, he found one that had never left Pennsylvania and jumped at the opportunity to own it. The Chevelle was absolutely complete with only about 13,000 miles, so all the parts were there, along with a paper trail to the original owner. Johnny stripped the A-body down, rebuilt the big block and extremely rare TH-400 automatic (only 28 were autos), while his buddy Ricky Farley took care of the original sheet metal and laid down the Lemans Blue paint with Yenko graphics. 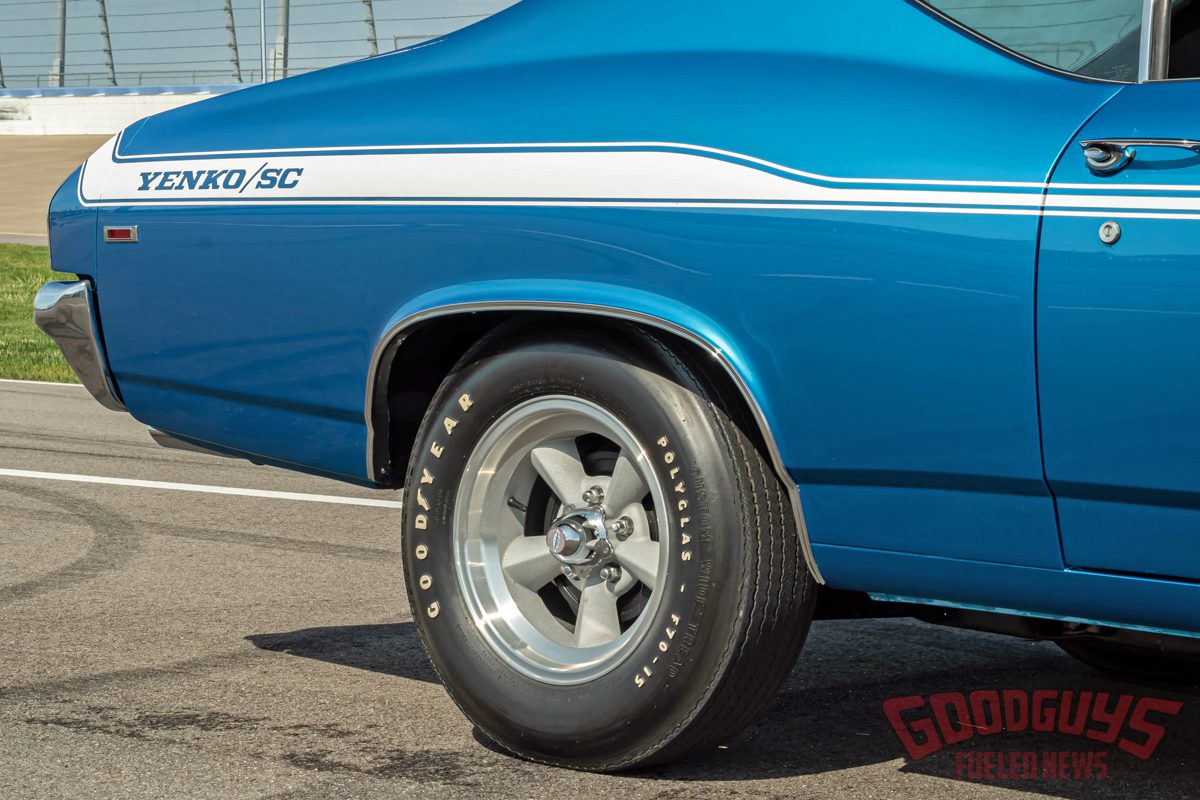 The interior was in such good shape that Johnny only replaced the headliner and carpet – the seats and door panels are original vinyl. From the factory, these cars were outfitted with the F41 heavy-duty suspension with power front disc brakes and 4.10 gears stuffed into a posi-equipped 12-bolt rearend. The Yenko Chevelle has been restored for quite a few years, but Johnny was excited to drive the car (about 30 miles each way) over to Nashville Superspeedway to share this rare piece of Yenko history with all the Goodguys performance enthusiasts.