It’s safe to say that Mark Shaw is a master of Mopar. He has searched, found, documented, restored, and collected many noteworthy Dodge and Plymouth muscle cars. At the Goodguys 6th North Carolina Nationals, his rare ’68 Dart GTS convertible joined the ranks as a 2021 Billet Specialties Muscle Car of the Year finalist. There were just under 8,300 Dart GTS’ built in 1968, yet only 315 were drop tops. To break it down even further, only 44 of those convertibles were manually shifted, making Mark’s car quite a rare piece of muscle car history. It’s also equipped with a number of scarce options including front disc brakes, a power top, bucket seats, and a console-mounted tach. Mark acquired the GTS nearly 20 years ago and went about researching and documenting the car’s history. Bought new in the southeast and raced hard, it had telltale racing scars including wrinkled floor panels and beat rear wheel wells for oversized tires. Mark cruised it for a couple years as he gathered restoration parts and NOS components before embarking on a ground-up restoration. With the help of his friend Sean Raniella, the sheet metal work began with attention to repairing rather than cutting parts out to firm up the factory structure. As the body came together, Matt Pirhalla and Mark started smoothing and prepping the body for sealing and paint. Eventually, Matt sprayed a PPG base coat and clear that matches the original Racing Green Metallic (code GG1) followed by weeks of wet sanding. As the body was coming together, Mark set about restoring the drivetrain. The engine was rebuilt to as close to factory specs as possible and the factory A833 four-speed was also rebuilt from the inside-out and now sends the power to the proven Dodge 8¾-inch rearend. 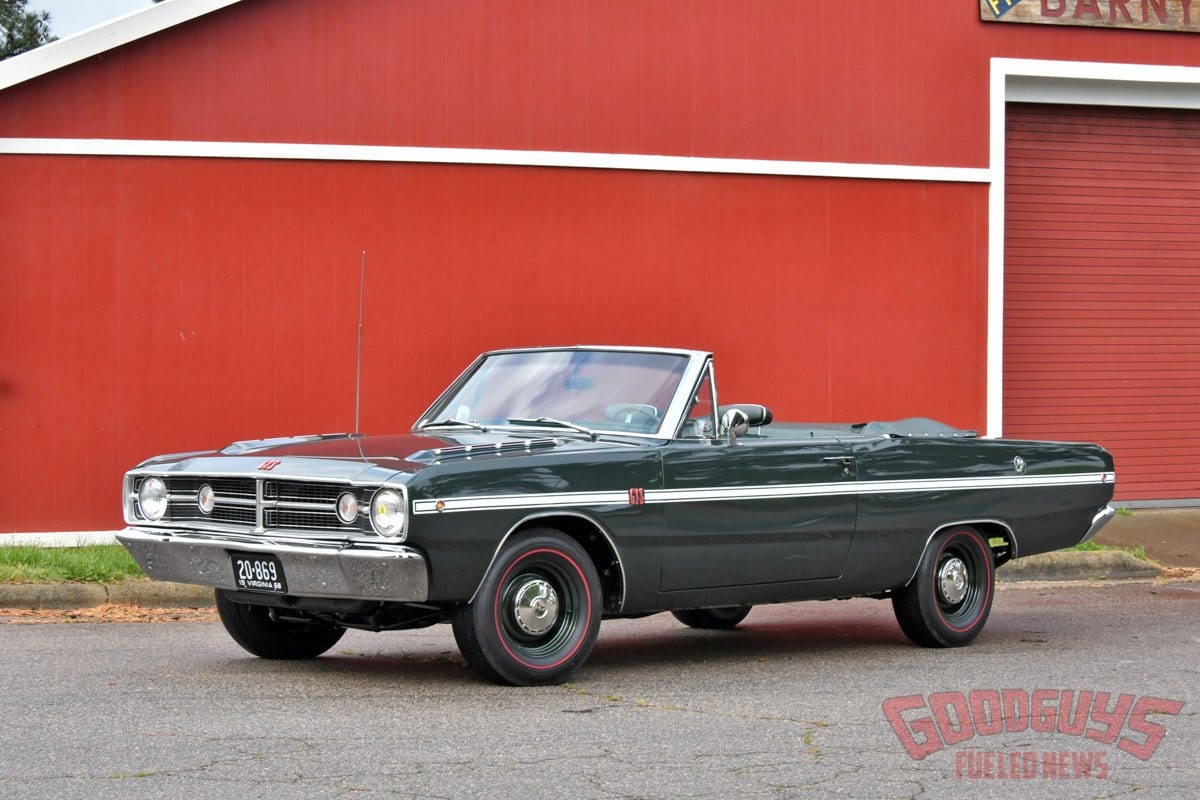 Mark’s wife, Marie, helped assemble the Sport interior with new panels and covers while Mark handled the dash, wiring and assembly. Mark stuck with the distinctive Hurst shifter due to its smoother shifting action, though he kept the original Inland model used by Dodge in early 1968 builds. The top and all of its mechanicals were also gone through to ensure smooth operation. Mark estimates that he has about 1,500 hours in the GTS restoration and understands that it couldn’t have happened without the help of his family and friends. He mentioned that he and Marie are in the final stages of their latest restoration and it should be at next year’s event – we can’t wait to see it!